You are here: Home / Archives for Summit 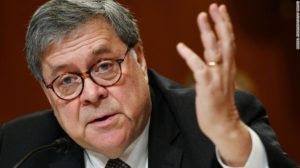 A Summit on combating anti-Semitism was held at the Justice Department in Washington, DC on July 15, 2019. The one-day summit was filled with presentations and panel discussions on various topics such as anti-Zionism, the Boycott, Divestment and Sanction movement (BDS), anti-Semitism and the First Amendment, Campus anti-Semitism and others. A myriad of experts was present to provide the audience with exposés on the various contemporary iterations of anti-Semitism.

The day started with an opening statement by Attorney General Bill Barr. His opening remarks went straight to the heart of the problem as he said, “I am deeply concerned about the rise in hate crimes and political violence that we have seen over the past decade. And this trend has included a marked increase in reported instances of anti-Semitic hate crimes. We can all agree this trend is intolerable. We must have zero tolerance for violence that is motivated by hatred for our fellow citizens whether based on race, sex, or creed. Anti-Semitic violence is especially pernicious because it targets both Jewish ethnic identity and religious practice.”Mr. Barr eloquently and passionately expressed his and this administration’s frustration over the rise in anti-Semitic acts over the past 10 years. He is right in saying that it is intolerable, and yet, we now have several new members of Congress who tolerate it and are trying hard to make it become the new normal.

The uniqueness of the new anti-Semitism is that it is a poison spewed at people ethnically, spiritually AND geographically. It isn’t just racism, religious bigotry or geo/political discrimination, it is all three. This makes it very hard to fight on all fronts from so many fields like academic, political, religious, entertainment and government.

For the longest time now, anti-Semitism has been either under-reported, inaccurately reported or simply not reported. I first started speaking and writing about it twenty years ago when people couldn’t or refused to see the handwriting on the wall. What took us so long? Bill Barr said that anti-Semitism was akin to cancer, and I agree. I have used that analogy for a long time now. Barr saw the danger when he stated “I think of the various forms of anti-Semitism as very much like different kinds of cancer. A healthy body with a strong immune system can have success in preventing cancers from emerging and spreading. But if the immune system weakens cancer can emerge. Some might be localized. But others can rapidly metastasize and become systematic. Like a physical body, a body politic must have an immune system that resists anti-Semitism and other forms of hatred. “

The Summit was good at identifying the problem, as others have partially done in the recent past. Now we must move into action to rectify, stop and prevent anti-Semitism from growing bigger. Mr. Barr described it as cancer and rightfully so. But nobody would ever think of leaving cancer unchecked. Unfortunately, the cancer of anti-Semitism is no longer localized. It is almost fully metastasized. Is it too late to eradicate? Probably not, but like with all cancer that has become aggressive, treatment must also be aggressive. There are different methods to fight cancer, as well as various levels of intensity with each method. A powerful analogy can be drawn between cancer and anti-Semitism as one looks at the various types of surgical procedures available:

• Preventive Surgery (removing pre-cancerous tissue): This can still work on a younger generation in schools and universities. They need to be educated with the facts about the Middle East in order to counter the lies of BDS and Campus Intifada.
• Diagnostic Surgery (removing tissue for cancer testing): This also can be utilized to test the level of indoctrination of students or members of various organizations. Surveys can work well towards that goal. Although unfortunately, the data is already in!
• Debulking Surgery (removing a portion of a tumor when the whole area cannot be safely cleared): This is not the best option as partial clearing of an issue often allows for it to re-occur, sometimes even in a stronger way. Planing on passing a resolution on anti-Semitism, but changing the verbiage to racism at the last minute was an example of that type of failure.
• Curative Surgery (removes the localized tumor): This might work in some isolated cases of anti-Semitism where a person can be disciplined, re-assigned or fired if necessary. The Florida principal who couldn’s say that the Holocaust was a fact and was re-assigned was a perfect example (although it is uncertain if his re-assignment will still keep away from a position of educational authority.)
• Palliative Surgery (relieves discomfort while not curing advanced stages of cancer): Encouraging people who have been victims of anti-Semitism without really facing the problem head-on.

I have seen a lot of people speak-up against anti-Semitism in the last two decades. For people in the general population, we must speak up, attend rallies and conferences, sign petitions, all to show our support of Israel and our rejection of any and all forms of anti-Semitism. At the government level though, they MUST DO MORE! The recent Summit identified a problem and exposed its dangers to the American People. Now, laws must be passed AND enforced to truly discourage this kind of bigotry and discrimination.

When you identify that you have a problem and start going to AA meetings, as you go through each of the steps, you have to make an effort to refrain from your destructive actions and be true to your accountability partner to be successful.

Step one, America has identified that anti-Semitism is a real problem, now we have to show that we truly want to stop it by making some changes on campuses, within organizations and even possibly within Congress, otherwise, it will keep poisoning the Jewish community to death. Oh, and America… Your accountability partner is that very Jewish community. Let’s get busy!