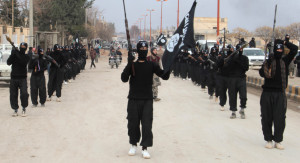 It was only fifteen years ago that I was conducting research for my first book on anti-Semitism They Have Conspired Against You. This led me to an in-depth study of the 83rd Psalm written by Asaph who was a contemporary of King David. Psalm 83 spoke of many enemies of Israel and of the pleading of Asaph with God for His miraculous intervention on behalf of the Jewish people. Of the several points made by this short psalm, I was intrigued by the ten people groups who were described as conspiring against Israel. In digging a little deeper, I realized that this covenant of nations had never taken place in the history of Israel. I also thought that there was a strong possibility that Asaph usage of the sentence: “They make shrewd plans against Your people, And conspire together against Your treasured ones. They have said, “Come, and let us wipe them out as a nation, That the name of Israel be remembered no more.” could very possibly be a literary device to express emphasis in despair. Maybe Asaph wanted to express that Israel had enemies–a true statement–and for emphasis, he described all her neighbors as the enemies, akin to someone with a few foes saying:”The whole world hates me!”

Of course, an equally valid interpretation could be that it is a future attack on Israel by a confederation of countries and/or states. I find it fascinating to look at the people described in Psalm 83:6-8: The tents of Edom and the Ishmaelites, Moab and the Hagrites; Gebal and Ammon and Amalek, Philistia with the inhabitants of Tyre; Assyria also has joined with them, and compare them to modern day countries or people groups. The results could even be too close for comfort.

By these standards, Israel finds herself surrounded by enemies who have conspired together to destroy the Jewish state. This would be a likely scenario in light of the fact that eventually the whole world will go against Israel, but we are faced with an inconsistency. There are two countries that have an ongoing peace treaty with Israel in the whole Middle East: Jordan (Edom, Moab and Ammon) and Egypt (Hagarenes, Sinai Peninsula). Yet these are listed as enemies of Israel, so how can this be possible? I wonder if the answer could not be found in the events of the last year and the progress of ISIS (Islamic State) in the region? ISIS is continuously making progress in a very volatile region, not to mention their global recruitment over the last year. A quick review of their progress could lead credence to an upcoming fulfillment of Psalm 83:

• ISIS started their bloody takeover campaigns in parts of Iraq and Syria.
• ISIS has also been trying to gain some ground in Northeast Lebanon and Northern Lebanon. The mere idea that Lebanese Christians would praise Hezbollah for fighting ISIS is frightening at best and most likely temporary.
• They even got into the Gaza Strip, giving Hamas a run for their money.
• Of course, they also recently launched an offensive in the Sinai Peninsula. How’s that peace treaty with Israel looking right now? Very shaky if ISIS spreads further into Egypt!
• This leaves us with Jordan and the Iraqi border, which have also been affected.

So there you have it in a nutshell. To an extent, ISIS has infiltrated all the areas listed in Pslam 83, INCLUDING JORDAN AND EGYPT, the only two countries with existing peace treaties with Israel. Asaph might have spoken prophetically and we might be getting really close to seeing the evil confederacy of Psalm 83 being formed. It was almost impossible to fathom that Psalm 83 would have a literal fulfillment 15 years ago. Today and with the advance of the Islamic State, I wouldn’t be a bit surprised if it took place. And what if it did take place?

While the entire civilized world appears to be in agreement regarding the barbarism displayed by ISIS, it is now becoming obvious that the terrorist group is not being stopped, let alone even contained. It is very surreal and quite puzzling to see ISIS recruits coming from all corners of the world to train under “the black banner of death”. So yes indeed,  the grip around Israel is tightening at the hands of ISIS.

Israel has her plate very full with a Hamas ruled Gaza Strip in the south and a Hezbollah ruled Lebanon in the north. The Jewish state has been on high alert since May 14, 1948. They will not provoke but they will certainly respond. They will do it better and faster than the rest of the world because their existence depends on it. To an extent, the rest of the world’s existence also depends on how serious we are about ISIS. But when you hear people such as Richard Barrett, former head of counter-terrorism at MI6 who said that:” We cannot destroy ISIS, so we will have to learn to live with it“, you wonder how serious anybody really is about defeating ISIS? We are not even discussing how Islamic ISIS really is or is not, but we are still faced with a terrorist group that is organized, wealthy, well advertised and very arrogant. The minute that ISIS crosses the line where Israel feels threatened, they [Israel] will respond swiftly and efficiently. No question about it.

We must also keep in mind the rest of Psalm 83 like verse 5 describing the enemies of Israel as the enemies of God Himself:“For they have conspired together with one mind; Against You they make a covenant.” God might or might not intervene between ISIS and the world, but if they [ISIS] go against Israel, I am certain that He will get involved. Yet, there is still time for the enemies of Israel to repent because God might be just but He is also patient as Psalm 83:15-18 says:
So pursue them with Your tempest And terrify them with Your storm.
Fill their faces with dishonor, That they may seek Your name, O Lord.
Let them be ashamed and dismayed forever, And let them be humiliated and perish,
That they may know that You alone, whose name is the Lord, Are the Most High over all the earth

The prophetic hourglass was turned on May 14, 1948 and it is running out of sand in its top section! 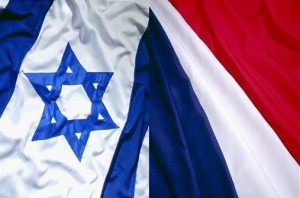