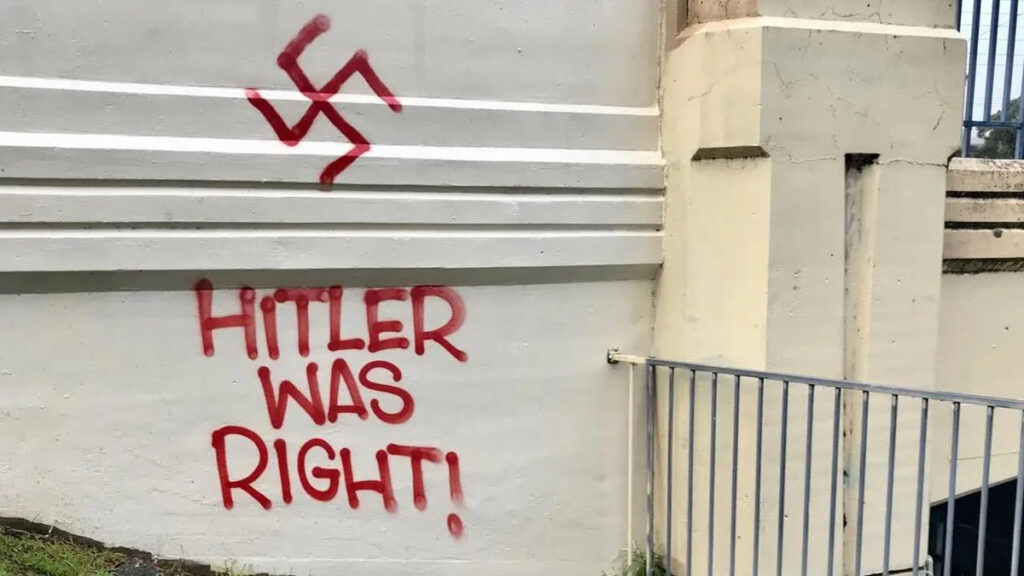 A few weeks ago, I started a list of all the different types of antisemites. I want to continue that list in part two of this article. Remember that antisemitism cannot be fully understood without the spiritual component that allowed it to persist through the centuries. It is a creation of Satan to eradicate Israel and all Jewish people. Satan is as creative as he is hateful. He has managed to summon Jew hatred from so many people around the world and over the ages.

It really helps to identify all the different types of antisemites that one can run into. Some of them might be harder to identify because of how devious Satan is at disguising the hatred and making it look like social justice. In a day and age when social justice is so attractive, many people will jump on the antisemitism bandwagon, thinking they are doing a great deed.

So, who are these various antisemites? Let us continue our list with a few more in no particular order, keeping in mind that some of the various characteristics might intersect and some people can display several of them all at once. Additionally, the list will keep growing because of Satan’s creative hatred and continued subcontracting of it to many people.

The Boycott antisemite: The Boycott of Israel and Israeli goods and personalities was revived in 2005 by Mahmoud Abbas and Omar Barghouti who repurposed the South African apartheid definition to fit the Palestinian narrative. Fighting real apartheid with a boycott made sense and the concept of a boycott isn’t bad in and of itself, but the BDS (Boycott, Divestment and Sanctions) movement is built on an entirely false premise.

People around the globe have bought into BDS and are promoting it blindly without checking the facts. The boycott antisemite will almost always claim that he/she is anti-Israel or anti-Zionist but not antisemitic. This is another case of trying to hide Jew-hatred under a thin veneer of social justice.

The Neo-Nazi antisemite: The Nazi regime left a scar that will never disappear. So much so, that after WWII, most people believed that the new Jewish motto “NEVER AGAIN” really meant something. To this day, it is very unpopular to join the ranks of any Neo-Nazi group. They only exist on the fringe and do not constitute a very serious threat. This being said, they can still be found in several countries of Europe. They espouse a new brand of Hitlerian ideology and adhere to all the antisemitic tropes and blood libels in the book.

The Coward antisemite: For the better part of 2022, various antisemitic flyers have been found in multiple US states in residential neighborhoods. The flyers accuse the Jewish people of various ills such as controlling the world, the banks, Hollywood and even the Coronavirus. Even though the flyers seem to all be connected to the same internet site known as Goyimtv.tv, there is a certain amount of cowardice in the way they are placed on private residential properties at night.

The Leftist antisemite: In recent years, antisemitism has been heavily promoted by the left. While it is important to recognize that antisemitism currently comes from the left, the right and just about all other political and ideological factions out there, the left is particularly active in denigrating Israel. What is so ludicrous is that the liberal left–for which many Jews vote to this day–is promoting an anti-Israel agenda and a pro-Palestinian narrative.

Even Radical Islam and the liberal left agree on the destruction of Israel and the Jewish people, when ideologically they agree on nothing else, being on two opposite side of the spectrum. Yet, we all know the adage “The enemy of my enemy is my friend!”

The Social Media antisemite: The advent of the Internet changed the way we communicate and consume information and data forever. There is nothing that cannot be shared almost instantly and globally. This too is an aspect of our civilization that is neutral in and of itself but again, fallen into the wrong hands; the Internet is can become a vile and even lethal weapon.

Beyond the Internet is the web of social media networks. These networks have been overwhelmingly used by Jew-haters. Sadly, when many people get penalized for speaking the truth and being perceived as divisive and racist, antisemites the world around seem to have an open platform with almost no censorship.

The Jewish antisemite: While “Jewish Antisemitism” should be an oxymoron, it does exist. It exists on an individual level with liberal Jews who boldly promote Holocaust denial and Israeli colonization and occupation of Palestine. There are also Jewish Religious groups like Neturei Karta meaning “Guardians of the City” who have opposed Zionism since the late 1890s. They even had a conference in Iran. Groups such as The International Jewish Anti-Zionist Network, while being fringe groups, still play a role in the denigration of Israel and the Jewish people. Their voice helps to embolden the more aggressive antisemites of the world.

The Isolated antisemite: Probably the most puzzling antisemite of them all is the isolated antisemite. It is the person who hates Jews openly and yet has never met one in their life. All the other racists base their dislikes of a particular people group or ethnic community on experience and interaction–not that it would ever justify such feelings. For the isolated antisemite, indoctrination against the Jews based on more than 2,000 years of libels and lies is all they need. How one can say they hate someone without having ever met them shows the irrationality of antisemitism.

So, what do all these types of people have in common in spite of their various approaches to the subject of antisemitism?

“Antisemitism is the irrational and satanic hatred of the Jewish people and Israel characterized by thoughts, words or deeds against them.” There is no room for Christians or people of goodwill in that definition. Period!