Home » Blog » Haman, Hitler and BDS: We should know better!
Spread the love 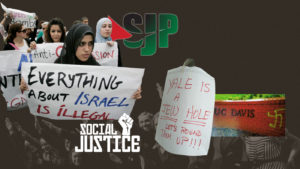 What do the book of Esther, the Nuremberg Laws of 1933 and the Boycott, Divestment and Sanctions (BDS) movement have in common? A lot more than meets the eye! There is a theme found in Esther about Haman’s disdain for the Jewish people that is quite unique in the biblical record. We find the first step in Chapter 3 where Haman puts his curse against the Jews in motion, and because of one Jew, namely Mordecai, Haman seeks to destroy all of them. We start seeing the irrational behaviors promoted by an anti-Semitic heart. Haman seeks to destroy all the Jews of the Persian Empire (at that time the vast majority of the Jews lived in the Persian empire, thus Haman sought to kill ALL THE JEWS). In a sense, Haman tries to make anti-Semitism a government-sanctioned policy

After these events, King Ahasuerus promoted Haman, the son of Hammedatha the Agagite, and advanced him and established his authority over all the princes who were with him. And all the king’s servants who were at the king’s gate bowed down and paid homage to Haman; for so the king had commanded concerning him. But Mordecai neither bowed down nor paid homage. When Haman saw that Mordecai neither bowed down nor paid homage to him, Haman was filled with rage. But he disdained to lay hands on Mordecai alone, for they had told him who the people of Mordecai were; therefore Haman sought to destroy all the Jews, the people of Mordecai, who were throughout the whole kingdom of Ahasuerus. (Esther 3:1-2, 6-5)

Furthermore, he proceeds to give the reason why the Jews are not wanted in Ahasuerus’ kingdom, and that is simply because they are different from everybody else and Haman feels that they just don’t fit.

Then Haman said to King Ahasuerus, “There is a certain people scattered and dispersed among the peoples in all the provinces of your kingdom; their laws are different from those of all other people, and they do not observe the king’s laws, so it is not in the king’s interest to let them remain. (Esther 3:8)

Haman realizes that his endeavor will require some logistical finesse, so he asks the king to issue a decree for the destruction of the Jewish people. He even offers to finance the carnage.

“If it is pleasing to the king, let it be decreed that they be destroyed, and I will pay ten thousand talents of silver into the hands of those who carry on the king’s business,…And letters were sent by couriers to all the king’s provinces to destroy, to kill, and to annihilate all the Jews, both young and old, women and children, in one day, the thirteenth day of the twelfth month, which is the month Adar, and to seize their possessions as plunder.
(Esther 3:9-13)

Fast forward to 1935, the Nuremberg Laws were introduced and Jewish people lost their citizenship. Marriage and/or sexual relations between Jews and Aryans were prohibited and severely punished. Additionally, guidelines were created to determine who in Germany would qualify as a “mischling” (half breed) and who wouldn’t. The Nuremberg Laws would set the stage for the final delegitimization of the Jewish people before the Final Solution could be implemented. By 1935, Hitler was solidly established in power. Few, if any, would dare to contradict him. His obsession with the “Jewish problem” would soon lead him to the next step in his attempt at the destruction of European Jewry. While the outcome was unfortunately different in each case, the process by which Haman sought to annihilate the Jews as seen in various verses of Esther 3 and the one used by Hitler have many similarities:

We can clearly see the correlation between Haman’s attempt to annihilate the Jews and Hitler’s evil agenda of death, but what about the current BDS movement? BDS co-founder Omar Barghouti doesn’t even hide the fact that the ultimate goal of BDS is the eradicaton of Israel.  BDS is another way to delegitimize Israel in the eyes of the global community in the name of human rights and social justice. Yet, under this self-righteous veneer of human rights activism, is a new brand of antisemitism. Whole countries are now starting to follow suit. Ireland just passed a law to Boycott Israeli products from Israeli settlements.

• Painting the Jewish people as misfits of society as Israel “occupies Palestine.”

• Recruiting the help of willing promoters and seeking financial back-up anywhere they can find it.

Satan, the ultimate enemy of the Jews is constantly re-inventing himself to further demonize and ostracize Israel. Ideologically, BDS is an extension of Hitler’s agenda which was parallel to Haman’s agenda. BDS is a lot more than an economic, academic or entertainment boycott. People need to dig a bit deeper to see the real motives of that sick movement.
Incidentally, when we are told by BDS to stop buying Israeli products, we should do the exact opposite and support Israel’s economy. How? It is quite simple. Go to a BDS website and buy the exact products they tell you to stay away from. They’ve done all the work for you!