Home » Blog » Do Jewish Lives Matter only in Theory?
Spread the love 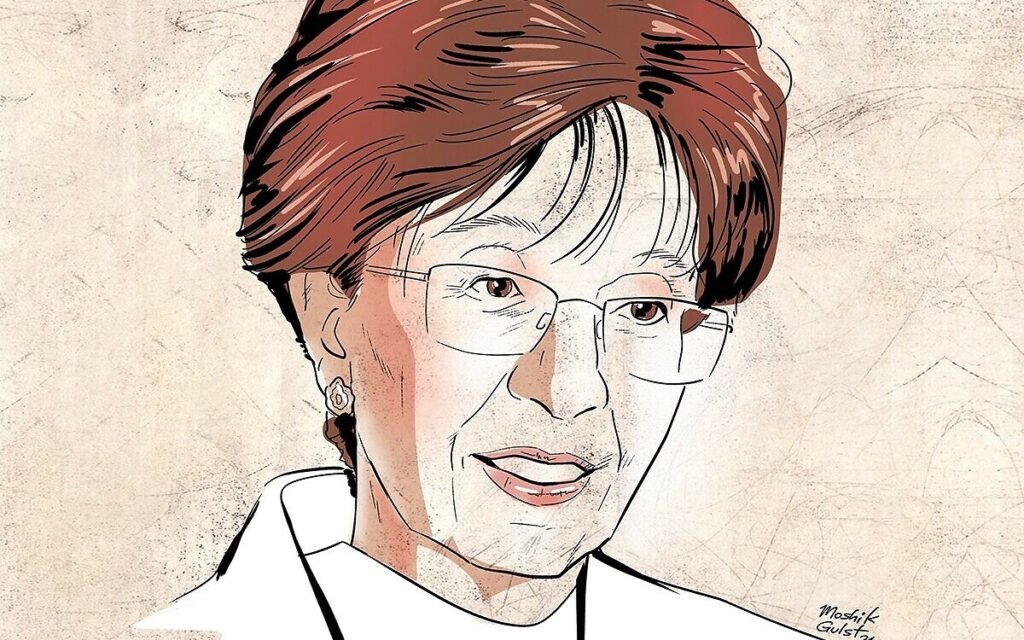 If 2020 was the year of Covid-19, it was also the year of the US race riots. The tragic death of George Floyd is still having ripple effects in America, and the motto “Black Lives Matter” continues to be seen and heard across the land. It is not my intention to debate the various ways that this motto has been used, suffice it to say that there exists a certain amount of racial inequality in America that needs to be addressed if we desire to move towards solving it. Being a Bible believer and modern-day follower of Yeshua the Messiah, I believe that “All Lives Matter” to God and should matter to us as well.

The African American community has been at the forefront of the news for the past year; and while much remains to be accomplished, voices are heard and opinions are formed and even altered for the better. It’s all good, but unfortunately, it is not equally good for all people. I am devastated by the recent news out of France regarding the trial of a man who murdered an innocent Jewish woman. All seems to indicate that in France–and possibly other countries–Jewish lives do not matter. Let me elaborate.

On April 4, 2017, 65-year-old Sarah Halimi, a retired doctor, was tortured by her neighbor Kobili Traoré, and then thrown to her death from the window of her third-floor apartment. Traoré committed this murder while reciting verses from the Qur’an and calling Sarah Halimi a “dirty Jew”.  Upon throwing her through the window, Traoré shouted in Arabic that he had succeeded in killing an evil spirit or “killed the Satan”.

When questioned, Traoré declared that he felt “persecuted”, and after realizing that he was high on marijuana, the French justice system decided that he would not stand trial. That decision basically sent the message that anyone’s voluntary drug consumption exonerates them from any responsibility. Traoré was officially acquitted in April 2021 and is literally getting away with murder, while the global media is – for the most part – completely ignoring this story.
France continues to be a very secular country and authorities don’t like to report acts of antisemitism. This doesn’t stop people from reporting them, but since not much gets done to remediate the problem, many of these acts remain unreported at worst or wrongly reported at best.

It is also shameful that much of the media in France and in the USA decide to remain silent on the fact that Traoré will walk free after killing a Jewish woman. Islamic antisemitism is a very touchy subject in France. They only started to report the news after the decision to let Traoré walk free and when the Jewish community started to protest in large numbers. It looks like a reaction to a protest that couldn’t be ignored rather than honest reporting about a murder that went unpunished. Within a few days of the acquittal, a police officer in the city of Rambouillet near Paris was stabbed to death by a Tunisian man. The news in France, Europe and the United States were all over it within hours. The death of that police officer was a tragedy indeed, leaving a father and two children behind. Its reporting was necessary, but when I compare the two events and how one was ignored, I cannot help but think that there is a double standard being applied here. What a shame!

Traoré’s exoneration sets an extremely dangerous legal precedent in France and the rest of the world. French President Emmanuel Macron said that the Jewish community has his full support. What did he mean by that? Were these empty words to save face? It is not the first time that Jewish people have been killed in France in recent years. What about the multiple stabbing of Holocaust survivor Mireille Knoll in 2018, left to die in her burning apartment? Of course, we all remember the kosher supermarket carnage of January 2015 when four Jewish shoppers were murdered. That was six years ago! The site of the tragedy–just a stone’s throw from the house I grew up in– continues to see flowers and photos brought in memory of the victims, that’s very thoughtful, but you cannot fight terrorism and antisemitism with flowers, photos and poems.

Before that, there was the 2012 Toulouse massacre, when Mohammed Merah entered a Jewish day school and killed three students and a rabbi in cold blood. What about 2006, when Ilan Halimi (no relation to Sarah Halimi), was tortured, burned over most of his body and then thrown beside railroad tracks to die? Not to mention the killing of Jewish people that occurred in other parts of the world such as the Pittsburgh synagogue and the San Diego attack of recent years.

Back to the Sarah Halimi case. The man who killed her didn’t just kill her. He insulted her, killed her and then threw her out her apartment window. This shows much more than killing for whatever motive, it shows violent, uncontrollable hatred. We are told that because he was high on cannabis, he was not acting rationally because of being in some sort of altered state. The problem I have with that is that whenever someone is under the influence of any mind-altering substance, it doesn’t just alter their behavior, it may also enhance the tendencies that lie dormant within them. Whatever control that person may have while sober may not be controlled while under the influence. To say that Kolibi Traoré cannot be held guilty of murder because of cannabis in his system is wrong, but to decide to not even go on with a trial is adding insult to injury. Even if murder is off the table–and it shouldn’t be–manslaughter would be the absolute minimum charge. Doesn’t that endanger Jewish lives elsewhere once someone is seen to be not responsible for their actions because of a drug or alcohol?

I can promise you that if the victim(s) had been from the Muslim faith, the case would have not been swept under the rug. If the victim was a Muslim thrown out the window by a Jew, the Imams would be all over the case and the news would have exploded with the details shouting “Islamophobia” from the social networks’ rooftops. For Jewish victims…Not so much! Let me reiterate that all lives matter: Jewish, Muslim, Christian or atheists, but why is this case of murder ignored and the perpetrator exonerated of any responsibility? What a slap in the face of the Jewish community, and not just in France.  This will probably be seen as a go-ahead for violence against Jews elsewhere.

This can only encourage antisemites to perpetrate more crimes against Jews as they see that their actions if noticed AND if reported properly, might not even garner any punishment. Justice is usually served, but maybe not for Jews, after all.  At least not for the foreseeable future in France. This is despicable and very scary for the Jewish community of France. That community already doesn’t report all antisemitic acts because very little if anything gets done when they do. Sometimes Jews even get accused of playing “the victim card” or calling any disagreement with the Jewish community “antisemitism.” There might have been some abuse in that area, but throwing a Jewish woman through her third-floor window screaming “Allahu Akbar” and “I have killed the Satan” is antisemitism without a doubt. So, do Jewish lives matter? Well, it certainly looks like they don’t in France.

In every situation, there are always going to be the perpetrators, the victims and the bystanders. In the case of Sarah Halimi (the victim) and Kolibi Traoré (the perpetrator), inevitably, there are some bystanders. People who are not Jewish, people who fear Islamic extremism’s repercussions and people guilty of “soft antisemitism” who wouldn’t kill Jewish people, but certainly don’t care if someone else does.
If you don’t see the beginning wave of a repeat of history in Europe, you are not really paying attention. The last time a Jewish life was worth nothing, we let an evil man and his cohorts decimate six million Jews in the most horrific, systematic way possible.

The never-ending scapegoating of the Jews and bloody massacres against them will not stop until Messiah brings peace to the world. That day will come soon at the Second Coming of Yeshua of Nazareth. Some people say that since we cannot stop evil, we should just pray for God to intervene, and He might very soon. After all, if Hitler had not committed suicide, who knows how many more Jews would have perished at the hand of the Nazis. It is believed that Germany would have acquired the atomic bomb within six months after he died. Imagine the damage inflicted if that would have taken place.

So, yes God is absolutely in control, but He works through people. Not because He needs our help to fulfill His program, but because He wants to give us opportunities to bless and be blessed. Don’t be a bystander, be a lending hand, be a helper, be a blesser and be blessed as you do your part in reassuring the Jewish community that Jewish lives do matter! In the meantime, don’t be surprised if French Jews start making Aliyah in droves again. After all, didn’t France just throw them under the bus?

In all their affliction He was afflicted, And the angel of His presence saved them; In His love and in His mercy He redeemed them, And He lifted them and carried them all the days of old.
(Isaiah 63:9)