Home » Blog » Christians and Jews Must Fight the Beast of Antisemitism Together!
Spread the love 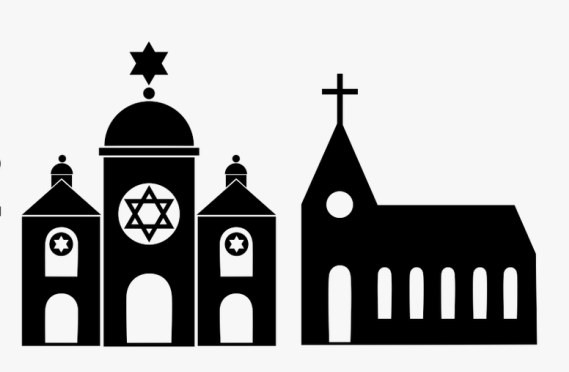 There are many things that Christians and Jews don’t agree on, the main one being Yeshua (Jesus). While I wholeheartedly agree with 19th-century British prime minister Benjamin Disraeli who said that “Christianity is Biblical Judaism fulfilled,” Judeo/Christian relations have been complicated over the centuries. Many will agree that Christianity started as a Jewish sect. Still, over time, the Jewish heritage eroded, and the Gentile Christians couldn’t or refused to relate to their Jewish brethren.  A theological wedge was placed between Jews and Christians. It progressively grew and separated the two, to the point where from a Jewish sect not knowing what to do with Gentiles; we now look at a Gentile faith not being able to relate to Jewish people.

Despite this great divide, Jews and Christians can still find reasons to join forces when a cause is worthy of their partnership. While both sides might feel like they have the right answers to spirituality and never agree, when it comes to fighting antisemitism, the fight belongs to both Jews and Christians individually and corporately. There is no doubt in my mind that Yeshua (Jesus) is the Messiah of Israel and Savior of the world but let us set aside this argument and look at the elephant, scratch that, the mammoth in the room: Antisemitism.

Antisemitism is the hatred of the Jewish people and Israel characterized by thoughts, words and deeds against them. Fighting antisemitism is a worthy cause, no matter what angle you view it from. Israel has always had and will continue to have friends and foes. there are three reasons why the current state of antisemitism is alarming and very concerning: Frequency, Intensity and, more recently, Normalization.

• Frequency: This is not news to anybody keeping a serious eye on Israel and the Jewish people. I have been monitoring antisemitism globally for almost 23 years. What used to yield a monthly or weekly news article now fills my email inbox on a daily basis.  This only takes into consideration what is being reported. Many incidents are not categorized as antisemitic or are just willfully ignored. In many cases, depending on who was initiating the antisemitic acts, no reporting or biased reporting takes place for fear of reprisals. I do not see the frequency slowing but only increasing.  From this point forward, there are more reasons why people of goodwill must join forces to fight the same enemy.

• Intensity: As if the frequency wasn’t enough of a problem, we also have to take intensity into consideration. What used to be mostly verbal abuse against Jewish people and those who support Israel has become violent over the last decade. Jews are being killed again. To be sure, not in the gruesome numbers seen during World War II, but even one life is too many.  In 2015, a hostage situation resulted in the death of four Jewish shoppers on the east side of Paris, two days after the mass murder at the Charlie Hebdo magazine. In 2017,  French Jewish doctor Sarah Halimi was thrown to her death out of her apartment window in Paris. In 2018, 11 congregants were killed during service at the Tree of Life synagogue in Pittsburg. In May 2022, an old Jewish man was thrown from the 17th-floor window of his Paris apartment. These are just a few examples validating the fact that antisemitism is moving from thoughts and words to actions. But we must understand that, almost always, actions are derived from words because words have meaning, and once spoken; they have consequences. I believe that what is leading to an increase in both frequency and intensity is the third criterion, known as normalization.

• Normalization: By normalization, I mean that antisemitism barely makes a blip in the news cycle in America.  It’s being accepted as a piece of the fabric of America, as it is going mainstream, but it is the piece that should be removed. Outside of groups like neo-Nazis or radicalized hyper-religious sects, antisemitism was usually dormant or somewhat suppressed. In fact, it could be argued that one of the biggest challenges that those who fight antisemitism have had in recent years is apathy, not normalization. For various reasons, people simply didn’t care and didn’t react much to anything antisemitic on the news, the social networks or even in their own communities. In principle, people would always agree that antisemitism is wrong, but in practice, people didn’t care much about it, or they looked the other way. Was it fear of retribution? Possibly! Yet, that is not the end of the story. Now, antisemitism is going mainstream, and people are going from apathetic to supportive. This normalization is hitting us from various angles:
• The Hebrew Israelite Movement is promoting the notion that African Americans are the real Jews sidelining the real physical descendants of Abraham, Isaac and Jacob through the twelve tribes. There is no biblical evidence for such a claim which is painting authentic Jewish people in a very precarious light. This is a movement that is supported by several famous and influential celebrities, making it more attractive and believable to the masses.
• Stand-Up Comedians are now using age-old antisemitic tropes about Jews controlling the world, the banks or Hollywood to generate laughter from their audience. When antisemitism goes mainstream, it goes from suppressed to accepted to promoted. We are currently in the “accepted” stage.
• Famous people boldly proclaim that the Holocaust never happened and even that they find that Hitler had redeeming qualities.
• Another arena where antisemitism should never be seen is in the world of sports. Unfortunately, the Qatar 2022 Soccer World Cup seemed to be fertile ground for various enemies of the Jewish state.
• Unexpectedly, possibly the most concerning recent poll, is the one regarding how Jewish people are perceived during a hiring process. Jewish applicants seem to have less of a chance of being hired in 2022, and nobody seems to care. 25% of hiring managers would think twice before hiring a person if they knew that the person is Jewish. Some of their findings are chilling:

Let me repeat this, almost one-third of people polled responded that antisemitism is acceptable! Not that it is present, not that it is unfortunate, not that it is a problem, but that it is ACCEPTABLE! When a minority of people are against the Jews and another minority of people are fighting their bigotry, there is hope. Still, when it becomes acceptable to be antisemitic, normalization has taken root deeply enough to make it difficult to uproot it, and its growth will be exponential. This will require those who fight antisemitism to move to the front lines, and this is why Jews and Christians have no choice but to put their theological and cultural differences aside and fight the beast together.

To Christians, remember that the Jewish community might not accept and embrace you. Christians have a lot of baggage. You might not feel that the baggage is yours, but as a part of the Body of Messiah, it is part of your unfortunate, dark and bloody heritage. Now is not the time to cancel antisemitic Church history, but to acknowledge that it took place while not condoning it.
To Jews, give your Christian friends and neighbors a chance to tell you how they feel about Israel and the Jewish people. Do not paint Christians with the broad stroke of Jew-hatred without hearing them out. You might be surprised.
The normalization of antisemitism is the abnormal result of a fallen human race misled by Satan. Remember that antisemitism goes through phases. When normalization starts picking up momentum, the last stage will be an organized attempt at destroying the Jews. It’s not like we haven’t been there before!