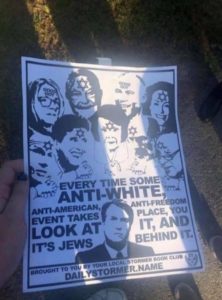 The Jews make the only people group that has been accused of almost all the ills of the world in the last 2000 years. They have been accused of killing Christian children at Passover, poisoning the wells of Europe to cause the Black Plague, lending money at high interest rates, not to mention the Crucifixion of the Messiah.

There is a unique predicament that Jewish people find themselves in. Not only have they continually been accused of many ills, but they are often equally found guilty on either side of an issue. In the first half of the twentieth century, Jews were accused of being communists and socialists and while, some adhered to the ideology by personal convictions, Communism was never exclusive to the Jewish people. At the same times, the Jews were also accused of being capitalists. Again, while Capitalism has definitely benefited Jewish people and we can honestly say that many Jewish people have a shrewd sense of business and profit, Capitalism isn’t exclusive to the Jews.

Strangely enough, when it comes to scapegoating the Jews, common sense has no place in the rhetoric of the antisemite. Irrationality reigns in a world dominated by those who seek to fault the Jews, any chance they have.

A recent example is the confirming of Supreme Court Justice Brent Kavanaugh. The process by which he was confirmed was a painful reminder of how far we have gone with the polarization of America. It had nothing to do with any Jewish conspiracy focused on taking over the world, and yet the Jews have recently been accused of being behind it. This takes us back to the “global Jewish takeover” hoax known as “The Protocols of the Learned Elders of Zion.” first published in 1904 by Russian Sergei Neilus. It was and continues to be believed as truth by antisemites.

Days after Brent Kavanaugh was confirmed, people at both UC Davis and Berkeley in California, posted antisemitic flyers accusing Jews of being behind Justice Kavanaugh’s confirmation. The text said, “Every time some anti-white, anti-American, anti-freedom event takes place, you look at it and it’s Jews behind it.” Around the text, you can see mugshots of Jewish members of Congress with stars of David on their foreheads, George Soros and a few Gentiles with “Good Goy” written on their foreheads were also part of the design. The posters were apparently produced by the “Daily Stormer Book Club”, a neo-nazi organization. They were quickly removed and the schools denounced the antisemitic actions.

What most people missed though is the fact that the “Jews” accused of being behind the confirmation were all Democrats, and as liberals, they fought against Judge Kavanaugh, not in favor of him. Even billionaire George Soros who has Jewish blood is known for financing a lot of anti-conservative events.

Once again, ignoring the truth, antisemitism’s goal is to demonize the Jews. Those who fought Brent Kavanaugh to the end included all kind of people. Some were Jewish some weren’t, but those who were Jewish instantly became guilty. Guilty of what, you might ask since they actually supported the people who didn’t want Kavanaugh to become the next Supreme Court Justice? Guilty of being Jewish, which in the eyes of the antisemites seems to be all they need!