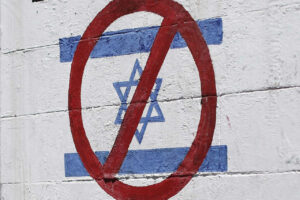 Recently, the Danish Bible Society published a new Bible known as “The Bible 2020.” It should be called the RTV (Replacement Theology Version.) It is currently only available in Danish but has already been reviewed by a few people. I do not claim to read that language, so I have not been able to read it myself. I am always very reluctant to write a commentary on anything that I cannot source beyond the shadow of a doubt. The reason why I am making an exception is that a myriad of news outlets and ministries have already expressed their concern about the new Bible. It inaccurately replaces or even ignores the word “Israel” (73 times in the New Testament) referring to either the land or the people. This Bible is nothing but a biased treatment of the Word of God, and frankly, it is no Bible at all, and it is a very dangerous document. Here are a few reasons why:

• The original Hebrew and Greek manuscripts all contain the word “Israel”: While we do not have the original manuscripts penned by the original authors such as Moses, Isaiah, Matthew, Paul, James, etc, we have access to a plethora of early copies including the Dead Sea Scrolls and other Church documents that all include the word “Israel” without exception. So, this Bible cannot qualify as a new Danish translation because it omits an important word like “Israel.” It also cannot qualify as a new version, because it doesn’t just take a word to paraphrase it, in some cases, it just erases it altogether. I call it “Playing God”, and that is a very dangerous game!

• Its publishers are guilty of double-standards: One of the main reasons given for the new alteration is that biblical Israel is very different from Modern Israel and modern Jews are different from ancient Israelites. There is no doubt that several millennia separate the biblical days from today, and that many things have changed. This being said, modern Israel exists because of its undeniable foundation on biblical Israel. Evidently, the Jews of today are in many ways, not the Jews of yesteryear, but, by God’s grace, they still exist! Is Greece today what it was in the days of Paul? Is Egypt today the same Egypt we read about in the Bible? Of course not! Why are the words “Egypt” or “Greek” remaining in this new Bible? An obvious double-standard is being applied. This makes me think that they had an ulterior motive.

• Such a “Bible” widens the divide between Christians and Jews: At a time when antisemitism is thriving around the globe, Jewish people need to be reassured that they have Christian friends. Publishing a Bible that erases Israel is sending a clear message to the Jewish people, “We the Christians do not think that Israel is important enough to remain in the Bible.” It is a short road between a Bible without Israel and a world without Jews. This is not to say that all Christians are antisemitic, but such a document renders the relationship between genuine Christians and Jews ever so more complicated. There is apparently a Lutheran connection to this project, and that just adds oil to the fire that was started by Martin Luther at the end of His life when he wrote Of the Jews and their Lies. This doesn’t mean either that all Lutherans are antisemitic.

• Such a “Bible” emboldens the enemies of Israel: This becomes one more arrow in the quiver of Jew-hatred used by people like those in the Boycott, Divestment and Sanctions (BDS) movement who aim at ostracizing, demonizing and eventually eliminating the Jewish people. If the Bible excludes Israel or at the very least redefines it, it simplifies the job of those who want to rewrite history. This “Bible” could very well become a favorite for historical revisionists.

So, a Bible like this isn’t really a big surprise since the whole world is increasingly squeezing the vise on Israel. It is just one more proof showing us how close we are from the final chapter in the “Real Bible.” That’s the one where Messiah Yeshua returns to establish his kingdom after fighting all those who went against Jerusalem (Zech 12:9.) Upon His return, He will establish His messianic kingdom with His people among which the Jews will be the head and not the tail. Additionally, according to Zechariah 8:23, we know this: “Thus says the LORD of hosts, ‘In those days ten men from all the nations will grasp the garment of a Jew, saying, “Let us go with you, for we have heard that God is with you.”‘”

That is the biblical truth that includes Israel and excludes the enemies of Israel, whoever they may be! 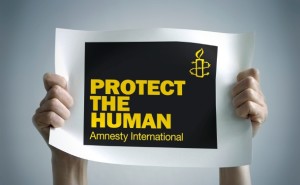