Home » Blog » Three Things Not to do on Yom HaShoah!
Spread the love 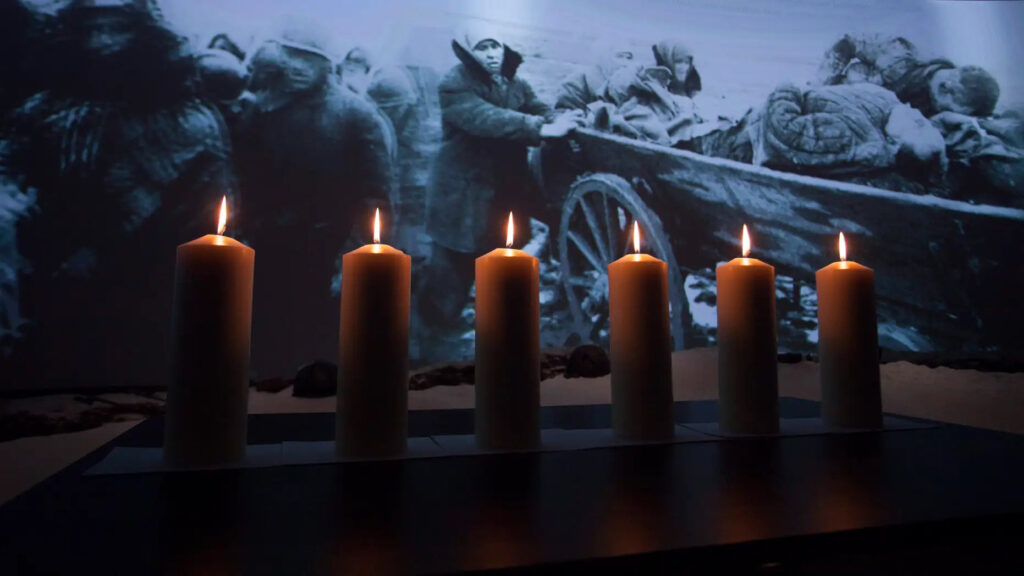 It was in 1951, only eight years after the close of World War II that Yom HaShoah became an official national memorial day in Israel. Prime Minister David Ben-Gurion established that day as a yearly memorial for the six million Jewish victims of the Holocaust. Since then, every year and all over the world, Jewish people remember the Shoah or “Catastrophe” as they perpetuate the memory of their lost, loved ones. In Israel, on that day, two minutes of silent reflection are observed at 10:00 AM, as a siren is heard all over the country. It isn’t unusual to even see motorists stop in the middle of the road and get out of their cars to observe that solemn moment. The observance became law when the Knesset voted on it in 1959.

in 2022, more than ever, it is critical to reflect on what General Eisenhower decided to do when he first visited the camps. General Dwight Eisenhower caught the importance of documenting and remembering the Holocaust the minute that he walked inside the camps. As he visited one of the sub-camps of Buchenwald with Generals Bradley and Patton, he started to realize the magnitude of what he was witnessing and immediately wrote a letter to the head of the Joint Chiefs of Staff, General George Marshall in which he said: …”The things I saw beggar description. While I was touring the camp I encountered three men who had been inmates and by one ruse or another had made their escape. I interviewed them through an interpreter. The visual evidence and the verbal testimony of starvation, cruelty and bestiality were so overpowering as to leave me a bit sick….I made the visit deliberately, in order to be in a position to give first-hand evidence of these things if ever, in the future, there develops a tendency to charge these allegations merely to ‘propaganda.'”And yet, despite the commendable efforts made by Eisenhower and others, the Holocaust currently runs the risk of being relegated to some obscure corner of history, even worse…Some will soon believe that it simply never happened. There are several things that we shouldn’t do on such an important memorial day as Yom Ha Shoah.

• Do not promote or commit Holocaust distortion: For some very morbid reason, some people around the globe feel the urge to distort the Holocaust and use some of its symbols inappropriately. The yellow star of David patch used by Nazis to identify Jews during World War II has been misused in many ways over the years, up to recently being used in the context of Covid as a horrific yellow star with the words COVIDCAUST in it. We could also call this a case of cultural appropriation done in very poor taste.

• Do not use double standards: Nobody is denying the Cambodian genocide of 3,000.000 (1975-1979), or the Armenian genocide of 1,500.000 (1916-1922), or even the Rwandan Genocide of 650,000 (1994.) Yet, for some unexplained reason, many pseudo-historians are spending time and resources to prove that the Holocaust never happened. Why would people be so focused on one single ethnic cleansing and not question the others? Is it possible that since the Holocaust is about Jewish people and anti-Semitism is alive and well, the Holocaust suffers at the hands of historical revisionists to promote their xenophobic agenda?

• Do not minimize the Holocaust: Historically speaking, the Shoah is a unique genocide for at least one reason. It is the only attempt at annihilating a people group–The Jews–by even going outside of the area where they resided to gather them and bring them back to their certain death. It was an orchestrated, organized attempt at the total destruction of European Jewry. With all other genocides, as brutal as they might have been, there was always a way for potential victims to escape and/or immigrate. This was rarely the case for the Jews during the Holocaust years.

Some claim that the Holocaust never happened, some claim that it was greatly exaggerated, some claim that it was used as Jewish propaganda and some think that we talk too much about it. The frightening truth is that according to a recent survey by the ADL, 1/3 of the world population believes that the Holocaust was a myth... One third! With the remnant of survivors dwindling to a handful of nonagenarians (90-year old and older), things are not looking up for the accurate historical preservation of the Jewish catastrophe unless people of goodwill speak up.

This year, on Yom HaShoah, wherever you are in the world, why don’t you take two minutes in your day at 10:00 AM, and spend it in prayer for the Jewish people?
• Pray that history will not be revised.
• Pray the remaining survivors would have opportunities to tell their stories to their communities.
• Pray that Holocaust deniers would be silenced or have a miraculous change of heart.
• Pray that the Jewish people would find their Messiah in the person of Yeshua of Nazareth.

In memory of my Grandfather Maurice Weinzveig, born 4 December 1898, Olikka, Russia
Who perished in Auschwitz. One in six million.