You are here: Home / Antisemitism / The Time to be a “Righteous Gentile” is Today!
Spread the love 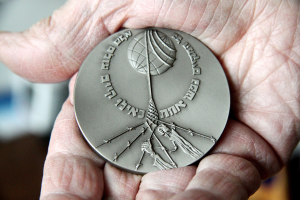 After the Second World War, as Europe was coming to grips with the horrors of the Holocaust, it became evident that while most of the world turned its back on the Jewish people, some people found it in their hearts to help. While it was expected that Jewish people would help their own–and they did–help also came from Gentiles. By 1953, only six years after the war, Israel, then a modern nation since 1948, decided to start gathering information about those Gentiles who helped Jews during the Holocaust years. Gentiles became recognized as “Righteous Among the Nations” based on three criteria as they helped Jews during the war years. First, they were not Jewish. Secondly, they acted risking their own lives and finally, they received no money in exchange for their deeds. In 2019, there are less than 27,000 Righteous Gentiles whose names Yad Vashem recognizes worldwide. In the scope of the six million innocent Jewish victims of the Nazi Death Camps, this is a drop in the ocean. But what about modern-day Righteous Gentiles? Do they exist? Who are they, and where are they?

In light of antisemitism’s global rebirth, we need modern-day Righteous Gentiles more than ever before. I am convinced that at the rate Jewish hatred is growing, it won’t be long before the global Jewish community will need help from outside once again. In some ways, we are already there when we consider the attacks in  Pittsburg, San Diego, New York and the numerous–almost daily– incidents in Europe. How can we identify The Righteous Gentiles of today?

They read their Bible and they believe God’s plan for Israel
Anytime one reads their Bible, not trying to allegorize the stories that God gave us, they cannot help but discover a theme throughout its pages: Israel and the Jewish people–from early in Genesis all the way to Revelation, and almost on every page of the Bible. This is not to say that one must read their Bible to love the Jewish people. There were and still are many people who might not be religious or have any spiritual connection, and yet, have nothing against the Jewish people. People of good will have always existed. Yet, I do believe that modern Righteous Gentiles will have a greater propensity to help Jewish people if they read their Bible. Taken literally, the story of Israel and the Jewish people is based on promises and covenants made between the God of Israel and various leaders of Israel. Except for the Mosaic Covenant (parallel to all the others AND conditional), these covenants are all connected, unconditional and based on God’s unchanging character.

They live their Bible
One important aspect of the Righteous Gentiles is that they not only believe the Bible, but they also live it daily. While no Bible believer is made instantaneously perfect by following the teachings of Yeshua of Nazareth, they are encouraged to live for Him and through Him. As a result, Righteous Gentiles strive to apply biblical principles to their own lives, just like the people of the French village of Le Chambon did during World War Two. Somebody once said, “Preach the Good News every day, if necessary, use words!” Our actions ought to be enough to demonstrate what we believe and why we believe it. Words are good but actions are better!

If you are a Gentile today, ask yourself these few questions, and if your answer is YES, then you might be a Righteous Gentile awaiting his/her call to reach out to God’s chosen people.
• Do you believe the Bible’s promises for Israel and the Jewish people will be fulfilled literally?
• Do you believe the Jewish people are at risk again?
• Are you willing to take risks to help your Jewish friends?

While I do not believe that Bible believers will go through the horrors of the Great Tribulation, in Matthew 25:40, we see how serious Yeshua is about the way Gentiles should treat Jews. At the end of that seven-year period of perilous times, Gentiles who would have survived the Tribulation and helped Jews in the process, will be recognized by King Yeshua, “The King will answer and say to them, ‘Truly I say to you, to the extent that you did it to one of these brothers of Mine, even the least of them, you did it to Me.'” These Righteous Gentiles will not earn their entrance into God’s Kingdom because they protected Jews during the Tribulation, but their actions will simply demonstrate that they had become believers during that time, leading them to make the right choices.

The time to be a Righteous Gentile is today. Unbeknownst to them, the Jewish people are counting on you!