You are here: Home / Antisemitism / The Day the Canary Became an Eagle!
Spread the love 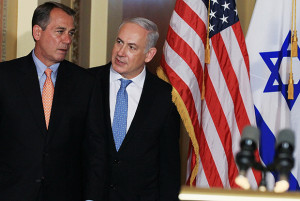 There is an old story that goes back to the days of coal mining when gas leak explosions loomed at every corner of a mine. Miners would keep a canary in a cage with a person assigned to watching the small bird. At the first sign of the bird collapsing and dying, the miners would know that a gas leak was present and would immediately evacuate the mine before an explosion could potentially burry them alive.

We have been told over and over by some of the wisest political analysts, and many Bible scholars, that we should watch Israel closely. Jacoby claimed in 2002 that Europe was going to fall if they didn’t stand against Israel haters and anti-Semites. Today, Europe is watching as its own Jewish community is leaving in droves to move to Israel. The Jew-haters are winning Europe (not necessarily without the help of some natives, sad to say!).

This fate is unfortunately not reserved only for Europe. It is a global shadow covering an increasingly larger geographical area. As much as many Americans would like to believe it, America is not immune. The canary [Israel] applies to America as well. On March 3rd, 2015, the canary desperately tried to get the attention of the miners! Israel’s Prime Minister Benjamin Netanyahu spoke for over 40 minutes before a joint meeting of the US congress, showing true leadership through a passionate, focused and gravely concerned speech.

No representative from the White House was present. President Obama apparently was on a video conference call with European leaders. Vice President Biden was in South America and John Kerry was in Geneva discussing the very Iranian deal that was the topic of Bibi’s visit and speech. Over 50 democrats chose to boycott Bibi’s speech. The absence of the leader of the Free World and his entire cabinet spoke tons. It makes one wonder what Mr. Obama really means when he says that he would always have Israel’s back? Are we talking about watching out for the Jewish state’s safety or are we talking about stabbing in the back? Today’s no show would make me think the latter!

None of this prevented Mr. Netanyahu from expressing deep gratitude to the United States for a long-standing relationship with Israel. As Netanyahu said yesterday during his AIPAC speech (start at 1:25:50) in front of 16,000 people: “I mean no disrespect to President Obama.” Netanyahu’s speech started with many specific examples of why Israel will always be indebted to the United States, citing several specific cases when Mr. Obama supported the Jewish State. His gratitude was heartfelt and very obvious. It was clear that his visit wasn’t meant to be a scolding of the current US administration but more of an alarm sounding.

The rest of his speech focused on Iran and the danger it already poses today without nuclear capability, followed by how much more dangerous it would be with it. To most people, including some in the Middle East who are not necessarily Israel’s best friends, Iran is the biggest threat to the region. But Iran is much more than a regional bully, it is a global one. If the nuclear deal goes through, Iran will be soon equipped with nuclear head mounted missiles capable of reaching Israel of course, but also all the way to America’s east coast.

Netanyahu delivered a passionate appeal to the United States, but truly, he was speaking to the world. He was interrupted by over 40 rounds of applause, many of them being bipartisan standing ovations. What the current US administration fails to understand is that today’s speech was much more than the Jewish State pleading for sanction against Iran to protect itself. Today’s speech was the canary in the mine of civilization gasping for whatever little air is left before the global explosion.

Mr. Netanyahu was bold enough to let the world know that if necessary, Israel will stand alone, hoping that congress would get his “not so subliminal” message and back Israel up if and when necessary. His statement was very clear when towards the end he said: “We are no longer scattered among the nations, powerless to defend ourselves. We restored our sovereignty in our ancient home. And the soldiers who defend our home have boundless courage. For the first time in 100 generations, we, the Jewish people, can defend ourselves. This is why — this is why, as a prime minister of Israel, I can promise you one more thing: Even if Israel has to stand alone, Israel will stand. While I agree with Israel’s right to exist and defend herself I also recognize that God has been behind the miraculous rebirth and growth of the Jewish State. Nothing else can explain Israel’s existence today but the grace of the God of Israel who through Abraham, Isaac and Jacob’s descendants, promised a great nation and land (Genesis 12:1-3).

Mr. Netanyahu showed courage, integrity and leadership at a time of great global turmoil. Many will complain that the leader of the Free World was absent today.  The frustration is justified, yet it gave Benjamin Netanyahu an opportunity to state the truth with authority. Even though a great existential threat remains, and the road ahead is tumultuous at best, March 3rd, 2015 was the day when the canary became an eagle!