Home » Blog » Please, Do Not Buy Into American Christian Nationalism!
Spread the love 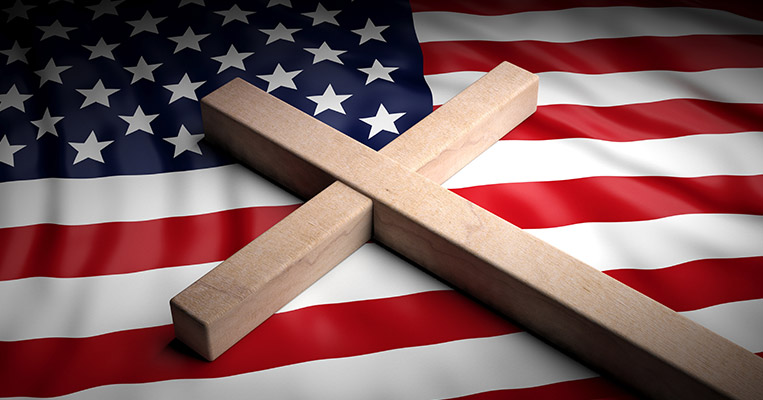 Words don’t always mean what they say, especially in a post-modern world. That is why it is always critical to define our words. We do not have to agree with one another as long as we understand what we mean. In other words, we must seek clarity over unity. Obviously, if we can also achieve unity, we are definitely ahead of the game! On that note, I am very concerned about a move–I am not sure that I am ready to call it a movement–in America that labels itself the New American Christian Nationalism. Those words are not necessarily bad individually but hide a different meaning when combined. There is no need to define “New” or “American”, although I am pretty sure that this is no longer the America I emigrated to in 1985, but I digress!

The word Christian can be tricky depending on who you ask. Because of the root of the word, there is an expectation that a Christian is “related” or “connected” to Christ. Christ is just another word for Messiah or Mashiach, which really means “anointed”. This being said, many people call themselves Christians and say that they were born that way, or simply are cultural Christians. If the Bible is correct, to be a follower of Christ requires regeneration (not reincarnation). Yeshua (Jesus) made it clear to Rabbi Nicodemus who came to Him and thought for sure that he was “part of the club”, but Yeshua quickly told him in John 3:5-8, “Truly, truly, I say to you, unless one is born of water and the Spirit he cannot enter into the kingdom of God. That which is born of the flesh is flesh, and that which is born of the Spirit is spirit. Do not be amazed that I said to you, ‘You must be born again.’ The wind blows where it wishes and you hear the sound of it, but do not know where it comes from and where it is going; so is everyone who is born of the Spirit.”

So, a Christian is a believer and follower of Yeshua who has been regenerated by the Holy Spirit as a free gift of God (Ephesians 2:8-9). When one is regenerated, one becomes a new creature redeemed by God for a new life. This new life should be lived with new habits and behaviors. This is exactly what being “born again” is supposed to mean. Christians are supposed to love their neighbors as they love themselves (Galatians 5:14) and even pray for their enemies (Matthew 5:44). This is a daily struggle that most of us who follow Yeshua have to be faced with, but honest Christians try their best at making a difference for the kingdom of God.

Now, if we add the word “Nationalism”, the whole definition takes a political turn. Nationalism usually carries the stigma of elitism and racism. The ultimate example of that was the Nationalsozialistische Deutsche Arbeiterpartei (National Socialist German Workers’ Party) which most people today remember as the Nazi Party. It is interesting to note that what most people today would define as an alt-right political party had the word “Socialist” in its name.

Nationalism can be a good thing if it simply means patriotism. If one is proud of their country and ready to defend it, its values and heritage, that is patriotic and that is beautiful. When Patriotism becomes nationalism, it becomes elitist and it is always at the expense of other people for “the greater good of the nationalists”. Christian Nationalism is racism hiding behind religion, and racism is always bad no matter how you present it.

Some today are promoting this New American Christian Nationalism and they are targeting the Jewish people in the process. The social network Gab was borne out of the freedom of speech restrictions on the internet in the past few years. It claims that it is a platform where ideas can be exchanged without censorship or penalties. They say that they are, “A social network that champions free speech, individual liberty and the free flow of information online.” In theory, this sounds very good; but in reality, the platform attracts all kinds of people who are racist, elitist and antisemitic. To be sure, not all Gab users are racist, elitist or antisemitic; but many of these kinds of individuals are on Gab (and other platforms as well).

This political move known as Christian Nationalism is really neither Christian by biblical standards nor Nationalist by patriotic definition, and they are not new either. They are eerily reminiscent of the 1930s, and it doesn’t help that they target Jews. They believe that our government should be exclusively “Christian” and exclude all “non-Christians” and Jews from the equation. People like Gab’s CEO Andrew Torba who promote themselves as conservatives do not care about other conservatives if they are Jewish, like Ben Shapiro. Mr. Torba doesn’t share the same Judeo-Christian values that today’s true Christians and their Jewish friends share. He and other Christian nationalists adhere to all the lies about the Jews that have been disseminated for centuries and that led to the Holocaust. If they were to write a manifesto–and maybe they have already–it would probably look a lot like the “NEW” Protocols of the Elders of Zion, which was a 1904 hoax written by Russian antisemite Sergei Nilus. It pretended to be the minutes of a Jewish cabal preparing to take over the entire world, and it gave antisemites the world around, a reason to hate the Jews even more. The Protocols are still in print and used in many countries.

Mr. Torba was quoted saying, “The only groups of people that are chosen are those that believe in Jesus Christ and call Him king. They are the chosen seed of Israel.” That is the textbook definition of Replacement Theology where some Christians claim that God has replaced Israel with the Church and has transferred all the promises for Israel to Christians. This is NOT biblical!

He was also quoted saying:  “Ben Shapiro is not welcome in the movement unless he repents and accepts Jesus Christ as his Lord and savior.” This is a medieval, twisted view known as forced conversion that led to the death of tens of thousands of Jews.

American Christian Nationalism gives true Christians a bad rep, something that many Christians already have because of 2,000 years of antisemitism from the church and many Christians. To my Jewish friends, please don’t think for a minute that a biblical Christian, modern day disciple of the Jewish Messiah would condone any of the hatred spewed by Christian nationalists! It also gives people who are true patriots a bad rep, making them look like bigoted, narrow-minded people. I am very proud to be an American, I am a true nationalist in the patriotic sense of the word, but more than anything, I am so blessed to be a Christian because I know that no matter what the future holds, I know who holds the future. His name is Yeshua Ha Mashiach or Jesus Christ, He died for me, rose again on the third day, ascended to heaven to be at the right hand of the Father and will return soon to grab His children…His true children, who are Jews and Gentiles who have placed their trust in Him.

Mr. Torba, Jesus is a Jew and He is the founder of true Christianity, but by your standards, He might not be accepted by your kind, and yet…He still loved you enough to die for you!