You are here: Home / Antisemitism / How Do We Fight Satanic and Irrational Antisemitism?
Spread the love 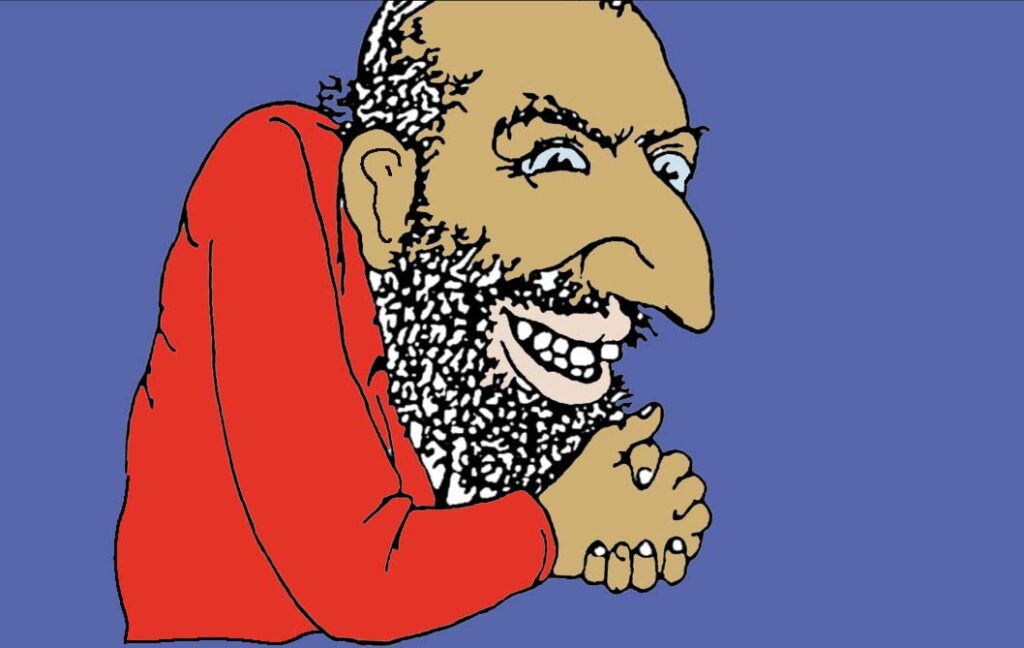 There is no lack of organizations dedicated to fighting antisemitism on a global scale, and with the continued increase in Jew hatred, it is a good thing. Yet, I believe that when it comes to fighting antisemitism, there is a fundamental aspect of the fight that is vastly misunderstood. The reason why it is misunderstood is simply that those who fight against antisemitism often do not take into consideration the spiritual component of the oldest hatred. They truly believe that men and women of goodwill can prevail against this xenophobic virus. While I believe people can fight racism successfully and even eradicate it if they want to, it is different for antisemitism.

Antisemitism includes racism but is not the same as racism; it is a bit more complex to define. My standard definition for antisemitism is as follows: Antisemitism is the irrational, satanic hatred of the Jewish people and Israel, characterized by thoughts, words and/or deeds against them. I have yet to see a definition of antisemitism that includes the words “satanic” or “demonic”. That aspect of the problem is seldom, if ever, mentioned. I must admit that even in my case, it is not until recently that I felt the need to include the word “satanic” in my definition, but it is a key, if not THE key component. The reason is simple, and it is found in the Bible.

God has Israel and the Jewish people at the core of His plan for mankind. Genesis, the first book of the Torah and the Bible, has 50 chapters. The first 11 chapters cover mankind in general and the next 39 cover the Jewish people from Abraham, Isaac, Jacob and Joseph. God’s plan for the Jewish people is not an afterthought. The Jewish people wrote our Bible, gave us the prophets and Yeshua the Messiah came from Israel in His humanity. Of all beings, Satan knows that very well and he understands the ramifications of Yeshua’s first and second comings. The bottom line is this, planet earth can only have one ruler: Satan or Yeshua, and the Bible tells us that it will not bode well for Satan. He wants to destroy all that is special to God. As a result, the Jewish people and Israel have been on top of his list for a very long time. He wanted to stop Yeshua’s First Coming (Genesis 3:15) and corrupt the race through which Messiah would be born (Genesis 6:1-8). He failed! Even Yeshua’s death was part of the plan to pay for humanity’s sins. Yeshua is soon returning, and Satan is very scared because he knows what this means.

When at the end of the seven-year Tribulation (also known as the Time of Jacob’s Trouble), Israel will realize that Yeshua is indeed the Jewish Messiah and Savior of the world, and the Jewish people will call upon Him corporately (Zechariah 12:10). It was Yeshua who declared to Israel that His return was dependent upon their crying out to Him “Baruch Haba Bashem Adonai,” in Matthew 23:37-39 37 “Jerusalem, Jerusalem, who kills the prophets and stones those who are sent to her! How often I wanted to gather your children together, the way a hen gathers her chicks under her wings, and you were unwilling. 38 Behold, your house is being left to you desolate! 39 For I say to you, from now on you will not see Me until you say, ‘Blessed is He who comes in the name of the Lord!’”

Satan knows that time is coming, and he is about to get “fired” (pun intended!). He continues to do everything he can to denigrate, demonize and decimate the Jews so that he can keep his position of “Prince of the power of the air” (Ephesians 2:1-2). This is the ONLY reason antisemitism exists and this is why I am convinced from a biblical perspective that it will not cease but only increase until Yeshua Sar Shalom (Jesus the Prince of Peace) returns. So, why fight it if the battle is pointless? We fight it because it is our duty to do so regardless of the immediate outcome, and the battle is far from pointless. In fighting, we might expose the lies to others that have been swayed away from support of Israel and love of Jewish people. We might never change the minds of the most virulent antisemites–Yeshua will handle them personally–but we can still influence those who are confused, uneducated and open to change.

I have yet to find a better system to expose antisemitism than the three Ds developed by Russian refusenik turned Israeli politician and activist Natan Sharansky. He posits that the best way to expose antisemitism is to see if any actions or words delivered fall into one or more of these three categories: Delegitimization, Demonization and Double Standards. These three feed off each other and are not that complicated to identify. Sharansky helps us in exposing the problem, but what we need is a solution.

Once we see that an action or words falls in any or all of the three Ds, I would like to suggest three more Ds to help us work toward a solution. Remember that the solution is not going to be a complete eradication of antisemitism. That will only happen when Yeshua returns at the end of the Time of Jacob’s Trouble and takes over.

We might never completely eradicate antisemitism on this side of eternity, but we cannot ignore it. If it seems to fit Delegitimization, Demonization and/or Double Standards, we must Diagnose, Determine and Defend. Your Jewish friends and family might be in for a surprise, but Yeshua isn’t expecting any less of us because the last thing He desires from believers is to sit on the fence as we wait for His return.