Home » Blog » Did any Arabs save Jews during the Holocaust?
Spread the love

Did any Arabs save Jews during the Holocaust? 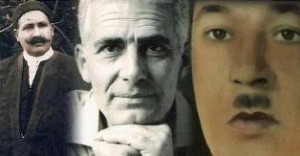 Last night was the preview of a great movie by Jewish Director Robert Satloff, entitled: AMONG THE RIGHTEOUS: Lost Stories of the Holocaust In Arab Lands. The premiere screening of this important documentary was done at the beautiful Los Angeles Museum of Tolerance. This movie will be shown on PBS on April 12, 2010. DON’T MISS IT!!!!!!!!

Here is the summary from their site:Seeking a hopeful response to the problems of Holocaust ignorance and denial in the Arab world, and in the wake of 9/11, Middle East expert Robert Satloff set out on what would become an eight-year journey to find an Arab hero whose story would change the way Arabs view Jews, themselves, and their own history. Along the way, Rob Satloff found not only the Arab heroes for whom he started his quest but a vast, lost history of what actually happened to the half-million Jews of the Arab lands of North Africa under Nazi, Vichy, and Fascist rule.

Among the Rigtheous shows that against all odds and contrary to human nature, some people look behind boundaries, behind customs, behind religions and still see humanity. We need more movies and books like this. Thank You Mr. Satloff!!!