You are here: Home / Antisemitism / Making a List Against The Jews Never Ends Well!
Spread the love 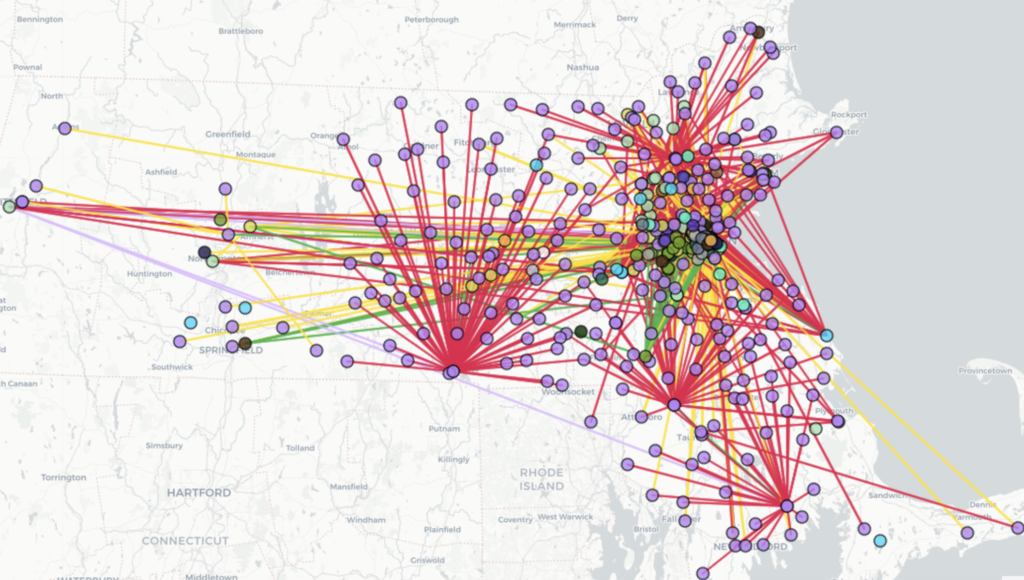 Making a list and connecting dots to explain or expose a particular concept is not intrinsically wrong. There are plenty of cases when these lists can be very helpful. We can expose dangerous networks, organizations and programs and help dismantle them, but list-making can also become very detrimental.

Take IBM for instance. Most people know them as the tech giant, but very few know a dark part of history that the company contributed to. I am referring to IBM and the Holocaust. Most people are completely unaware of the fact that IBM, with the help of German inventor Herman Hollerith, was instrumental in tallying and identifying Jews all over Europe.  In 1933, computers didn’t exist, but the IBM punch card system was developed and used by Nazis for “the Final Solution to the Jewish Question”. This all happened with the full knowledge of the IBM New York headquarters. It is terrifying to think that the Nazis were that organized, but the fact remains that many concentration camp inmates were registered upon entry with punch cards compatible with the IBM system.

What about the Nuremberg Laws? The Nuremberg Laws of 1935 were divided into two categories. One was The Law for the Protection of German Blood and German Honour and the other was The Reich Citizenship Law. Both were based on the false science of Eugenics or racial purity. In their entirety, the Nuremberg Laws helped to compile lists aimed at ostracizing the Jews from German society to the point of making work, life and socializing virtually impossible. They represented the foundation for the Nazi definition of who is a Jew, who is Aryan and as a result, who deserved to live and who deserved to die.

Marriage between Jews and non-Jews became forbidden. Jewish-owned stores were taken over. Jews wanting to leave Germany were taxed up to 90% of their estates. Jews were required to carry identity cards with the letter “J” stamped on them, as well as being forced to insert the middle name of “Israel” for males and “Sarah” for females on their papers. Jewish doctors could no longer treat non-Jewish patients. A complicated bureaucracy of anti-Semitic statutes was enacted, transforming the Jews from humans to animals to parasites, and thus requiring their “extermination” for the betterment of the world, or of the Third Reich at the very least. The  Nuremberg Laws were incremental but key to the systematic attempt at the destruction of European Jewry. Not to mention my grandfather whose name appeared on a list compiled by the collaborating French police, and who was taken to Auschwitz by the Gestapo, to die there and never return to our family.

So, when I see lists being compiled and dots being connected to identify anything Jewish, I cringe!

That is exactly what a BDS group in Boston is working on. The Boycott, Divestment and Sanctions movement (BDS) has been officially trying since 2005 to ostracize, demonize and call for the destruction of Israel. Its proponents–coming from every segment of society–push an agenda of demonization of Israel for allegedly colonizing  and occupying “Palestine”.  People totally ignore the fact that their agenda is built on a false premise, painting Israel as the enemy of world peace. It sounds very politically correct and in line with social justice to expose “Israel’s colonization of Palestine”.

The BDS Boston group just published an extensive “mapping project” exposing various entities in the greater Boston area that have connections with Israel, support her economy, and/or invest in Israeli and Jewish organizations. They list no less than twenty categories of entities connected to Israel in one way or another, from cultural to healthcare to military to university – to name just a few. They accuse Israel and these organizations of “Zionist propaganda” on an interactive map exposing organizations and people by name. Tamir Morag from Israel Hayom is right when he writes, “Boston’s BDS movement “is mapping out and targeting synagogues, Jewish schools and other Jewish institutions while slanderously claiming that these organizations are actively participating in the ‘colonization of Palestine.”

This interactive list could grow much larger in days to come. It is based on the anti-Semitic age-old trope about Jews controlling the world and the banks. It gained a lot of popularity in the early 1900s when the hoax “The Protocols of the Learned Elders of Zion” was published. That pamphlet claimed to be the minutes of a powerful Jewish cabal organizing to take over the world. The BDS Boston finds its inspiration from such an anti-Semitic booklet, and unfortunately, there are enough people around to believe the concept presented in The Protocols.

This mapping of Jewish organizations and those supporting them is nothing but an invitation to anti-Semitism. It exposes people in a way that can only bring damages. Whenever a certain group of people gathers around the idea of compiling a list of anything Jewish, it usually spells disaster. So, is there anything we can do as believers? Well, actually yes! In the Spirit of Genesis 50:20, As for you, you meant evil against me, but God meant it for good in order to bring about this present result, to preserve many people alive, we can turn a bad into a good. The very list that is being compiled to expose “the Zionist enemy” can be used by friends of Israel and of the Jewish people to support Israel. BDS is doing the leg work, let’s do our part and invest to destabilize the divestors. It’s not that complicated, but we must speak up and act accordingly.