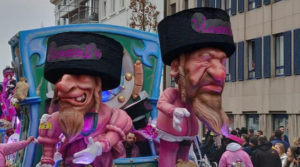 Some of history’s oldest canards are against the Jews. One of these, that we can find towards the top of the list, is the myth of the “Greedy Jew.” During the Middle Ages, Christians were allowed to borrow money ONLY from Jews, who in turn would collect the money back with interest. Various European monarchs started taxing the Jewish moneylenders on their profit. Taxes kept increasing, so the Jewish moneylenders had to keep pace and increase their interest rates. The process went on for a while and gave birth to the myth of the “greedy Jew.” Some Jewish moneylenders did raise their rates too high trying to take advantage of needy Christians, but they were not in the majority and ended up with a poor reputation in both the Christian and Jewish communities. These few happened to be greedy first and Jewish second. By the end of the thirteenth century, Jews had been expelled from France, England, and most of Germany, mostly because of issues in money lending.

Amazingly and shamefully, the myth of the greedy Jew has survived into the modern age. It is pervasive across generations and cultures. The Jews are repeatedly accused of trying to take over the world, owning the banks and financing political moves to Israel’s advantage, as we have recently seen in the anti-Semitic diatribes dispensed by newly elected Democrat Congresswoman from Minnesota, Ilhan Omar.

To understand the extent of the “Greedy Jew” canard, we must look at a recent incident that took place in Aalst, Belgium during a yearly street carnival dating back to the Middle Ages. It includes parading floats with music on various themes. This year’s float from the group Vismooi’ln was titled “Sabbath Year 2019”, which according to the builders of the float was decided based on the fact that they might have to take a break from the Carnival in 2020 because of its rising cost. What followed was outrageously anti-Semitic.

The front of the float included two giant caricatures of orthodox Jews with streimels (Jewish fur hats) on their heads, side curls and long beards. The facial features included mean looks and large crooked noses (another anti-Semitic stereotype.) Adding insult to injury, the two giant puppets were standing, surrounded by bags of money at their feet and money coming out of their coat pockets (yet another anti-Semitic stereotype.) There were also over a dozen people dressed up as Orthodox Jews, gyrating on the second float with a very apparent lack of respect.

We are seeing anti-Semitism becoming institutionalized in Europe as it has been in the Middle East for quite a while now. There are good reasons to believe that the virus of Jew hatred will also continue to spread further into America. The Belgium carnival raises several questions:
• What went through the mind of the people who came up with the theme for that float? What was their motive, and how can they possibly say that anti-Semitism wasn’t even on their radar?
• Why would people want to join that float, dress as caricatures of orthodox Jews, dance and sing and humiliate the Jewish community? What is the fun in that, unless you want to target a specific group?
• How could people on the streets take part in the celebration and laugh at the whole float?

What troubles me even more, is the fact that in 2010, the Aalst Carnival became part of the UNESCO Representative List of the Intangible Cultural Heritage of Humanity. UNESCO proudly claims that “constantly recreated by new generations, the ancient carnival’s collective laughter and slightly subversive atmosphere celebrate the unity of Aalst.” That they would consider this year’s float only “slightly subversive” says a lot. Does it also mean that Aalst unites in an anti-Semitic approach?  UNESCO did condemn that particular float, yet if they have any shreds of integrity left, they should remove the carnival from their list immediately, but why would they, when they also list the Temple Mount in Jerusalem as a Muslim holy site with no Jewish connection?  Ethically speaking, UNESCO should have removed the carnival in 2013 after a float was done in the image of a German cattle car with Jews and had people dressed as Nazi SS officers walking on both sides of the train.

Once again, and this time around the world, the bystanders are quickly becoming co-perpetrators in a myriad of anti-Semitic acts because, in 2019, anti-Semitism has become the new normal. Please join me in speaking up and educating. Let us all be the abnormal ones!