You are here: Home / Archives for Tweets 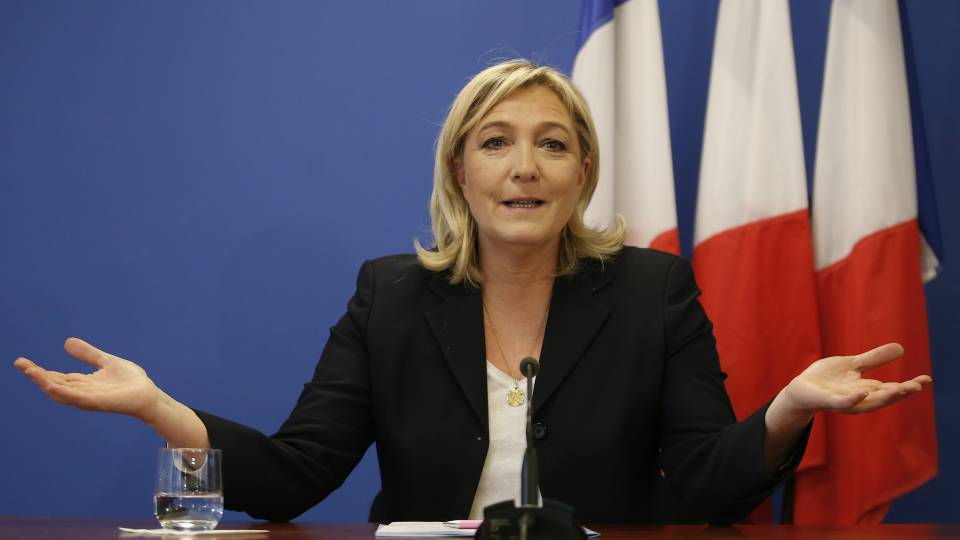 I was never a fan of French Alt-Right “Front National Party” leader, Jean Marie Le Pen and I am not a fan of his daughter who currently heads that party. Marine Le Pen might be more polished and diplomatic than her father, but she still represents an ideology that is toxic to a balanced political approach to France or even Western civilization for that matter. Even though her party is thinking of re-branding and changing its name to appeal to a broader audience, they continue to promote a highly xenophobic agenda. Although she received the most votes her party ever received in its history since the mid-1970s, Marine Le Pen lost the French presidential elections in the Spring of 2017 to “Centrist” Emmanuel Macron.

These elections were upsetting on many levels. Primarily, it was horrifying to France and much of the civilized world that an Alt-Right candidate would be in the running in the second and final round of the elections. Even though she lost, she managed to garner 35% of the votes. If I were Mr. macron, I would make sure that I remember the promises made to the voters, and I try to fulfill as many as possible. Much of Europe is very unhappy with the current migrant situation and the open borders, and that includes France. Many French people–even including some from the Jewish community– voted for Marine in 2017, that would have never entertained the idea even five years ago. If Mr. Macron under-performs, it wouldn’t take much for Miss Le Pen or a successor to garner a few more points if and when they run in 2022 and tilt the scale towards a “Front National” led France, and that is terrifying! Pretty much all blacks, Arabs and Jews would end-up in a precarious situation.

The challenge with the politics of Marine Le Pen is that in the mix of her anti-immigration and somewhat racist program, she is also promoting some good ideas. But unfortunately, the voters cannot pick and choose. As would be expected, she is pretty vocal when it comes to speaking against the Islamic State and its assault on Western civilization and liberties. Who in their right mind wouldn’t want to be vocal and expose the barbaric techniques used by the Islamic State or “Daesh” (Arabic Acronym for ISIS) as the French call them? From that perspective alone, I am in full agreement with Marine Le Pen, and I support her desire to expose ISIS.

Back in 2015, she posted a few graphics pictures of ISIS at their worst on Twitter. She was making an attempt at defending her political agenda after having been accused by some of being as bad as ISIS. Nobody is as bad as ISIS! So she posted some photos with the caption “THIS is Daesh!” Again, most people would disagree with much of her ideology, but in that case, we should applaud her boldness. What happened next was the epitome of political correctness.

Miss Le Pen is now being charged for those tweets and could face up to three years in prison. Is she being charged for denouncing the gruesome cruelty of ISIS? How is that a crime unless we live in an upside-down world where the new normal is the submission to cruel Islamist ideology, putting all of us in the West at the mercy of radical Islam and its worship of death? The France of Emmanuel Macron is supposed to be on its way to defeat terrorism.

Indeed, Mr. Macron has put new laws in place to fight terrorism, giving the army and the police more power to go after potential enemies of the state. I say good for him if this is true, but when I see the drastic move made against Miss Le Pen and her tweets, I doubt that France is going in the right direction. It looks more like a generalized “witch hunt” against Miss Le Pen, rather than a genuine concern for any potential damage that here tweets would have caused.

Again, I would never vote for Miss Le Pen or anybody from Front National, but I must voice my support for her attempt at exposing ISIS for who they are while much of the Western World has its proverbial “head in the sand.” This is a slippery slope leading to slavery to an ideology opposed to Western, Judeo/Christian values, and I am convinced that we will not survive in this irrational world of political correctness!