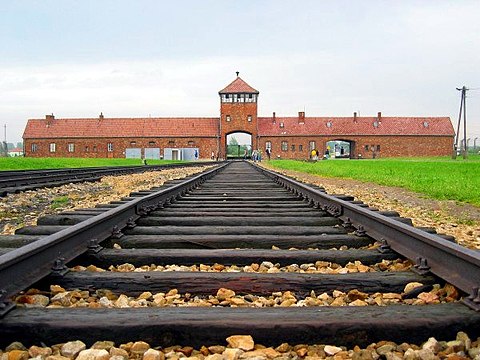 What would the six million Jewish victims of the Holocaust say to the Texas educator who recently requested that if the Holocaust was to be taught in schools, an “opposing” view should also be presented? Why is it that one of the most horrific tragedies of the last 2,000 years has to be debated, minimized or even called a hoax? I have to be honest, sometimes I get tired of defending the Holocaust again and again, but what is the alternative? If we let our guard down or allow for different views on possibly the greatest evil of all human history, we are one generation away from its complete disappearance from the annals of world history. may it never be!

This all started recently in Texas, when a school administrator, worried about the danger of critical race theory, decided to include Holocaust studies in his attempt at bringing a more balanced educational experience. This was in response to House Bill 3979.  The complete text of that bill isn’t very long and has some merit. Among other things, the bill explains, “Teachers who choose to discuss current events or widely debated and currently controversial issues of public policy or social affairs shall, to the best of their ability, strive to explore such issues from diverse and contending perspective without giving deference to any one perspective.” Applying that part of the bill to the Holocaust led to this recent statement made by the school administrator, “Make sure that if, if you have a book on the Holocaust that you have one that has an opposing — that has other perspectives.”  Does it apply to the Holocaust? I do not think so, for several reasons.

• The Holocaust shouldn’t be a widely debated issue: The Bill also states that “widely debated and currently controversial issues” should offer an opposing view. Frankly, the very fact that the Holocaust continues to be a hot topic should be very alarming. Holocaust denial continues to infect the historical accuracy of that era. It is debated because some have fought hard trying to debunk it. It was when the camps were liberated that General Dwight Eisenhower expressed his grave concern about what he discovered. As General Patton was vomiting at the scene, Eisenhower forced himself to look everywhere in the camp. He wrote to General George C. Marshall the following letter, “The things I saw beggar description. … The visual evidence and the verbal testimony of starvation, cruelty and bestiality were so overpowering as to leave me a bit sick … . I made the visit deliberately, in order to be in a position to give first-hand evidence of these things if ever, in the future, there develops a tendency to charge these allegations merely to “propaganda.”

Sadly, General Eisenhower was right and it didn’t take very long for some to deny that the Holocaust ever happened or that it was Jewish propaganda for stealing “Palestinian” land. After all, how many people looked the other way when trains passed through their villages, made of cattle cars packed with Jews? How many “Christians” sang louder in Church to cover the whistle of those trains passing through? Was it a bad case of cognitive dissonance or was it simply for selfish reasons of one’s survival? Probably both in many cases. We have those who didn’t want to believe it was happening, and that included many Jewish people at the onset of the Holocaust until it was too late to do anything, and then we have those who tried and continue to try erasing it from history. The Holocaust happened and that shouldn’t be debated.

• The Holocaust must be given deference: The Bill goes on to say that teachers, “shall, to the best of their ability, strive to explore such issues from diverse and contending perspective without giving deference to any one perspective.” I can appreciate what the bill is trying to do, it is trying to be impartial in the teaching of facts, so it doesn’t want to give teachers a chance to even appear as if they are taking a position. It is true that the Holocaust was not the only genocide in history, but it was certainly the only organized, structured and methodical attempt at the complete destruction of a people group. Additionally, it was the only genocide of human history where the perpetrators went out of their way to go retrieve Jews who had escaped to other countries, at a great cost to Germany, often believed by historians as one of the main reasons for Nazi Germany’s defeat. For this reason, the Holocaust was unique and must be given deference.

I guess, what I am trying to say here, is that the Holocaust must remain in a league of its own for the rest of mankind’s history. There are way too many recorded testimonies, artifacts and written materials for anyone to honestly defy the veracity of the event unless there is a hidden agenda behind it all. That agenda comes from Satan and is meant to delegitimize and ostracize the global Jewish community as he continues his greater destructive agenda that started centuries ago.

The Holocaust was perpetrated by people used by Satan to eliminate the Jews. Somehow, it was allowed by an all-knowing, all-powerful and all-loving God, for reasons that we will never fully comprehend with our finite human minds. There is no alternative to telling it like it is unless one succumbs to the politically correct agenda, but that agenda is not based on factual truth and the Holocaust is a factual part of history that cannot be denied, altered or erased. Texas House Bill 3979 isn’t a bad bill, but it should never apply to the Holocaust, lest we want to help those who deny that it ever happened.