You are here: Home / Archives for Supersessionism 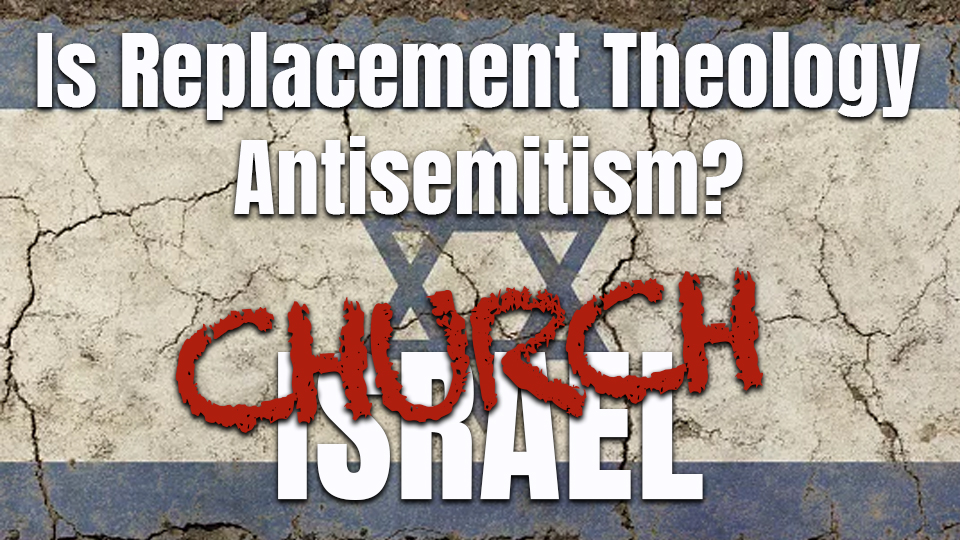 There is a theological approach to the Bible that has become increasingly popular within Christendom in general and evangelical circles in particular, that is known as Supersessionism or Replacement Theology. Simply put, Replacement Theology teaches that Israel and the Jewish people have been replaced by the Church in God’s prophetic plan. Some will say that the Christian Church has now become “Spiritual Israel” and is currently the recipient of God’s blessings originally intended for the Jewish people.

Based on that theological approach, Jewish people can still put their trust in Yeshua (Jesus) as their Messiah and become part of the Church or “Body of Messiah”, but God doesn’t have a special plan for them and Israel is no longer part of God’s prophetic program today and in the future.

But Is this what the Bible teaches? How literal do we have to be?

Genesis 12:1-3 tells us, “the LORD said to Abram, “Go from your country and your kindred and your father’s house to the land that I will show you. And I will make of you a great nation, and I will bless you and make your name great, so that you will be a blessing. I will bless those who bless you, and him who dishonors you I will curse, and in you all the families of the earth shall be blessed.”

We learn that God made a Covenant with Abraham and the Jewish people (the first of five covenants actually). That covenant is eternal and unconditional. It is eternal because it cannot be broken since only God went through the split animals used to seal the covenant as we read in Genesis 15:9-17 and other passages,

Genesis 15:9-17 “He said to him, ‘Bring me a heifer three years old, a female goat three years old, a ram three years old, a turtledove, and a young pigeon.’ And he brought him all these, cut them in half, and laid each half over against the other. But he did not cut the birds in half. And when birds of prey came down on the carcasses, Abram drove them away. As the sun was going down, a deep sleep fell on Abram. And behold, dreadful and great darkness fell upon him. Then the LORD said to Abram, ‘Know for certain that your offspring will be sojourners in a land that is not theirs and will be servants there, and they will be afflicted for four hundred years. But I will bring judgment on the nation that they serve, and afterward, they shall come out with great possessions. As for you, you shall go to your fathers in peace; you shall be buried in a good old age. And they shall come back here in the fourth generation, for the iniquity of the Amorites is not yet complete.’ When the sun had gone down and it was dark, behold, a smoking fire pot and a flaming torch passed between these pieces.”

1 Samuel 15:29 “And also the Glory of Israel will not lie or have regret, for he is not a man, that he should have regret.”
Malachi 3:6 For I the LORD do not change; therefore you, O children of Jacob, are not consumed.
Hebrews 13:8 Yeshua the Messiah is the same yesterday and today and forever.

Additionally, it is unconditional because God simply said “I will” with no preconditions (Gen 12:2-3, 15:18), except maybe for Abraham to start walking towards the Land of Canaan, which of course he did.

Genesis 12:2-3 And I will make of you a great nation, and I will bless you and make your name great, so that you will be a blessing. I will bless those who bless you, and him who dishonors you I will curse, and in you all the families of the earth shall be blessed.”

The Abrahamic Covenant contains several provisions. Some were fulfilled in the days of Abraham, some later and some are still unfulfilled!

So when did God change His mind? Or did He?

Well, that’s the point, He never did! Only a very creative approach to God’s Word can substantiate such a view. Any literal approach will not allow for Replacement Theology. The problem is that within 200 years after the closing of the Biblical canon, theologians and early Church fathers had a very allegorical approach to the Bible. A passage could have more than one meaning and it could just be symbolic. They established the foundation for Replacement Theology even though the name for it came much later.

Additionally, to substantiate Replacement Theology, God would have to be a liar and a covenant breaker.

This view, among other things, also requires that the book of Revelation would have been written by 70 A.D, about 20 years or so before the date accepted by most Bible scholars. This is a  view was that was not seriously considered until the mid-1600 when it was popularized by Dutch Protestant Hugo Grotius (1583-1645).

Preterists are proponents of Replacement Theology simply because they see absolutely no prophetic future for Israel; yet they cannot dismiss the promises made by God to Israel in the Tenach. Thus the logical step of “replacing” Israel as recipients of God’s promise. Note that they are always willing to receive God’s blessings promised to ethnic Israel…as to the curses, well…not so much (another inconsistency).

But didn’t Israel’s constant disobedience disqualify her from God’s blessings?

That is exactly what Preterists and Replacement Theology proponents would have you believe. Again, they present their views in total ignorance of God’s immutability.

They are the ones who decided that God must have changed His mind. A passage often quoted is Leviticus 26:40-43, trying to prove that God’s blessings to Israel are contingent on their confession and repentance.

But they totally ignore the rest of the passage in Leviticus 26:44-45, where God clearly says that he will never renegue on the Covenant made with their forefather.

Leviticus 26:44-45 Yet for all that, when they are in the land of their enemies, I will not spurn them, neither will I abhor them so as to destroy them utterly and break my covenant with them, for I am the LORD their God. But I will for their sake remember the covenant with their forefathers, whom I brought out of the land of Egypt in the sight of the nations, that I might be their God: I am the LORD.”

A text without a context is a pretext!

As a matter of fact, if one tries to replace all the occurrences of the word “Israel” in the New Testament with the word “Church” and see if the text remains coherent and contextual, it really doesn’t work. If you indeed try that exercise, you will find out that it requires quite a bit of exegetical gymnastics to arrive at that faulty conclusion.

God is far from being finished with Israel and He is not done with the Church either as we can read,

1 Corinthians 10:32 Give no offense to Jews or to Greeks or to the church of God,

If He had really changed His mind about His promise to Israel, what makes you so sure that He won’t change His mind about the promises He made to you…..like let’s say…..salvation by faith alone in the shed blood of Yeshua?