You are here: Home / Archives for Seder 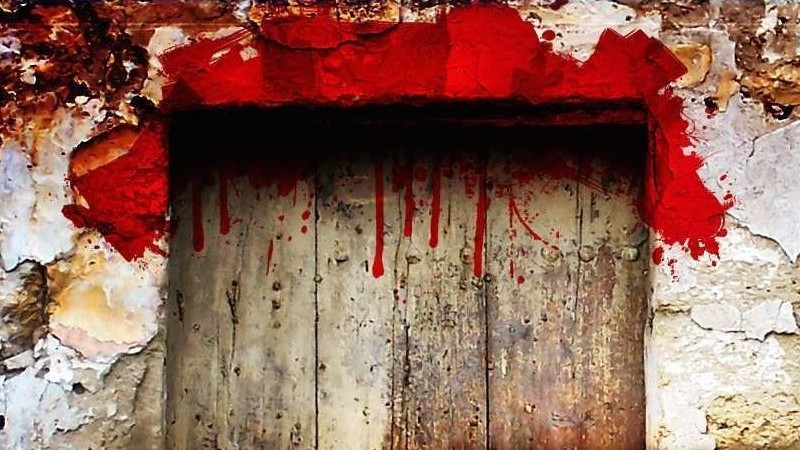 Passover 2021 is just around the corner, and very soon, Jewish people all over the world will gather around the family dining table– the best they can in the age of Covid restrictions–to celebrate the traditional Passover Seder. This ancient Jewish tradition is found in the Bible (Exodus 12, Leviticus 23) as it pertains to the departure of the children of Israel from Egyptian captivity and the journey to the Promise Land through the wilderness wanderings.

From one family to the next, one country to the next, and across the spectrum of Jewish religious practice, Passover is celebrated religiously, traditionally and creatively, and yet some things never change.

I remember the first few Passovers I attended in France over 50 years ago. Much was happening in front of my eyes as I sat bewildered and overwhelmed by the various elements we touched, smelled and ate. Much of what was happening, punctuated by prayers, storytelling and songs, was very foreign to me. All the ancient traditions of our forefathers were being reenacted around the table with many parts of them remaining obscurely unknown – even to the leader of the Seder. It was beautiful and sad at the same time.

Could the Passover Seder have a deeper meaning than what is taught on the surface in a Jewish home? I am not speaking of a mystical meaning that only the most enlightened spiritual people could grasp, but could there be a prophetic meaning within the Feast of Passover for people through the ages and especially today? I believe there is, and I also believe that it isn’t until we unpack the prophetic meaning of Passover that we can truly appreciate the full, rich message of provision and redemption God is trying to share with us throughout the entire Bible.

Our God is a God of order (Deuteronomy 7:9; Proverbs 7:9), and we can really appreciate that aspect of Him as we navigate through the different steps of the Seder; much of them having remained untouched throughout the ages and around the world. All Jewish people used a booklet that contains the order of the service (seder means “order” in Hebrew), and helps us to move forward with the celebration, all the way to the final “La Shana Haba B’Yerusalaim! “Next year in Jerusalem.” The booklet is known as a Haggadah, meaning the “story” or the “telling”.

At first glance, the many steps of the Passover Seder take us through the story of redemption from slavery in Egypt, provision and protection through the wilderness wanderings and blessings in the abundant Promise Land. The original requirements, as found in Exodus 12, were pretty basic. Our ancestors were to acquire a lamb, apply its blood on the doorposts of their homes, stay inside as the destroyer passed through their villages. The lamb was roasted and consumed, with bitter herbs, unleavened bread and four cups of the fruit of the vine were drunk throughout the evening.

Much was added by way of traditions over the years, and the Haggadah was born to guide Jewish families through the rich celebration of redemption. What if the Passover was a type of something or someone greater than the sacrificial lamb and various elements? Let us go through the main parts of the Seder and discover how they are connected and how they all point to a specific part in the redemptive career of Yeshua the Messiah.

Bedikath Chametz (Search for the Leaven): Before Passover can take place, a Jewish home must undergo a thorough search for anything containing leaven, and it must be cleansed of it all (Exodus 12:19-20). Interestingly enough, when used symbolically, leaven in the Bible represents sin (1 Corinthians 5:6-8, 11:28).

Brechat Haner (Blessing over the Candles): The official starting point of the Seder is the lighting of the Passover candles to separate the mundane from the holy, much like what takes place every Friday night for Shabbat. It is the role of the woman to light the candles, say a prayer and invite the presence of God into the room.

The Kiddush (Cup of Blessing): The first cup of Passover, or kiddush or “Cup of Sanctification” is filed to the point of overflowing (a symbol of joy in Judaism). It is one of four cups based on Exodus 9:6-7. We recite a prayer and drink the cup leaning to the left, sitting on pillows for comfort to symbolize that we are no longer slaves. Incidentally, no one really knows why we lean to the left.

The Urchatz (First Handwashing): One of two hand washings now takes place, where young children go around the table with a pitcher, basin and towel to ceremonially wash the hands of all guests, starting with the leader of the Seder. This symbolic handwashing takes us back to the cleansing of the priest and Levites at the Temple. This is the time that Yeshua chose to wash the feet of all the disciples (including Judas Iscariot) as He knelt down in a powerful display of humility and servanthood (John 13:1-11).

The Karpas (The Parsley): Now comes the time to grab a sprig of parsley, dip it in very salty water and eat it after a prayer is recited. The parsley is known as a symbol of the green of springtime (Passover season) and the saltwater symbolizes the tears shed in Egypt and possibly the water of the Red Sea. Looking at Exodus 12:21-22, the parsley more powerfully symbolizes the hyssop used to dip in the basin filled with the blood of the lamb and to apply on the doorpost for protection. Believers in Yeshua–The Lamb of God– have symbolically applied His shed blood on the doorpost of their own heart so that when the time comes for judgment of all mankind, we will be passed over.

The Yachutz (Breaking of the Middle Matzah): At the onset of the Seder, three sheets of Matzah are carefully placed in a pouch (matzotash) divided into three compartments. Now comes the time to take the middle matzah, break it in half, place one half back in the matzotash and wrap the other half carefully in a white linen napkin. We then proceed to hide it in the room and forget about it until a later time when we send children hunting for it. More on the middle matzo later.

The Maggid (The Retelling of the Story of the Exodus): Guests around the table take turns in retelling the story of the Jewish exodus by reading various passages in the Bible. Exodus 12:1-13 being the main passage. Some of Psalms are also read throughout the evening (Psalm 113-118, the Great Hallel) as they were in the days of Yeshua and before.

Ma-Nishtanah (The Four Questions): The youngest child able to do so, rises and asks four traditional questions about why we eat matza, why we eat bitter herbs, why we dip our food and why we lean as we drink the cups. The leader explains why. The four questions are traditionally done in a song reminding us of the reasons why this night is so different from all the other nights. It is usually followed by the story of the four different sons to whom Jewish fathers retold the Passover story, symbolizing four different kinds of people (wise, wicked, innocent and simple-minded.)

The Makkot (The Second Cup or Cup of Plagues): Remembering that a full cup is a cup of joy and since we shouldn’t rejoice over the fate of our enemies (Deuteronomy 32:35; Matthew 5:43-48), a tradition was developed where we fill the cup and then take a drop out with a spoon for each of the ten plagues, thus symbolically reducing the cup and making it one we won’t rejoice over. This second cup is then placed back on the table to be consumed later, slightly before the dinner is served.

Dayenu (It would have been Enough): Time to be creative and sing the Dayenu. This is a joyous song describing all the things that God did for His chosen people and how a couple of miracles would have been enough, but He kept adding many more.

The Rachatz (Second Hand Washing): Once again, the guests are invited to do another symbolic handwashing.

The Maror (The Bitter Herbs): As we remember how bitter our lives were made during the slavery in Egypt, we all dip a piece of matzah in the bitter herbs (usually grated horseradish) and that makes us cringe and even shed a tear from the strong taste. It also reminds us, believers, of the time we were slaves to sin before Messiah Yeshua redeemed us

The Korekh (Bitter Herbs with Sweet Mixture): We all then break two small pieces of matzah from the matzotash and put bitter herbs on one side, charoset or “sweet mixture” on the other and close it in a small sandwich. The sweet mixture is overly sweet to overpower the bitterness of the maror and remind us of the sweetness of redemption and dwelling in the Promise land. It also reminds us believers of the sweetness of redemption from our sins by the sacrificial death and resurrection of Yeshua the Lamb of God (John 1:29).

The Shulchan Orech (The Set Table): Finally, comes the time for a festive dinner for the whole family. Everyone sets their haggadot aside and rejoices in the fellowship and sharing of a copious dinner (made without yeast).

After dinner is finished, the second liturgical part of the Passover celebration takes place. It is definitely the time when all the parts of the Seder come together, and this is also the time when Yeshua chose to institute a very important ritual that continues to take place to this day. As we will see, Passover is both a Jewish tradition and an event filled with prophetic significance.
This will be the topic of Passover Part 2, published next week.