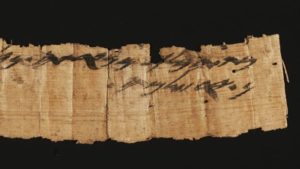 As part of the constant attempt by the Palestinian authority to delegitimize Israel, Jerusalem continues to be a political target. Many people today take for granted what took about 50 years to create: A Palestinian Jerusalem! To delegitimize a people group or a country, one must have patience. It also helps to pick on someone who is already disliked or in some cases even loathed by many others.

Hitler’s agenda would have probably not succeeded as well and as fast if the world didn’t already have an axe to grind with the Jewish people. Back then, modern Israel had not been reborn and Jerusalem, even though as Jewish as it was in the days of Kind David, was not an issue. Nobody questioned its legitimacy as being part of Israel and having very deep Jewish roots. But Jewish hatred already ran deep, in spite of it all. Antisemitism preceded “Jewish occupation of Palestine” by centuries, proving the current false premise beyond the shadow of a doubt.

But patiently over about five decades, the Palestinian agenda was slowly promoted. Today, what would have been considered to be dangerous propaganda 50 years ago, is seen as a valid view of the Middle East by many. One of the key reason why historical revisionism requires patience from its proponents, is that if you wait long enough, those who live through a particular event of history will all be dead and it will be a lot easier to revise, oppose and even deny such event. If you had told the early witnesses of the Holocaust that 75 years later, at a time when most survivors would be dead of old age or in their nineties, that people would come around pretending the Holocaust was a hoax, you would have had a very small audience. Yet, today we have to fight hard to preserve the memory of the six million.

The same principle is being applied to Jerusalem, the Temple Mount and their respective Jewish roots, and yet the evidence to the contrary is overwhelming. The first mention of “Jerusalem” by name in the Bible is in Joshua 10:1 where it speaks of Adoni-Zedek, king of Jerusalem. Joshua was written around 1400 BCE, 3400 years ago. Additionally, that mention is also in the context of “Israel” found in the same verse. There is also a hint of Jerusalem when Melchizedek meets Abraham in “Salem”, in Genesis 14:18.

Jerusalem is mentioned 669 in the Tanakh and about 150 times in the Brit Hadashah (New Testament.) Many instances actually describe the Jewishness of Jerusalem in no uncertain terms like in Ezra 1:3, when Persian king Cyrus–A non-Jewish ruler proclaims: “Whoever there is among you of all His people, may his God be with him! Let him go up to Jerusalem which is in Judah and rebuild the house of the Lord, the God of Israel; He is the God who is in Jerusalem.”

All these examples come from a Jewish book, written by Jewish authors and destined to a predominantly Jewish audience, and yet, people are now accepting the fabricated story that Jerusalem has no or very little Jewish connections. Instead, a Muslim connection is made by proponents of the Palestinian narrative. Interestingly enough, if Jerusalem is indeed such a holy site to Muslims, why is it NEVER mentioned by name ONCE in the Qur’an? There is a mention of a “farthest mosque” in Sura 17:1, named Al-Aqsa in the Qur’an, and from that word, an inference is made to describe the place as Jerusalem and assign it some Muslim connection. If it is so holy to Muslims, why is it never mentioned by name?

Lately, the Palestinian narrative has been pushed forward by UNESCO when they claimed that the Temple Mount–the very foundation of Solomon’s Temple– had no Jewish connection. At the same time, Mahmoud Abbas is insisting for a further “de-judaization” of Jerusalem. This is coming from a “trustworthy” leader who is on the 13th year of his 5-year term as leader of the Palestinian authority. He is also the man who wrote his graduate dissertation on Holocaust denial.

All these lies are becoming truth! Remember to be patient AND repetitive if you want to transform a lie into accepted truth. At the same time geographical, historical, biblical and archeological truths are being ignored by those who would rather demonize Israel. Because at the end of day, it is not really about helping Palestinians regain their “occupied” country, it is really about delegitimizing Israel and the Jews.

This is also why the very same people will keep their head in the sand when presented with more undeniable proof about Jerusalem’s Jewish connection, even if it is an extra-biblical evidence like the piece of papyrus found recently in the Judea Desert, that mentions Jerusalem in Hebrew in the context of a food delivery list. This was a small piece of papyrus but a HUGE discovery, dating from the 7th century BCE. Evidence like this one are not welcome by UNESCO and the blind proponents of the Palestinian revisionism. Dr. Randall Price from Liberty University, Virginia USA along with a team of Israeli archeologist also recently discovered a new Qumran cave that has now been named “Qumran 12” following the names of the previous 11 caves of Dead Sea Scrolls.

So it looks like no matter what the evidence, those who choose to deny Jerusalem and the Temple Mount’s Jewish connections are not to be bothered by the facts. It is unfortunate, but somewhat expected of Middle East Muslim leaders. The rest of the world should really know better. Historical revisionism is dangerous, especially if it goes on long enough so that those who could defend the truth are either gone or don’t even know how to defend it! God will continue to give us clues to unearth that will vindicate His story found in the Bible. It’s time we all pay more attention and educate ourselves about those clues!