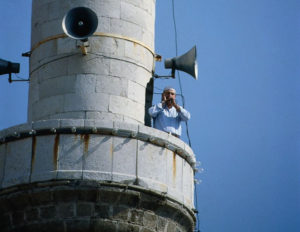 For the last several decades, Europe has been a haven of opportunities for immigrants from a myriad of countries. For various reasons going from political to economic to ethnic, people from all over the world have flocked to the continent, slowly changing the demographics of “Old Europe.”

The reasons for the various immigrants to leave their countries were not necessarily the same as the reasons for the hosting countries to accept them. In many cases like France and Germany in the 1950s and following decades, the hosting countries were interested in cheap labor as well as a labor force that would be willing to take on the tasks that some of the natives deemed unworthy. I grew-up in the 1960s in France where almost all street sweepers and trash collectors were either Arabs or Africans. Immigrants came seeking a better life, they didn’t always get it.

Fifty years ago, there was already a noticeable influx of refugees from Muslim countries. Islam was a reality, but it had not evolved into this multi-faceted ideology punctuating the lives of a newer generation of Muslims. Islam of the 1950 and 60s was harmless. Harmless because it wasn’t political and hadn’t had a chance to get radicalized yet.

Back then, the willingness of most European countries to take in immigrants was somewhat shrouded with naiveté. These destitute and abused people needed protection regardless of their upbringing, countries of origin and/or religion. None of it mattered when it came to provide them with safe haven, and rightfully so–even if there was the ulterior motive of cheap labor. It was the right thing to do then, but is it still the right thing to do now? In theory, YES, but things are much more complicated today than they were fifty years ago.

The unspoken expectation of the hosting countries was that their new influx of immigrants would assimilate. They would learn the language if needed. They would get any job available to provide for their family and they would adopt the culture or at the very least adapt to it. This isn’t to say that they couldn’t remain culturally and spiritually connected to their origins. It is perfectly normal and encouraged to maintain our customs in the home. I am a Jew born in Paris, France who lives in America. I can continue to practice anything Jewish at home or in a congregational setting as well as maintain my French customs and habits if desired, as long as I assimilate within the American culture and society to become a fruitful member of that very society.

Almost every religion and/or ethnic group in the world has understood and accepted these parameters as they moved to different countries to seek better lives. Unfortunately–and this isn’t an attempt at profiling–a section of Islam has done the very opposite. They have refused to assimilate or integrate socially and have forced themselves into self-imposed ghettos. They have re-organized as mini enclaves of Islam in their respective hosting countries, gradually expecting the hosts to assimilate to their [Muslim] way of life. It has been a slow process, vastly ignored by ignorance or by choice. But in the last 10 years, Islamic radicalism has been pushing faster, stronger and further.

We are seeing a reverse assimilation of natives in various European countries. The very countries that were supposed to positively influence the migrants coming to them are being influenced and increasingly “forced” to flex to a foreign ideology that I believe is changing the fabric of Europe forever. This is upside-down assimilation, and in the context of Islam is also known as “dhimmitude.” Consider just a few decisions made by these European countries:

• France will start teaching Arabic in primary school in the fall of 2016.
• The UK has introduced and enforced a halal (permissible food under sharia law) menu in many schools.
• Germany passed the politically correct law “No Means No” to protect women from being raped. The new law is meant to be effective without insulting potential rapists or risking to be called an Islamophobe. Keep in mind that we are dealing with an ideology where women have very little rights and saying no carries no weight at all.
• Sweden and is spending more resources on migrants than on their own people.
• Belgium has allowed Muslim neighborhoods (read “No-Go Zones”) to grow to the point of losing control of these sharia ruled sections of Brussels like Molenbeek.

This reverse assimilation effect that is currently plaguing most of Europe can only lead to the subjugation and Islamization of the continent, unless stricter laws are passed and enforced, and borders better controlled or even closed. Not to mention the potential terrorists freely infiltrating all of Europe, completely unchecked. I fear that most Europeans already feel overwhelmed and that they have given up on fighting back. Most governments realize that they are in a crisis, yet the demon of political correctness has possessed them, muted their voices and tied their hands. They have become the puppets of Islamo-fascism. In many cases like Sweden, France and Germany, the Muslim voting block is now making a difference between victory or defeat for key candidates.

Assimilation and integration of Muslims in Europe has been a complete failure. No-Go Zones do exist against the media’s propaganda telling us that they don’t. The migrant crisis of the last two years has nothing in common with the Muslim immigration of the last fifty years, but Europe is still handling it like it does, that will not work! It is time to wake up, lest you are awakened by the voice of a muezzin in the early hours of the morning from a minaret near you!