You are here: Home / Archives for Millennial Kingdom 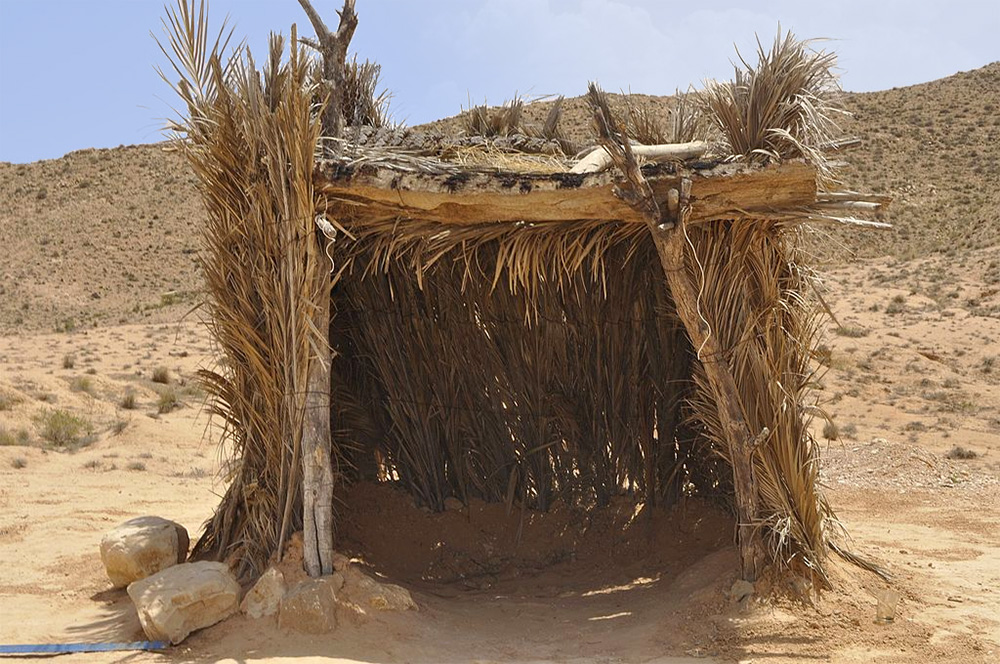 We can learn a lot about God’s character, His promises, His relationship with Israel and with us by studying the Levitical Feasts of the Lord as they are listed, organized and described in Leviticus 23. They are divided into two groups, the Spring Festivals (Passover, First Fruits and Shavuot) and the Fall Feasts (Rosh Hashanah, Yom Kippur and Sukkot). They respectively connect to the first and second coming of Yeshua the Messiah. The Spring festivals were fulfilled by His death, resurrection and birth of the Body of Messiah, while the Fall Feasts take us to a future time of fulfillment with the Rapture (thematically, not by exact date), the Great Tribulation and our ingathering and dwelling with Messiah in the Millennial Kingdom.

Based on several biblical reasons–the Levitical Feasts of the Lord not being the least of them–I adhere to a pre-tribulational, pre-millennial view of the end times. In other words, Rosh Hashanah comes before Yom Kippur which comes before Sukkot, so logically and biblically, we can look at the Rapture, the Great Tribulation and the Millennial Kingdom in that order.

After the Rapture, the world will go through a tremendous time of hardship and the death of billions who were left behind after rejecting Yeshua. That time is known as the Great Tribulation or the Time of Jacob’s Trouble when God focuses on the chastisement of Israel and brings all surviving Jews at the end of the Tribulation to cry out “Baruch Haba Bashem Adonai” (Zechariah 12:10; Romans 11:26; Matthew 23:37-39). Let’s not overlook the biblical fact that Yeshua’s Second Coming at the end of the Great Tribulation is triggered by a corporate Jewish acceptance of His messiahship. This is hugely important, especially in light of the fact that Satan’s career of lies and deceit will then come to an end and He will be relegated to an eternity of suffering away from God and without relief. If the Jewish people were not to call upon Yeshua, Satan’s position as the prince of the power of the air (Ephesians 2:1-2) would be secure. That is why Satan has been so busy going after the Jews through creative antisemitism for millennia. As we return with Messiah to inaugurate His messianic kingdom, we will join those who have survived the Tribulation and participate in the 1,000-year reign of Messiah on earth from the throne of King David in Jerusalem. How does that connect to Sukkot and Ezekiel’s Temple?

Let’s start with the Feast of Sukkot or Feast of Booths (Sukkot is the plural of the Hebrew word sukkah, which means “temporary dwelling or tent.”) It is also known as the Feasts of Tabernacles. The reference is found in Leviticus 23:33-44. Additionally, it is detailed in two other passages of Scripture, Nehemiah 8:13-18 (re-established after the Babylonian captivity) and Zechariah 14:16-19 (celebrated in the millennial kingdom). Sukkot follows Yom Kippur and is a time of great rejoicing after the solemn time of affliction of the body and the soul. It also marked the time of the first fruits of the fall harvest. The feast lasts for seven days and revolves around building temporary booths to eat in, live in and sleep in, reminding the Jewish people of the wilderness wanderings and of God’s provision and protection. At the time of sukkot in  biblical days, two important ceremonies took place.

The first one was known as “the outpouring of the water” when the priests marched down from the Temple to the bottom of the City of David at the pool of Siloam to fill water jugs and go back up through the “Water Gate.” Most of Psalms 120-134 were recited (The Psalms of Ascent.) As they arrived at the Temple, they poured out water at the base of the altar. This symbolized the outpouring of the Holy Spirit upon Israel in the last days.

The second ceremony was known as “the kindling of the lampstands” when the priests descended to the court of the women where four very tall lampstands were lit. This symbolized the Shekinah glory of God, and rabbis associated this ceremony with the Messiah, probably because of Zechariah 14:16-21.) Rabbis also applied Daniel 2:22 to the Messiah “The light dwells with Him.”

An eighth day was added by the rabbis to Sukkot, known as Simchat Torah or “Rejoicing over the Torah”. This is the time of the year when Jewish people finish reading the last weekly portion of the Torah known as a weekly Parasha, and start the cycle again. (Deuteronomy 33:27- 34:12 is read as well as Genesis 1:1-2:3.)

In the New Testament, it is mentioned in a long passage in John 7:1-10:21 when Messiah Yeshua observed the Feast and made some very profound statements. John 7:37-39 Now on the last day, the great day of the feast, Yeshua stood and cried out, saying, “If anyone is thirsty, let him come to Me and drink. 38 He who believes in Me, as the Scripture said, ‘From his innermost being will flow rivers of living water.’” 39 But this He spoke of the Spirit, whom those who believed in Him were to receive; for the Spirit was not yet given, because Yeshua was not yet glorified.
This was Yeshua’s response to “the outpouring of the water” ceremony. He was looking at the leaders and basically saying: “if you are looking for the Spirit of God, look no further, I am here!”

Then, in John 8:12 Yeshua again spoke to them, saying, “I am the Light of the world; he who follows Me will not walk in the darkness, but will have the Light of life.”
Again, this is Yeshua’s response to the second ceremony known as “the kindling of the lampstands” when He is basically saying: “You are waiting for “The light that dwells with Him”, the Messiah… I am here!”

Yeshua was ready to tabernacle with His people at His First Coming, but He also knew that to validate His office of Messiah, He would have to be rejected by the majority of His people. Even though He knew that His death was part of the divine decree, He still brought up His messiahship to His own people.

What is really exciting though, is the fact that according to Zechariah 14:16-19, we will celebrate the Feast of Sukkot in the 1,000 messianic kingdom of Yeshua on earth.

Zechariah makes it clear that Sukkot will be fulfilled by the messianic kingdom which will be a time of rejoicing after the terrible afflictions of the Great Tribulation (Yom Kippur). In the Millennium, the Feast will be obligatory for all people, Jews AND Gentiles alike. All gentiles who survived the Tribulation (the sheep Gentiles of Matthew 25:31-46) will send a delegation to Jerusalem each year to celebrate Sukkot, to worship King Messiah and celebrate the Feast. This is also a time when Messiah will “tabernacle” on earth with His subjects.

In Matthew 17:1-4, Peter who knew from Zechariah 14 that the kingdom of Messiah would be fulfilled by Sukkot, immediately asked the transfigured Yeshua if they should build three tabernacles or sukkahs. Peter was convinced that Yeshua was about to inaugurate the messianic or millennial Kingdom at that time. He understood the fulfillment, but his timing was off, and he was jumping the gun as Sukkot was the last of the Levitical feasts. Yeshua would have to die, rise again, start the Church, rapture the Church and allow for the affliction of Israel before returning and establishing His kingdom so that Sukkot could be fulfilled.
Sukkot will be fulfilled by the Messianic or Millennial Kingdom on earth. The Feast of Tabernacle will be fulfilled when all saints tabernacle with the living Word on earth.

During the millennial reign of Yeshua from Jerusalem, the fourth Temple will stand in Jerusalem. The third Temple or Tribulation Temple–never condoned by God–would have been destroyed and the fourth Temple also known as the Ezekiel Temple (Ezekiel 40-48) will come down from heaven. All believers who would have been raptured will return with Yeshua at the Second Coming at the end of the Great Tribulation to join those who would have survived the Tribulation and to enter into the Millennial Kingdom in all its beauty, including the breathtaking final Temple and fellowship with Yeshua Himself.
There has never been a more important and exciting time to know Yeshua personally. The Spring festivals were fulfilled literally and so will the Fall ones be. By trusting Yeshua today we secure our place in the Rapture (if He doesn’t call us home personally before), we avoid the tragic seven-year Tribulation and we return just in time to celebrate Sukkot for 1,000 years before we enter the eternal order in God’s presence.