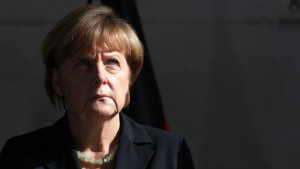 While nobody in Europe is willing to accept it–let alone publicly admit it–the open borders policy leading to the recent migrant tsunami of the last few months is a grave error. There is no real consensus within Greater Europe as to how to handle the flow of migrants. Some Balkan countries like Macedonia, Serbia, Croatia and Slovenia are now closing their borders. Hungary closed its southern border and even sent armored vehicles to protect it. Sweden on the other hand, like many European countries has had an “open borders” policy allowing for a heavy flow of mostly unchecked refugees. Of course, Germany has been the dream come true for hundreds of thousands of “migrants.” This dream come true is now a real nightmare for Europe in General and Germany in particular.

Countries like Sweden and Germany are in big trouble and the kind of trouble they have allowed and continue to allow cannot be contained within their respective borders, at least not under the current conditions. So they are now controlling their borders and possibly closing them. Well, it’s about time, but could it already be too late?

Germany is dealing with unprecedented levels of rapes like the New Year’s Eve incidents in Cologne. Not to mention the large number of migrants who have simply disappeared upon entry. Germany wants to close the coop but the fox is already in. “It’s OK” says Ms. Merkel, “we will teach the fox that it shouldn’t kill the chicken!” To be sure, not all migrants are guilty of rape and not all rapes came from migrants. But for those who are guilty, we are dealing with a cultural chasm between theirs and Western culture. A lower view of women is going to be a major hindrance in educating people about relationships, respect and proper behavior. This would be hard to do in a normal situation, but compounded with the dynamics of a wave of people, it becomes nearly impossible.

I wonder if Germany is subconsciously suffering from Post-holocaust guilt? It took decades for the German people to get over the Nazi attempted cleansing of the Jewish people as they systematically killed six million. So Germany has strong laws against hate crimes and anti-Semitism, even if they might not all be enforced. Obviously, the last thing that Germany would want to be accused of is a repeat of its treatment of human beings during WWII, whoever the ethnic group might be this time. Thus the pendulum swings opposite side the Nazi ideology. Good for them but be careful because there is bad in both extremes!

With this large amount of migrants coming from all around, it is inevitable that some really dangerous individuals will mix in and enter Germany and/or other countries unchecked. One of the terrorist of France’s second terrorist attack of 2015 in November, entered France through Greece, unchecked. The rest is now part of history, a bloody one if you ask me! So now we start seeing some extreme right wing parties making progress in the political arena in Sweden, France and Germany like in the case of the AfD “Alternative für Deutchland” party (alternative for Germany.)

These populist, Eurosceptic parties are often seen as the best option to secure their respective countries. Currently, they are gaining momentum across Europe. They send a patriotic message of stronger security and border control at a time when it is pretty much non-existent. Of course, they are going to be appealing to the masses but don’t forget that the lines quickly become very blurred for the leaders of parties like Jobbik in Hungary, Front National in France or AfD in Germany.

The knee jerk reaction of many in Europe is to approve of these parties’ ideologies because of their apparent immediate solution to an uncontrolled migrant/refugee crisis. But history has shown that xenophobia and antisemitism are rooted deep down within the psyche of these parties. Do not think for a minute that if and when one of these parties would come to power in Europe, they would be content with simply regulating the refugee flow into their respective lands.

When the rubber meets the road, the Jewish people will be thrown under the bus as well. Extreme right ideologies have never faired well for the Jews throughout history. There is no reason this should change. So really, by allowing extreme right parties to become players, we only will create more vulnerability because of their radical approach to politics.

That is also without taking into account that the Jews could be held responsible for the migrant crisis very soon after extreme right parties attain some position of power. Some might think that I am overreacting, but with the high level of irrationality driving End-Times antisemitism, I wouldn’t put this past them. After all, some people were probably accused of overreaction when they tried to warn others about Middle Ages blood libel, the Inquisition, the Pogroms and the Holocaust. History sadly proved them right.

Germany has been trying so hard to distance itself from the 1930s that it is blinded by a crisis that could put them right back there!