You are here: Home / Archives for Martin Niemoller 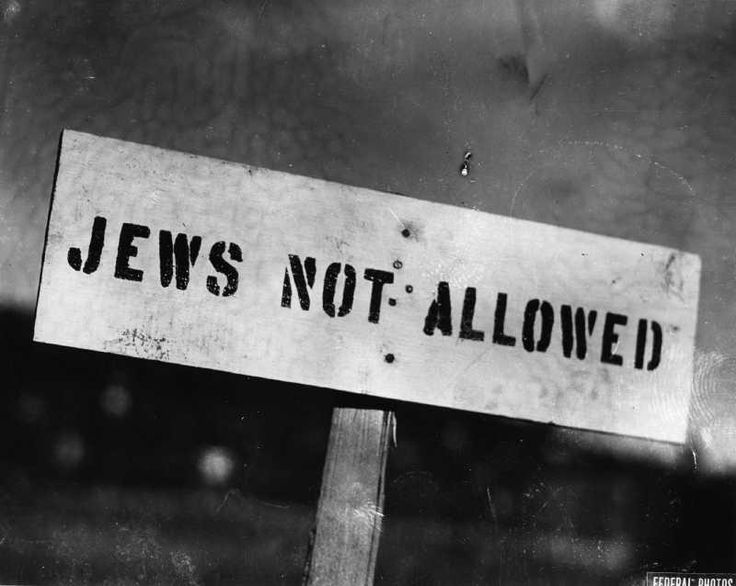 When Hitler wanted the “Aryan race” to dominate Europe, he used the now debunked law of Eugenics. On one side of the coin was this description of the perfect race; blond hair, blue eyes, perfect size nose and ears. On the other side of the coin was the Jew, a subhuman race akin to vermin and destined for complete destruction to save the world of its “grip.”. Hitler was obsessed with getting rid of the Jews, not only in Germany but all of Europe and the rest of the world if he could. His ultimate goal was a Jundenfrei Europe, a European continent free of Jews at any cost, and six million later, he almost succeeded! The Nazi term Judenfrei described the attempt to achieve “the final solution to the Jewish question.” At first, but not for long, the Jews were ostracized, demonized and expelled. Eventually, when a community had gotten rid of all its Jews, it was Judenrein or Jew-free. But, this was never enough for Hitler and the Nazi regime. The complete annihilation of the Jews was the goal…One Judenrein at a time!

When looking at the concept of Judenfrei, it is crucial to consider that it didn’t happen as an isolated incident but was part of a very precise, organized and structured agenda of death. The Holocaust, A systematic, willful attempt at exterminating all of European Jewry, can be divided into four main periods of a few years spanning from 1933 to 1945. Legislation from 1933-1938 (The Nuremberg Laws), Criminalization of Jewishness from 1938-1939 (Kristallnacht: The Night of Broken Glass), Isolation from 1939-1941 (Ghettos) and Annihilation from 1941-1945 (Death Camps.) Judenfrei was part of the agenda of death. It was just one step on the path to total annihilation. It described an area that had been “cleansed” of its Jews in the same way that a pest control inspector would declare your home free of vermin. Cafés, restaurants and other businesses advertised to the outside crowds that they proudly were Judenfrei.

Judenfrei or Judenrein didn’t come to a halt when the war ended in 1945. The concept was picked up by many Arab and Muslim countries that have made life impossible for Jews and forced them to leave. Several countries currently have dwindling numbers of Jews, even down to the single digits. Sometimes the Jews are forced out and sometimes they leave on their own. All this being said, there is nothing positive about Judenfrei.

So, when the University of Berkeley in California decided to develop “Jewish Free ” zones on campus, I cringed! To be exact, nine different Law Student Groups at the University of California, Berkeley School of Law are modifying their by-laws to make sure that Jews are excluded.  They want to ensure that speakers promoting Israel or Zionism are never invited anywhere or anytime on campus. The law groups are Berkeley Law Muslim Student Association, Community Defense Project, Law Students of African Descent, Middle Eastern and North African Law Students Association,  Asian Pacific American Law Students Association, Queer Caucus, Women of Berkeley Law and Womxn of Color Collective. How in the world do we get the Queer Caucus and the Muslim Student Association to get along when they are on two opposite sides of the ideological spectrum? Oh Yes, I remember, “the enemy of my enemy is my friend!” It is also important to understand that Berkeley as a school doesn’t endorse that decision.

Some of the language used in the revision of the bylaws is very concerning, as they state, “ in the interest of protecting the safety and welfare of Palestinian students on campus [insert organization name] will not invite speakers that have expressed and continued to hold views or host/sponsor/promote events in support of Zionism, the apartheid state of Israel, and the occupation of Palestine. This sounds like the pro-Palestinian students are at risk for their safety when a pro-Israel group or speaker is active on campus. It also accuses Israel of apartheid, which frankly is an outright lie that those promoting it rarely if ever take the time to go to the Land and observe how Arabs and Jews actually co-exist and work together in Israel.  They also intend to promote BDS (Boycott, Divestment and Sanctions) against Israel, as well as equip people on how to properly boycott Israeli products, companies and personalities. Erwin Chemernsky, the Dean of the Berkeley Law School is Jewish and he is even a progressive Zionist. By the new standards of the Law Scool bylaws, he would be forbidden to speak at any events; how is that going to work?

What we really need to see is real dialogue from both sides. There used to be a time when people with differing views could dialogue freely, agree on some and disagree on some, but keep a respectful attitude towards each other. On a university campus, when the next generation is being groomed and equipped to be the leaders of tomorrow, what are were teaching them when we call Jews occupiers, colonizers and human rights violates. Incidently, if a Jewish student wants to contribute to the dialogue at a pro-Palestinian gathering, they are quickly booed and often escorted out. I know it first hand because I was the recipient of in sults at UC Irvine in California several years ago when I attempted to participate to the dialogue and ask a question.

When Berkeley Law students call for a Jew-Free Zone, not only do they infringe on freedom of speech, but they commit antisemitism and encourage others to do likewise. If this is not reversed, other schools will follow suit and then other organizations. This is a little spark that could very rapidly lead to a forest fire. Considering how many of the current events parallel the gruesome agenda of Nazi Germany in the 1930s and 40s, when we hear that a school wants to be Jew-Free, we should be outraged, speak up and come to the defense of our Jewish friends. Remain silent and soon enough the Jews in your town will be no more.  British commentator Melanie Phillips was spot on when she declared, “For American Jews, the writing is now on the wall in neon lights!” This is enough to make Martin Niemöller turn in his grave.