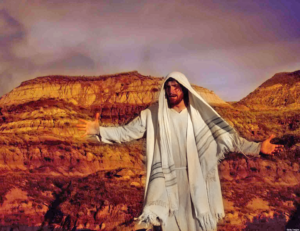 It can be argued that the search for the Mashiach (Messiah) is as old as the Jewish people are and his identity as debated as Jewish people are opinionated. It is not debated though, that the Hebrew word mashiach carries the meaning of “anointed.” But it doesn’t exclusively describe the Mashiach with a capital M. The Tenach speaks of several people as “mashiach” as they were anointed by G-d for a specific purpose, and it doesn’t even stop with people. King David, while he was no Mashiach–after all, he was a murderer and an adulterer–was also called “a man after my own heart” by G-d Himself. But King David was a mashiach, in the sense of being anointed by G-d for a purpose. Samuel was led by G-d to select David over all of Jesse’s sons and anointed him for kingship in 1 Samuel 16:13. It carries the meaning of being “set-apart” and “empowered” for service. Jehu was anointed for kingship in 2 kings 9:6 , a stone was anointed with oil by Jacob in Genesis 28:18 and even Aaron’s priestly garments were anointed for his son’s service in Exodus 29:29. So it is clear that the word “anointed” has the same meaning, but can be used for people, things and places.

Moving forward, we need to consider the office and identity of the Mashiach with a capital M only. As I have already mentioned, the search for the Mashiach has been going for centuries. The hope that this person is supposed to bring to the world is something that has been desired by many generations and that has even brought some people to the forefront, claiming that they were the Mashiach. I certainly do not want to go over all the false messiahs that history brought us, but I would like to consider three important figures in Judaism. We can learn more about the Mashiach by looking at these three people who, one way or another, ended up–if even for a short while–with the title of Mashiach.

During the Bar Kochba Revolt (132-136 CE), famous rabbi Akiva Ben Yosef (Rabbi Akiva), who possibly was a contemporary of rabbi Gamaliel (Saul of Tarsus’ teacher) got involved in the revolt. It is difficult to say with certainty how involved he was, but within Judaism, it is agreed that rabbi Akiva declared that Bar Kochba was the promised Messiah of Israel. It was eventually proven that he had placed his messianic expectations on the wrong candidate. Bar Kochba was no Mashiach! Rabbi Akiva was a Tanna, one of the 120 known sages (Tannaim) whose thoughts are recorded in the Talmud. He was also a great student and teacher of Scripture and is credited for having greatly helped to systematize Judaism. The fact that he was wrong about Bar Kochba never warranted his dismissal as a bona fide rabbi or stripped him of his Jewishness. To this day, he is still considered as one of the most influential figures in Jewish history. This begs the question, “If rabbi Akiva was wrong about false messiah Bar Kochba, and is still respected as a rabbi AND as a Jew, why can’t a Jew who believes in Yeshua (Jesus) retain his/her Jewish identity and simply be declared wrong about their messianic choice?” Is there a double standard being applied here?

Then there was Sabattai Zvi (1626-1676), a Sephardic rabbi from Smyrna (modern day Turkey.) Sabattai Zvi was a follower of Kabballah (Jewish mysticism) and declared that he was the long-awaited Jewish Messiah. In the Zohar which is one of the main books used by kabbalistic Jews, the year 1648 was supposed to usher in the messianic age, and this might have encouraged Zvi to come forward as the Messiah. Jews have always ached for the coming of the Messiah and conditions during Sabattai Zvi’s life were very bad, especially with the Khmelnitsky pogroms responsible for the death of about 100,000 Jews in Eastern Europe. It would have been a great time for Messiah to arrive and settle things. But isn’t it always a great time for Messiah to come and settle His kingdom? Eventually, Zvi was imprisoned by the Grand Vizier and given the choice to either be killed or convert to Islam. To save his life, Sabattai Zvi converted to Islam, taking with him a section of his devout followers. Even though he has been rejected by Judaism as a false messiah, he continues to have followers in Turkey who have somewhat syncretized parts of Islam and Judaism and have become known as the Sabbateans. Sabbatai Zvi was no Mashiach!

What about the Lubavitcher Rebbe Menahem Schneerson? Rabbi Schneerson (1902-1994) was the leader of the Chabad-Lubavitch movement for four decades. Although he never claimed to be the Messiah, there are different views within the Chabad-Lubavitch Jewish sect, regarding his right to the title. Some still believe that he was the Messiah, based on a Jewish belief that in every generation there is one person who is worthy of that title, while others don’t believe that he had the right to any messianic claims. Rebbe Schneerson contributed to modern Judaism in many ways. He was recognized as a key Jewish figure by many leaders in America and abroad. He was a very pious Jew, but the Rebbe was no Mashiach!

Although not all Jews believe in a messianic age or even the coming of a Mashiach, for those of us who believe in the coming of a messianic era with a ruling Mashiach, there is one more option. Once we understand that Mashiach will bring peace on earth and redeem His people, it helps us to search for that person in the Tenach (old Testament.) First of all, we must recognize the importance and need for a Mashiach. Pious Jews would tend to agree with Maimonides “13 principles of faith”, foundational to Judaism, of which #12 states unequivocally,” I believe with perfect faith in the coming of Mashiach. Though he tarry, nonetheless, I will await him everyday, that he will come.”

In Daniel 7:13-14, we learn about one like “a Son of Man”,  “I kept looking in the night visions, And behold, with the clouds of heaven One like a Son of Man was coming, And He came up to the Ancient of Days And was presented before Him. 14 “And to Him was given dominion, Glory and a kingdom, That all the peoples, nations and men of every language Might serve Him. His dominion is an everlasting dominion Which will not pass away; And His kingdom is one Which will not be destroyed. Rabbi Rashi believed that the passage spoke of King Mashiach, so did Ramban (Rabbi Nachmanides.)

In Zechariah 9:9-10, we learn about the humility of the coming Mashiach, who will ride on a donkey and bring peace to the whole world, Rejoice greatly, O daughter of Zion! Shout in triumph, O daughter of Jerusalem! Behold, your king is coming to you; He is just and endowed with salvation, Humble, and mounted on a donkey, Even on a colt, the foal of a donkey. 10 I will cut off the chariot from Ephraim And the horse from Jerusalem; And the bow of war will be cut off. And He will speak peace to the nations; And His dominion will be from sea to sea, And from the River to the ends of the earth. Again, most prominent rabbi, Rashi agreed with the humble demeanor of the Mashiach, as he referred to Him as a poor man who will ride on the same donkey used by Abraham for the binding of Isaac. That view was also shared by rabbi Saadia Gaon. Additionally, Rashi, in his commentary on Micah 5:2, claims that Mashiach will originate from Bethlehem, “But as for you, Bethlehem Ephrathah, Too little to be among the clans of Judah, From you One will go forth for Me to be ruler in Israel. His goings forth are from long ago, From the days of eternity.” So do Pirke de Rabbi Eliezer and the Jerusalem Talmud.

This is a lot to process and yet these are just a handful of the predictions about the Mashiach. There are so many more to be listed. We must also remember that a popular view according to Judaism is that there can be two Mashiach figures over the ages. Mashiach ben Yosef, who will come to suffer and die for his people and Mashiach ben David who will come to conquer the world and rule in peace from Jerusalem. This view has a lot of merit and fits very well with my Mashiach of choice, Yeshua of Nazareth (Jesus.) While those within my people who await the coming of the Mashiach are comfortable with the dual ben Yosef/ben David view, they are not seeing Yeshua as a fulfillment. But it really isn’t that complicated to see that Yeshua was Mashiach ben Yosef when He first came, over 2000 years ago to die for Israel and the whole world as the Lamb of G-d and the ultimate atonement for all of our sins. The story didn’t end there, because on the third day, He rose from the dead and shortly after he ascended to heaven to be at the right hand of G-d, awaiting to return. Eventually, there will be a second coming, or return of Mashiach, this time as “Mashiach ben David” to defeat Ha Satan His archenemy and to establish His messianic kingdom on earth as the Davidic King whose reign is forever (2 Sam. 7:12-16.)

Most of mankind would agree with the concept of a redeeming and ruling Mashiach. These are big shoes to fill, and many have tried unsuccessfully. There is only one true Mashiach and He is coming back soon, so choose wisely as if your eternal destiny depended on it, because guess what…it does, and the clock is ticking!