You are here: Home / Archives for League of Nations 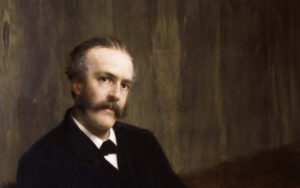 99 years ago, a very important document was written in the United-Kingdom by foreign Secretary Lord Arthur James Balfour to the leader of the Jewish community Baron Walter Rothschild. It has become known in history as the “Balfour Declaration.” The text of that letter reads as follows “I have much pleasure in conveying to you, on behalf of His Majesty’s Government, the following declaration of sympathy with Jewish Zionist aspirations which has been submitted to, and approved by, the Cabinet. “His Majesty’s Government view with favour the establishment in Palestine of a national home for the Jewish people, and will use their best endeavours to facilitate the achievement of this object, it being clearly understood that nothing shall be done which may prejudice the civil and religious rights of existing non-Jewish communities in Palestine, or the rights and political status enjoyed by Jews in any other country.” I should be grateful if you would bring this declaration to the knowledge of the Zionist Federation.”

The Balfour Declaration is a document that has been foundational in the world’s recognition of Israel’s right for self-determination within the boundaries of her own historical and biblical land of Eretz Yisrael. It was followed by another important agreement including the original Balfour Declaration, known as the San Remo Resolution, where the Mandate for Palestine was drawn together (land boundaries were decided four years later.) As a result of the San Remo Resolution being drafted, Great Britain ended-up being responsible for the drawing of the Mandate and land boundaries for Palestine. This became latter known as the “British Mandate for Palestine.” Fast forward to 1947 and the United Nations voted in favor of Resolution 181 and the partitioning of Palestine between Jews and Arabs. On May 14, 1948, under the leadership of David Ben Gurion, one day before the end of the British Mandate, Israel became a modern nation. Within hours five neighboring Arab countries declared war on the newborn Jewish state. One way or another, this war has been going on for seventy-seven years.

This would be a very bold move to make, even if we were dealing with to people groups fighting for territory. Britain might have been involved in initiating the agreement, but whatever took place after the United Nations voted for the partitioning of the region, even if it was connected to the Balfour Declaration, remains the responsibility of Israel and her Arab neighbors. Dan Margalit of Israel Hayom says “But the Balfour Declaration didn’t exist in a vacuum. The world supported it. Even King Faisal of Iraq, whose family originated in Saudi Arabia, reached an agreement with Weizmann on the terms. The declaration was approved in 1920 by an international conference that met in San Remo after World War I. The approval of the mandate by the Council of the League of Nations in 1922 gave the Balfour Declaration international validity, almost like the 1947 U.N. resolution to establish a Jewish state in part of the land of Israel.

But here is a bigger problem; Palestinians didn’t exist in 1917 (Balfour), 1920 (San Remo), 1924 (San Remo Land boundaries), 1947 (UN partition vote) and 1948 (Israel’s Declaration of Independence.) As a matter of fact, Palestinians didn’t come onto the scene as a “people” until the mid 1960s. So in essence, Abbas is retroactively inserting the Palestinians into history to justify the injustice he is claiming took place in 1917 and subsequent years. It is akin to quoting Abraham Lincoln saying: “Don’t believe everything you read on the Internet”, except that the latter statement is funny because it was made tongue-in-cheek. Abbas is dead serious about the Palestinians going way back in history.

The original Palestinian was invented, forcibly placed in Israel as a “displaced refugee” and further coerced into staying through several generations, born within the refugee camps and/or territories. Palestine went from a geographical area to a political agenda aimed at the complete destruction of Israel and the Jewish people. It took about fifty years to get where we are today. The current acceptance of the Palestinian narrative has become the new normal and is used as the foundation to historically justify a lawsuit against Britain for the Balfour Declaration. That justification doesn’t rest on factual history but this will not stop the PA from proceeding with the suit.

So what is next, a law suit against Italy for the San Remo Resolution of 1920? What about suing the United Nations for allowing Israel to become a modern nation in 1947/48? I suppose the Palestinians could even go as far as suing themselves for signing the Oslo Accords in 1993! Taken to an extreme, they could sue God Himself for giving the Land of Canaan to Abraham, Isaac and Jacob and their descendants (Genesis 12:7, 13:15, 15:18-21, 35:9.) After all, it looks like God started it all! Ironically, for once the Jews are not being blamed and I’ll take that as a small victory.