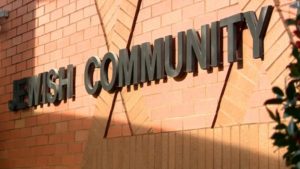 For as long as I have studied and taught against antisemitism, the United-States were never immune from the virus of Jew hatred, but they were not in the forefront either. Antisemitism has been expected from countries in the Middle East that are mostly Muslim countries. It has also been on the rise in most of Europe in the last two decades, with a recent surge in the last three years coming from all sides of the political, religious, ideological and cultural spectrums.

Things seem to be changing in America! Over 100 Jewish Community Centers (JCC) have received bomb threats in the last two months all across our nation. Several of these threats touched some of my personal friends, as well as one JCC in my own neighborhood. Fortunately, none of them was real. But how many more phone calls before one threat turns into a real explosion and innocent lives are lost? The President covered the issue in his address to Congress when he said “Recent threats targeting Jewish community centers and vandalism of Jewish cemeteries, as well as last week’s shooting in Kansas City, remind us that while we may be a nation divided on policies, we are a country that stands united in condemning hate and evil in all of its very ugly forms.”

One definition for “terrorism” reads “the unlawful use of violence and intimidation, especially against civilians, in the pursuit of political aims.” When I look at the recent bombs threats against multiple Jewish communities, and how they disrupted the peace of regular civilians, I cannot help but think that they were acts of terrorism. The intimidation in a bomb threat is very high as nobody can ever assume that it is a hoax, especially in the current world we live in. I also find the act of making a threatening anonymous phone call very cowardly. Antisemitism can happen in words and/or deeds. So far, the bomb threats have only been words but they can be equally damaging.

Two Jewish cemeteries in Missouri and Pennsylvania have also been desecrated with over 250 tombstones turned over. No muslim or Christian cemeteries were affected in the same period of time, just like no Muslim or Christian Centers were affected either. These attacks–strangely reminiscent of the 1930s and 1940s in Europe– were clearly targeted against Jewish people. These qualify as antisemitism in deeds the same way that several graffiti recently written on various Jewish properties do.

This may come as a surprise to many Americans, but these acts are not happening in a vacuum. I have been documenting such acts against American Jews since 1999. They were fewer and further in between than today…by a long shot. America is a huge country and isolated incidents of antisemitism have never made the front page of the papers or the eight o’clock news. Yet they happened all across the USA. This recent surge is symptomatic of a very serious problem but it can also be beneficial to many.

As surprising as it might sound, there are still many in America and around the world who either find it difficult to believe that antisemitism exist or who are simply unaware of it. The recent wave of events has propelled the issue to the forefront of the news, and it needs to park there for a while. Americans must understand that Jewish people are becoming a real target in the United-Stated like they have been in the Middle East and Europe for a while now. Outside from the obvious need to show our support to a scared community, this also should serve as a wake-up call for our country and the rest of the world. Antisemitism is back, it is growing again, and it is here to stay.

We must boldly denounce this wave of hatred against the Jewish people. Our current administration is going to have to do more than provide us with a few comforting words. When Mr. Trump makes it so clear that we are fighting Islamic radicalism and terrorism, he also needs to severely punish the perpetrators of such crimes.

Antisemitism is indeed the “Longest Hatred” and has been somewhat of a dormant volcano in America. The recent months have shown that the lava of Jew hatred is resurfacing out of a volcano that was never dead. I am not certain that we can stop the volcano, but I know that we can better protect the potential victims from its lava.

Hitler called his plan for the eradication of the Jewish people “the solution to the Jewish problem,” and he almost succeeded. The current surge of attacks against Jews in America could lead to another “solution to the Jewish problem,” if left unchecked. Europe is already seeing Jewish people being killed again. The evangelical community and all people of good will need to step up and reach out to help their Jewish friends, lest we become 21st century by-standers and facilitate what I call End-Times antisemitism.