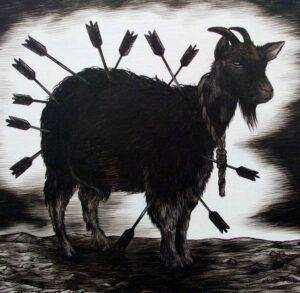 Early in 2020, everybody was talking about impeachment, and just like that, by March COVID-19 became the sole topic in the News, and again, just like that, at the end of May, the virus took second fiddle to the George Floyd death/race riots. What a year this has been so far! For many people, these events are all related to a plan to stop President Trump from re-election at any cost. While the anti-Trump agenda could very well be a driving force in the current events, my desire is not to get political at this point.

The virus is very real and has tragically taken many lives, and the last thing I want to do is to appear as if I am trying to minimize its devastating effect on us all. As to the protests, they are justified from the standpoint of the frustration and reaction to injustice and the wrongful death of George Floyd. There is no way to look at what happened to him and not declare foul play. I am disgusted by the tragedy that took place against Mr. Floyd and my prayers go to his family. The protests are justified and something must be done in America to solve our racial inequality and police brutality.

A peaceful protest is one thing, but when it turns into violent riots coupled with uncontrolled looting, it affects many people and businesses that have no connections to the issue, and it will ruin them… some for good! we must stand against that. As a matter of fact, standing up against riots and looting as one American people regardless of color or creed might be a great starting point to initiate dialogue and hopefully, reconciliation.

But there is another common denominator to these events that I need to bring to your attention, and that is the fact that they have all been linked one way or another to Israel and/or the Jewish people. The proverbial “Scapegoat of Humanity” can be found as the responsible party–partially or fully– in any of these crises. Even though they might appear as childish, ludicrous and unsustainable theories to most people of goodwill, these are circulating in the news and are being believed by more people than you would expect.

President Trump’s Impeachment: At the apex of the embarrassing impeachment scheme against President Trump, a Christian Pastor–and we should use the term very loosely regarding that particular individual– claimed that the impeachment was a “Jew Coup.” Rick Wiles, who has been known to be a virulent antisemite, was blasting that conspiracy theory from his church pulpit, doing much damage to the real Bible-believing Christians who read their Bible properly and cannot help but love Israel and the Jewish people. Wiles has since been banned from YouTube, but his videos can still be found circulating on the web. Wiles was also described as a Trump supporter and his site had mistakenly and tragically been accredited by the White House. Rick Wiles is a shameful individual who does not represent biblical Christianity and is only helping to further the 2000-year old divide between Christians and Jews. Does he know that the Messiah he claims to believe in, follow and serve was a Jew, as well as all of His disciples and all the writers of the Bible (except for Luke)?

The Corona Virus: Posts have gone viral on the web regarding the fact that the virus was a hoax invented by Jews to profit from it, or worse, that it was created by Jews for profit as well. And then, there are those who call it “The Jew-flu”, claiming that Jews spread it more than anybody else on the planet. This has contributed to a lot of antisemitic hate speech, not that we needed any more of that! Israeli politician and human rights activist Nathan Sharansky said “’They are blaming the Jews [for coronavirus], accusing us of trying to destroy the economy in order to make money.’…In Iran, the state-controlled media is blaming “Zionists” for the epidemic and warning people not to use a coronavirus vaccine if it is developed by Israeli scientists.” The Website NGO Monitor, keeping NGOs accountable, listed a myriad of NGOs that posted antisemitic tropes linking Israel, global Jews and COVID-19. Unbelievably, 20% of Britons believe that Jews are behind COVID-19. They obviously completely ignore the massive numbers of deaths in various Jewish communities because of the virus, especially in orthodox/Hasidic circles. They also ignore the fact that these very same Jewish communities that were hit very hard are now turning around to donate plasma.

The George Floyd Death: While there is no way on earth that the death of Mr. Floyd could be seen as accidental, there is still a way for antisemites to profit from it and link it to their anti-Israel agenda. It didn’t take very long for BDS (Boycott, Divestment and Sanctions) proponents to compare the method used by the police officer who murdered George Floyd to the methods used by the IDF on Palestinians. In reality, neither American cops nor the Israeli Defense Force use these methods.  Simon Wiesenthal Center Director, Abraham Cooper remarked very wisely, “We Jews know all about antisemites connecting non-existent dots to denigrate our people.” Additionally, rioters chose to vandalize a synagogue with graffiti saying, “F*** Israel, Free Palestine!” What does the death of George Floyd have to do with the Jewish people? Nothing at all, but don’t let that fact stop the irrational hatred against my people! And then there are those who literally say that “The police violence happening tonight in Minneapolis is straight out of the IDF playbook,” claiming with zero evidence that US police officers train in Israel.

This Israel “One-Size-Fits-All” response to the ills of the world is dƒespicable. It continues to plague our Jewish people wherever they live. It is groundless and yet it feeds into the agenda of Jew-haters. I am not saying that there were no Jewish people supporting the impeachment proceedings. I am not saying that not one Jewish person profited from some business opportunity created by the pandemic, and I am not saying that Jewish people are always accused of ills they are not responsible for. What I am saying is that mankind can be found responsible for many things hurtful and destructive, but it is because as a human race we have rebelled against God and taken matters in our own hands. It is not because we are black, Jewish, white, or whatever else!

Like the Amalekites of old, the Pharaoh who enslaved our people, Haman who schemed to destroy all Jews and all the other people who made it their personal struggle to hurt Israel and the Jewish people, our enemies are influenced by a false narrative that Jews are evil, blood-sucking creatures hell-bent on taking over the world. This comes straight from Satan’s playbook, and that playbook IS the “One-Size-Fits-All” for all the ills of the world. It is time to give credit to whom credit is due!