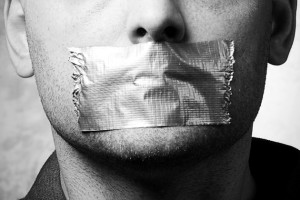 The western world has become accustomed to various reactions at the mentioning or drawing of the prophet Mohammed. The reactions have been from verbal to violent to bloody, and even lethal as we have seen in the case of the murder of Dutch movie director Theo Van Gogh in 2004 or the Charlie Hebdo massacre of 2015 in Paris.

Almost at the same time and unrelated, there was a Mohammed cartoons exhibit in Garland, Texas, organized by Pamela Geller of the American Freedom Defense Initiative. Towards the end of the exhibit, two gunmen approached the facility and started shooting at one of the security guards. The two shooters were killed on the spot. Miss Geller was quick to link the shooting to the theme of the exhibit, and she was probably right.

As I see it, freedom of expression is on trial once again. Actually, when it comes to freedom of expression, it has always been found guilty without a trial by radical Muslims. Nevertheless, I believe that neither Luz nor Geller were correct in their handling of the Mohammed cartoons controversy.

Luz chose to stop drawing and make a public announcement about it. Considering how far Charlie Hebdo pushes the envelope each week, It is highly doubtful that the cartoonist has stopped his cartoons because of remorse or respect for religious figures. It is pretty much guaranteed that Moses and Jesus will continue to receive their (un)fair share of abuse and ridicule, not to mention the plethora of politicians and celebrity regularly being targeted by Luz and others.

Ultimately, it is his decision to stop drawing Mohammed, but by making that decision public, I believe that at least within the radical Muslim mindset, he has abdicated his freedom of speech. This will only be seen as a victory emboldening further crippling of the West by Shariah pushing Imams and radicals.

In his case, it would have been a lot better to stop drawing Mohammed but remain silent about his motives. That would have permitted him to maintain his dignity and his freedom of speech. No matter what the motives are, Luz will appear weak to Radical Muslims and they will use it to their advantage, as they have repeatedly done in the past.

But unfortunately, Miss Geller’s Mohammed Cartoons Exhibit is not helping either. As a matter of fact, such a display of anti-Islam by Americans will only exacerbate the situation. Freedom of speech being what it is, still does not grant us the right to say anything we want, anytime we want to anybody we want. Freedom of speech guarantees that we won’t be harassed, arrested, imprisoned or killed for speaking our mind but it doesn’t and shouldn’t give us carte blanche to say anything we want.

Freedom of speech still needs to be controlled by common sense and even moderated by respect for the sanctity of life. What Miss Geller accomplished in Texas, if anything, is a further aggravation of the radical Muslims, and in doing so, she has only fueled their fire! We already have seen what these people [radical Islamists] are capable of when they feel that their prophet has been ridiculed. I am all in favor of exposing radical Islam for what it is–a barbaric medieval ideology. This being said, organizing an exhibit of Mohammed cartoons was just poor taste.

Much education is needed if we really want people to grasp what radical Islam is capable of. Female genital mutilation, honor killings and beheadings are issues that deal with the sanctity of life on a daily basis and they are worth fighting against and exposing. As to the Mohammed cartoons, our coming to a halt or our spreading them around will lead nowhere but to a greater chasm between the West and Islam.

Those of us with Judeo/Christian ethics should know better!