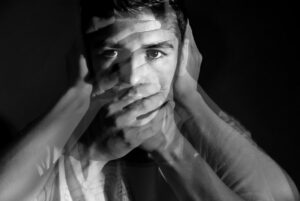 Too often, people have a propensity to ignore issues if they feel that they are not directly concerned or if the issues are far enough from them geographically or otherwise. People might think, ” the riots and protests are not my neighborhood, so I am ok!” or ” the fires are not putting my house in danger, they are too far, we are safe.” Unfortunately, apathy can be part of human nature to the point where we ignore the obvious if the obvious doesn’t affect us at a critical level.  At least critical to us.

In the early 1940s, Maurice Weinzveig, my Russian maternal grandfather was hiding in the cellar of our Paris residence. He knew that Paris had become very dangerous for a Jew without naturalization papers. He had to keep quiet and hidden for a while to protect his life and that of his wife and daughter (my mother.) Unbeknownst to Maurice, a gentile neighbor who worked for the French police and who was secretly in love with my grandmother, wanted to get rid of her husband, “the Jew.” He called the Gestapo and let them know that there was a Jew hiding in his building. They came, they took him, they sent him to Auschwitz, and he perished in the smokestacks of the Nazi factory of death.

When the Gestapo showed up at our residence, the guilty neighbor stayed home behind closed doors. Incidentally, he lived long enough so that I would meet him as a young kid. Nobody could prove beyond the shadow of a doubt that he had called the Gestapo, but the whole building knew that it was him, so he never paid for his crimes. He even had me sit on his lap a few times as a little boy. I get chills down my spine when I recall those moments. He was guilty of antisemitism by commission.

But what about the numerous neighbors in the same building who witnessed all the raucous movement up and down their building? They chose to remain silent, discreetly observing behind the privacy of their window blinders, as if they couldn’t do one thing to prevent the two Gestapo officers from apprehending my grandfather. Some feared for their lives and that of their own families; others felt powerless against the Nazi regime. How many were thinking, “I am not Jewish; this is none of my business?” Hard to say.  The truth is that they became apathetic bystanders, and a bystander who does nothing only facilitates the crimes of the perpetrator. See something and say or do nothing… and that my friend, is antisemitism by omission.

So, how does that concept translate to 2020 and the current multifaceted crisis that we are all in? In other words, what does this have to do with the virus, the riots, the economy, or any other crises we are dealing with as a society?  Once again, and very sadly, the thread is Israel and the Jews:

Covid-19: The Jewish people have been accused of creating, causing and even spreading the virus to the world for two reasons: To “take over the world’ and to “monetize” the vaccine/cure that they have developed. This hardly explains how Israel is currently suffering from a huge spike of new cases of Covid-19. One response from antisemites has been to encourage people to infect Jewish people by coughing on them. As early as last Spring, coining the new word “Holocough” made of the two words “Holocaust” and “cough,” antisemites flooded the social networks with the idea. People might say: “But I am not Jewish, so how does that concern me?”

The Protests/Riots: The tragic death of George Floyd precipitated America into regional protests that quickly became uncontrollable riots like those seen in Portland, Oregon for the last three months. Some people found it interesting to spread the rumor that American police officers were being trained by IDF officers in using methods that include the way George Floyd was chocked to death. The group known as US Campaign for Palestinian Rights came up with that unfounded accusation. Additionally, the DOJ is investigating the possibility of ties between the BLM movement and terrorist organizations. Terminology like “intifada” or “from Minneapolis to Palestine, Racism is a crime” are showing up on street signs, graffiti and social networks. Once again, the Jews and Israel are being blamed for the racial unrest, either directly or indirectly. People might say: “Black lives matter, and I am not Jewish, so how does the other stuff concern me?”

QAnon: The strange attraction that people have for the mysterious group known as QAnon is also leading people to blame the Jews. QAnon is some sort of conspiracy theory from an alt-right ideology. It is supposed to ANONymously expose the international Jewish cabal to destroy Donald Trump and take over the world. The fact that it is based on a hoax from 1904–The Protocols of the Learned Elders of Zion- that has been debunked over and over, doesn’t seem to stop QAnon adherents. They claim that the Rothschilds are behind the whole agenda of controlling the USA behind the scenes. Sadly, they haven’t been denounced more forcefully by the current administration. People might say: “QAnon is just a conspiracy theory and I am not Jewish, so how does that concern me?”

The easiest scapegoat for humanity has been the Jews for the last 2,000 years. Irrational behavior against the chosen people of God has gone uninterrupted for a very long time. The enemy of God and the Jewish people, Satan himself, is turning the irrational into the rational, acceptable and even the expected. But we do not have to accept the irrational blindly. Rabbi, philosopher and activist Abraham Joshua Heschel who marched with Martin Luther King during the Civil Rights Movement said: “Few are guilty, but all are responsible.” I would like to add to that that we can become guilty because of apathy. Jews and Blacks marching together against racism…Those days are gone!

Antisemitism by omission is still antisemitism. It might be watered down because people do not carry the guilt of being the main players in the longest hatred, but it is still dangerous, nonetheless. We cannot afford to remain silent about any form of injustice, period! For some reason, people will fight for various causes when they can be convinced that their voices and actions count for something. When people don’t feel concerned or in danger for their safety or even just for their comfort, they become apathetic. They feel like it is not their fight. But sitting on the fence of Jew-hatred is not an option. Indifference becomes our guilt.

Everything seems to indicate that the biblical predictions about the world going against Israel and the Jews are coming to fruition in our lifetime and rapidly (Zechariah 12:1-8; Daniel 9:27; Revelation 12.) Soon, we will all answer to a higher authority, and the God of Israel who calls the Jewish people the “Apple of my Eye” will not say to us, “don’t worry, you were not Jewish, so, this didn’t concern you!” While salvation cannot be lost, heavenly rewards can. We have a choice!

“If I were to remain silent, I’d be guilty of complicity.”  Albert Einstein