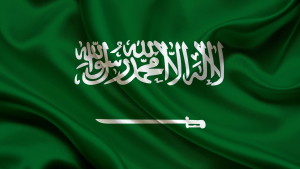 Recently, the Saudis have made two very peculiar moves to protect their country from an ISIS invasion and/or Iran. It is interesting to note that we now have an apparently sharia compliant country trying to defend itself from a sharia enforcing state. Is there more than one way to abide by sharia law?

It is also worth noting that the brand of Islam known as Wahhabism or Salafism, that is the driving force behind the Islamic State was born within the borders of Saudi Arabia. Even though it is clear that Saudi Arabia has progressively distanced itself from the extremist brand of Wahhabism adopted by ISIS, the connection cannot be ignored. It would appear as if the pupil has surpassed the master.

First, it was recently officially announced by the Saudis that they had decided to build a 600 mile wall/fence on their northern border with Iraq to protect themselves from a possible ISIS invasion. Seeing how Iraqi forces have poorly responded to ISIS, the Saudis are getting concerned. But this isn’t a reaction based on the growing threat from the Islamic State since apparently the idea first came up almost a decade ago.

Then there is the most recent offer they made to Israel in regards to opening their air space for the IDF to use if they choose to strike Iran. Of course it wasn’t announced in those words and was only discussed behind closed doors with some European leaders. According to The Wall Street Journal : US and Arab diplomats say that, although Arab nations have avoided matching statements made by Israel, they share many of the same fears regarding a nuclear deal with Iran. While I can appreciate Saudi Arabia’s desire to protect their borders, I find both those moves to be quite hypocritical.

The 600 miles wall/fence isn’t necessarily a bad idea. I believe that any sovereign state is absolutely entitled to its own safety. This is a sad reflection on the times we live in, when countries have to isolate themselves for their own safety, but like someone once said: “It is what it is!” As Saudi Arabia is building their fence, why isn’t there any outrage about their isolationist attitude? Should we accuse them of Islamophobia, or better yet “ISISophobia”? Are they becoming an apartheid state? Of course, you see where I am going with this as nobody is finding the Saudi fence to be out of line, yet the Israeli fence is Islamophobic and driven by colonialism and an apartheid mentality. Give me a break, the Saudi fence AND the Israeli fence have the exact same purpose and that is sovereign protection of their citizens. Why the double standard?

Now let us consider the opening of the airspace over Saudi Arabia for the IDF to fly over he they decide to strike Iran. As the United States continue to flex under the Iranian arrogance, the whole world is wondering how soon Iran will be ready to go nuclear. It certainly appears to be a matter of when and not if. Iran just performed a military exercise days ago and destroyed a life-size replica of a US ship to show the world how capable and certainly willing they are to destroy the West. They now have missiles capable of reaching Europe and the United States. What are we waiting for?

Saudi Arabia doesn’t share a border with Iran but finds itself on the other side of the Persian Gulf and definitely vulnerable. They understand that the one country that can and might do something is Israel, so they are willing to open up their air space in case of a strike. They obviously have much to gain with that move. But wait, there is a catch! The Saudis expect Israel to promise progress in the Israeli/Palestinian “Peace talks” if they want air space access. Nothing has been specified regarding what kind of progress, but good will towards reconciliation must be shown.

Excuse me! Saudi Arabia wants Israel to get along with Hamas who pretty much lines up with much of ISIS’ ideology and wants nothing but the death of all Jews (first) and the West (next). Last September, at the United Nations, Netanyahu rightfully said: “ISIS and Hamas are branches from the same poisonous tree.” Reconciliation requires both sides to be willing to reconcile. One-sided reconciliation is abdication, and in Israel’s case, abdication to Hamas would mean instant suicide.

How hypocritical is it from the Saudis to ask Israel to negotiate with some of the same bloody murderers that they [the Saudis] are trying to protect themselves from? How can they keep a straight face and ask Israel to “Help us protect ourselves from the people who want to kill you!”

It might still come to the time when Israel flies over Saudi skies to strike Iran, and it could be a positive move for the whole region. This being said, it is time for the world to recognize that Israel isn’t the enemy but the only hope in the Middle East. Deep down, Saudi Arabia probably knows it, otherwise they wouldn’t open their air space to them, but they are not willing to make such a statement in the open.

I look at the Saudis and It reminds me of Doc Holliday in the movie Tombstone, when he said:“My hypocrisy only goes so far!”