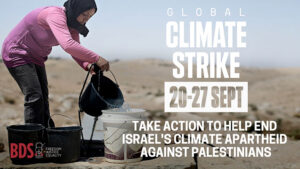 Only days after the UN special rapporteur Ahmed Shaheed, released a report to denounce antisemitism titled “Combating Antisemitism to Eliminate Discrimination and Intolerance Based on Religion or Belief“, one would tend to be a bit hopeful for the Jewish people. The report was described by many as “unprecedented.” Considering the United Nation’s apparent obsession with faulting Israel over any other country in the world, it was indeed unprecedented. The rapporteur understands that antisemitism is often unreported or under-reported. The report delineates the global distribution of almost 15 million Jews and then continues to identify the age-old diatribes against the Jews such as the murder of Jesus (deicide), the blood libel, ritual murder and control of the world.

He continued to expose the lies against the Jews and wrote, “Many of these negative stereotypes were promulgated in The Protocols of the Elders of Zion, a discredited forgery widely disseminated in the Middle East alleging a secret Jewish plan for world domination, written in the late nineteenth century.” He also denounced Holocaust denial and the Boycott, Divestment and Sanction movement. He went on to list global violence and online antisemitism as part of the problem.

Furthermore, Mr. Ahmed Shaheed, spent some time reiterating the definition of antisemitism and what constituted acts of Jew-hatred. He also listed the few countries that are said to have taken action against the perpetrators of acts of antisemitism, but very vaguely, if at all, described what the punitive actions were. Finally, he gave some good recommendations such as, “States should enact and enforce hate crime legislation that recognizes antisemitism as a prohibited bias motivation and that is clear, concrete and easy to understand. States should impose systems, routines and training in place to ensure that relevant officials recognize antisemitic hate crimes and record them as such.” But frankly, as good as they might be, I fear that they will go no further than the written report.

My reason for not being so hopeful is simply because I have noticed the lack of interest from the main public. People are often apathetic when it comes to antisemitism sometimes they might even be favorable. The issue is not helped by the fact that we have people in the US Congress such as Rashida Tlaib, Ilhan Omar and AOC. Their blatant antisemitic stance assures that the anti-Zionist and anti-Israel agendas are being pushed forward and normalized. Antisemitism is rapidly becoming mainstream. When we see Jewish men in Brooklyn being hit on the street at random, swastikas and other antisemitic symbols being written in various places around the globe with almost no reaction from the public, I worry! Not to mention the Pittsburg and San Diego synagogue shootings.

A very good test to determine if we are indeed going in the tragic direction of mainstreaming antisemitism is the 3D test created years ago by Natan Sharansky. The three Ds are Demonization, Delegitimization and Double-standards. Sharansky explains, “There is always place for criticism of Israel, as there is for criticism of any other free society. But it must not cross the line of anti-Semitism. When people talk about Israel, we have to identify whether these three elements of delegitimization, demonization and double standards apply to judge whether that criticism is tainted with anti-Semitism.”

I agree with him that criticism of Israel doesn’t necessarily need to be always seen as antisemitism. Unfortunately, the BDS movement–as one example– was never intended to bring balance to the Middle East by pressuring Israel with various boycotts. They are not even hiding their agenda anymore when for example, we hear from US university professor As-ad Abukhalil who claims that, “the real aim of BDS is to bring down the state of Israel … that should be stated as an unambiguous goal… Justice and Freedom for the Palestinians are incompatible with the existence of the state of Israel.“

The level of creativity or I should say craziness to which Israel haters will go to, never ceases to amaze me. Just when I thought that they reached their apex, antisemites joined a conference called ” Global Climate Strike” to accuse Israel of “Climate Apartheid.” For obvious reasons of exposure to the world, the conference took place at the same time as the United Nations General Assembly in New York from September 20-27, 2019. It was geared to motivate young people to speak up on the issue of climate change. What in the world is “climate apartheid against Palestinians” anyway?

This is part of what is being stated by the conference organizers,” been engineered by complicit corporations and governments that put profit before people and planet. The least powerful are the most affected by the climate crisis. With no control over their land or natural resources, indigenous Palestinians under Israel’s repressive regime endure climate apartheid. Multinational corporations invest in fossil fuels and in Israel’s oppression of the Palestinian people, pillage of Palestinian natural resources, and exploitation of Palestinian land.”  Nobody is questioning the usage of the words “indigenous Palestinians.” Why? because it is an accepted fact-unprovable culturally, historically or archeologically, but accepted nonetheless.

This “climate apartheid against Palestinians” is coming from people demonizing Israel and completely ignoring the health hazard created by the thousands of tires burned almost daily by Palestinians all along the Gaza border. It is the epitome of hypocrisy. If that is not Double-standard, I don’t know what is!

The enemies of Israel will never cease to invent new plots to delegitimize the Jewish state, and as antisemitism progressively becomes more mainstream, people won’t care, won’t speak up and pretty soon won’t even notice. When Jew-hatred becomes the new normal, who will stand up for my people?