You are here: Home / Archives for Christian 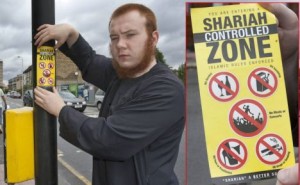 I have never been a supporter of assisted suicide. Many people consider it to be a murderous act, and I tend to agree; yet there is a moral chasm between murder and assisted suicide. The first is a premeditated act by the perpetrator(s), while the second is a premeditated act by the victim(s). They both lead to annihilation and sadly remind me of what is taking place in our contemporary society.

I have watched the erosion of Judeo/Christian values over the last two decades with much sadness at first. Today, I have great concern and even fear for the increasingly decaying state of the West. There is no doubt in my mind that western civilization is slowly committing assisted suicide. End-Times anti-Semitism is in full force across the globe, swinging it’s lethal pendulum from liberal Left to neo-Nazi extreme right. Somewhere on the edges we can spot the agnostics, secularists, atheists and universalists, along with radical Islam smack in the middle. While the pendulum swings destructively and endlessly from one extreme to the next, I believe that the bulk of the damage is performed by the center part.

There are several reasons why radical Islam has been so successful over the last few decades (I offer no apologies if you feel a “they against us” attitude since I have no doubt that it is exactly what’s happening):

It is on this last point of “dhimmitude” that I wish to elaborate further because it exactly where I think the West is participating in assisted suicide.
The word “dhimmitude” was coined by scholar/activist Bat Y’eor in 1983 as she explained: Dhimmitude: the Islamic system of governing populations conquered by jihad wars, encompassing all of the demographic, ethnic, and religious aspects of the political system. The word “dhimmitude” comes from dhimmi, an Arabic word meaning “protected”. Dhimmi was the name applied by the Arab-Muslim conquerors to indigenous non-Muslim populations who surrendered by a treaty (dhimma) to Muslim domination…. ruled by the same type of laws, based on the shari’a.

“Dhimmitude” used to be inflicted on various ethnic subjects under Islamic control, and it continues to be forced upon people by those within Islam who believe that shar’ia is the only valid law of the land. Of course, what they mean by land is more on a global than local scale. Islamic rigidity and even violence is too often whitewashed by political correctness, tolerance and multiculturalism. This process has helped “dhimmitude” become the default reaction of the West in almost every case. While I certainly do not believe that every single Muslim falls into the shar’ia “trap”, the trojan horse of Islam has been advancing slowly but steadily, leading Americans to believe that an all-encompassing ideology is just another religion to be tolerated. Consider the following non-exhaustive list of unchallenged submissions to Islamist rigid ideology. While these examples are all from the United States, it is safe to say that they are a very accurate representation of Western civilization:

Government (Federal and local)
• US Congressman Keith Ellison was sworn into office in 2007 using the Qur’an.
• CAIR (Council on American-Islamic Relations) which is affiliated with the Muslim Brotherhood has had many welcomed visits to the White House.
• DHS (Department of Homeland Security) advises against training their people “against” the Muslim Brotherhood.
• The FBI no longer includes Islamic Terrorism in its list of threat assessment.
• Shar’ia Law is adopted by the city of Dearborn, Michigan (30% Muslim)

Educational Institutions
• Public Schools are being pressured to serve halal food (prepared according to islamic dietary law) to their students and have it financed by tax-payer dollars.
• Muslim curriculum has been forced in some California school districts.

Financial Institutions
• Many US banks are now “shar’ia” compliant, meaning that they do not charge interest to Muslims and they must invest 2% of their profits into Muslim charities; with quite a few of these charities linked to terrorist organizations.

Media
• Liberal Media censors cartoons about Islam but has no problem humiliating Christians and Jews.

The Military
• Jihad is justified as “communal military defense” for Muslim in the military and head scarves are becoming a common part of the military uniform.
• Muslims in the military don’t seem to be held to the same standard as other US personnel.

The Police
• Police forces in Dearborn ignore a Muslim mob descending on a Christian group and sting them.

The Church
• After recently having officially recognized the State of Palestine, Pope Francis no equates the Bible and the Qur’an.
• Evangelical Christians are increasingly buying into the lies of BDS (Boycott, Divestment and Sanctions) against Israel and also changing from Christian Zionism to Christian Palestinianism.

The point is that the United States have been shamefully and cowardly flexing under the pressure of Islamic influence for quite a while now, as many apparently innocent and harmless Muslims continue to infiltrate all levels of society. Many nominal Muslims want absolutely nothing to do with the rigidity of shar’ia law but at the end of the day they will have to choose which side of the fence they will stand on. I am not convinced that their desire for tolerance and multiculturalism will win the other side over. By other side I mean the radicals of course!

There is a tolerance that is worth investigating; that is biblical tolerance of course. Those who have a relationship with God understand His love and can easily be more tolerant toward others. Tolerance doesn’t have to mean compromise or standing for nothing. Biblically speaking, we must defend our beliefs as we are committed to be on God’s side, but at the same time we are to extend God’s love onto others. This is available to all (Muslims, Jews and Christians) through the work of Yeshua the Messiah.

Proverbs 16:24 tells us that  “Gracious words are like a honeycomb, sweetness to the soul and health to the body”.

Additionally, in Romans 12:14-19, we learn much about love and tolerance: ” Bless those who persecute you; bless and do not curse. Rejoice with those who rejoice, and weep with those who weep. Be of the same mind toward one another; do not be haughty in mind, but associate with the lowly. Do not be wise in your own estimation. Never pay back evil for evil to anyone. Respect what is right in the sight of all men. If possible, so far as it depends on you, be at peace with all men. Never take your own revenge, beloved, but leave room for the wrath of God, for it is written, “ Vengeance is Mine, I will repay,” says the Lord.

Political correctness is one of the most viral enemies of America. It blinds people into one-sided tolerance. I really don’t care what you choose to call it because at the end of the day it yields the same result–the death of modernity, the death of freedom, and the death of freedom of religion. In other words, the death of Western civilization by assisted suicide!