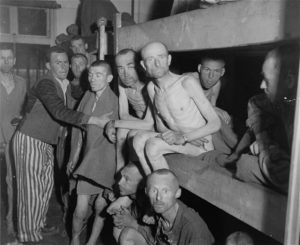 New York Congresswoman Alexandria Ocasio-Cortez (AOC) recently made a statement on Twitter that has garnered a lot of attention from both the Right and the Left. She said” The United States is running concentration camps on our southern borders, and that is exactly what they are…If that doesn’t concern you…I want to talk to the people that are concerned enough with humanity to say that we should not…that NEVER AGAIN means something and that the fact that concentration camps are now an institutionalized practice in the home of the free is extraordinarily disturbing.”

She has received a lot of criticism almost immediately after her tweet and continues to experience the “aftershocks” or her seismic faux pas. People have accused her of undermining the horrors of the Holocaust, comparing the incomparable, being ignorant of the facts of history and of course, being anti-semitic. In my eyes, all these accusations have some validity, yet, I cannot help but wonder why in 2019 we have to explain what a Nazi concentration camp was and why nothing, at least in America, even comes close to them?

Only 80 years after the building and filling of Nazi concentration camps, and the horrors that they entailed, we should not have to explain what they were to anyone. That is of course if the Holocaust had continually and properly been taught in schools and universities. We are always going to run into the occasional nutcase denier of major historical events or conspiracy theorist, but with the proper world history education, they should be easy to spot and debunk. Today, sadly…Not so much! So, to defend the memory of Holocaust victims and their surviving families, we have to explain, compare and defend the meaning of “Concentration Camps.” Sad, but necessary!

One possible reason for ignorance is that people simply don’t care. The 21st century has catapulted people into a world of virtual self-gratification with very little needs for factual and historical truth. Between artificial intelligence, social networks and a postmodern approach to everyday life, people don’t see the need to live within reality anymore. To a degree, we all are invited to make our own reality, and it doesn’t have to fit a grand narrative such as the biblical worldview. It simply has to satisfy our desires, not even our needs. We rename things, we ignore the original meaning of things or worse, we ignore that events ever happened. But as much as people try to erase history, history is here to stay. History can be ignored or re-interpreted, but it cannot be erased.

Some will say that AOC didn’t really compare what takes place on our southern borders to the camps of the Holocaust because she never mentioned the words “German” or “Nazi” in her tweet. Unfortunately for her, she chose to politicize two words that put together, represent the timeless somber motto of the surviving global Jewish community; NEVER AGAIN! Once the word was out the connection was made, and since she has not recanted or apologized, it is hard to believe that she didn’t mean to draw some kind of parallel. Of course, comparing our current administration to a Fascist government added insult to injury. Furthermore, after using “Concentration Camps” and “Never Again!” in a political context, she received an invitation to visit Auschwitz with Edward Mossberg who survived the camps and offered to be her private guide. She declined. What a missed opportunity to rectify her faux pas. There are only two reasons for that, she is either too proud to learn and be corrected or too antisemitic to care. Maybe a bit of both. Interestingly enough, her reason for declining was a bizarre statement about the Far-Right trying to politicize the incident. She said’ “The last time you went on this trip it was reported that you also met w/ fringe Austrian neo-Nazi groups to talk shop, So I’m going to have to decline your invite. But thank you for revealing to all how transparently the far-right manipulates these moments for political gain.”

AOC and those who back her up like Congresswoman Ilhan Omar, fail to understand the many differences between Nazi concentration camps and ICE internment facilities. While I do not expect AOC to read my commentary and honestly compare the two, I hope that some people, not so keen on the differences, would take the time to compare. Here are just a few things that you will not find on our southern borders:

And that is only a few of the elements you would find in Nazi concentration camps. These camps were designed to corral Jews in large numbers and create a war forced labor contingency. The work conditions and lack of food and hygiene were such that they quickly became death camps, and that is even before the full implementation of the “Final Solution to the Jewish Question” with the running of places like Auschwitz-Birkenau. When the death camps were implemented, you could add these to the list:

Yet, one of the most obvious differences between the Nazi Death Camps and ICE’s detention centers is how people got inside them. During the Holocaust years, the Nazi war machine was systematically rounding-up Jews, outside of Germany, all over Europe through the railway system. They [the Nazis] went out of their way to gather Jews, put them on trains and send them to the camps. Let me repeat myself…the people were hunted down to be put in forced labor camps and later in death camps…THEY WERE HUNTED DOWN!

The migrants of today, coming to America, for whatever reason they might have–and many do have valid reasons to come– are coming to our country knowing that they are going to have to come through the ICE system (as understaffed, overworked and beyond capacity as it is). They are coming through knowing that if they want to have a chance to stay in the USA legally, they have to go through the system. And when I say “They”, I mean anybody who wants to come to the USA, not just an ethnic group or religious group, anybody. They want to come to the USA for asylum and for a better life, and THEY ARE NOT HUNTED DOWN!

Could the “accommodations” be better on our borders? YES! But, please, do not compare ICE detention centers to Nazi concentration camps. By doing so, you are insulting the memory of the victims of the Holocaust, you are diminishing a world event that is already running the risk of sliding into oblivion, and you are politicizing a situation without any foundation to do so.

It is fascinating to me how the same group of people can from one side of their mouth state that maybe the Holocaust never happened or was grossly exaggerated, and from the other side of their mouth, use its terminology and history to validate their own agenda. Well, it’s not really fascinating, it’s more disturbing and despicable!