You are here: Home / Archives for Abraham 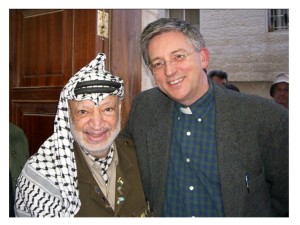 There has been a shift in Christian theology as it pertains to the Church’s relationship with Israel and/or Palestinian Christians. Loyalties once rooted in biblical principles are quickly changing. For followers of Yeshua (Jesus), it should not be much of a struggle to recognize Israel’s right to exist as well as the desperate need of the Jewish people for their Messiah.

Nevertheless, there is a real crisis facing Evangelicals today. A growing number of Bible believers appear to have made it their personal duty to act as theological referees between Jews and Palestinians. One of the key words heard over and over is “reconciliation,” and it often punctuates the various programs and projects aimed at bringing both Jews and Palestinians to Yeshua. It seems to be the ultimate goal of Evangelicals involved in such programs. But is it really? For any reconciliation to work, it must be a two-way street. Reconciliation needs to include forgiveness, mutual acceptance and a desire to press on together towards a common goal. The new trend in question is known as Christian Palestinianism.

Why is it that almost nobody questions the historical and biblical revisionism of people like Stephen Sizer, Naim Ateek, Elias Chacour and the likes? We are seeing 21st century Christians blinded by reports of occupation and ethnic cleansing against Palestinians completely turn their back on Israel. But even more than changing one’s interpretation of the Bible, we also witness rejection of the inspired Word of God.

• A Rejection of God’s Word
Christian Palestinianist Naim Ateek recently wrote in Sabeel’s newsletter Cornerstone: “The lesson is clear for me: whatever does not agree with the hermeneutic of God’s love for all people has no authority for us and must not be read even if it is written in the Bible…Jesus had a hermeneutic of God’s love for all people and Isaiah’s words did not comply with that criterion.” [2]

This desire to ignore and even reject Scripture from the Tenach simply because it appears to be in conflict with later teachings of Yeshua is strangely reminiscent of Islam’s “Law of Abrogation,” when Qur’anic verses can be annulled, when historically superseded by contradicting ones. Such an approach to God’s Word is inherently wrong, yet many Evangelicals take their lead from people like Naim Ateek on what they perceive to be a valid biblical approach to the Middle East crisis.

Biblical illiteracy is running rampant within the Evangelical Church, and it creates a very shaky foundation upon which historical revisionism can be built with very little challenge, if any. Christian Palestinianists excel at biblical revisionism. They will go as far as painting Yeshua as the first Palestinian. This far-fetched revisionist approach to Yeshua’s origins has been heavily promoted by the Palestinian Authority. [3]

In both cases of distortion and rejection of God’s Word, the authority of the Bible is put in question. The God of the Bible, who is the God of Israel, as well as the God of Abraham Isaac and Jacob, is made into a different god. This allows for the insertion of a revised agenda favoring the Palestinian people at the expense of Israel and the Jewish people.

The concept of Eretz Yisrael being the Palestinian homeland and that of the existence of a native Palestinian people were already looming over the horizon a couple of decades ago, but today it is no longer discussed. The land ownership is accepted without questions. The false premise of a biblical Palestine was propaganda long enough to become truth, with no longer needing to be checked for biblical accuracy.

• A One-Sided Reconciliation
Accusations of “apartheid,” “colonization,” “ethnic cleansing,” or “nazification” of Palestine are constantly brought-up without ever speaking of terrorism, rocket attacks and human rights violations ordered by Palestinian leadership of both Fatah and Hamas. Islamic terrorism is simply dismissed and, in some cases, even justified. Christian Palestinianism offers a one-sided reconciliation, and that, of course, is no reconciliation at all.

• God the Covenant Breaker
Christian Palestinianism changes God from a covenant maker and keeper to a covenant breaker. While it might not be clear to many Evangelicals yet, for Christian Palestinianism to exist, Israel has to cease to exist.
What better way to postulate that Israel has become irrelevant than to say that God’s covenants with the Jewish people have been changed? If God had reneged on His covenant or changed the original recipients of His covenantal blessings, it would become obvious that He is done with Israel and the Jews.

If God were a covenant breaker, He would also have to be a liar. 1 Samuel 15:29 tells us otherwise: “Also the Glory of Israel will not lie or change His mind; for He is not a man that He should change His mind.”

• A Demonization of Israel
Once one is convinced that God is finished with Israel and the Jews, it becomes easier to extrapolate the generalization that Israel is the cause of evil against the Palestinians. The accusations against Israel come from Palestinians, Liberals and some Evangelicals. They come so strongly that at times, it becomes difficult to define one source from another. Additionally, the liberal media has absolutely no other agenda than demonizing the victims and victimizing the perpetrators. Facts no longer matter in our postmodern global village. As a matter of fact, radical anti-Zionism is now part of the fabric of society and is in the process of becoming the standard by which one measures his/her degree of tolerance and multiculturalism. French author Pierre-André Taguieff develops it further in his recent book Israel et la Question Juive when he writes: “ Intellectual and political conformism moves alongside radical anti-Zionism, having nothing to do with a critique of Israel’s politics but rather aiming at the final destruction of the Jewish State.” [4]

• A Promotion of Islam
In her book Eurabia: the Euro-Arab Axis, Jewish author and activist, Bat Ye’or, describes Christian Palestinianism as “Palestinian Marcionism:” “The Christian policy that would eliminate the Jewish source of Christianity by suppressing the link between the Hebrew Bible and the Gospels represents an old and lingering trend, always opposed by the Church. Today, Palestinian Marcionism (Palestinianism) paves the way for the Islamization of the Church as it prepares mentalities for an Islamic replacement theology…and encompasses the whole paraphernalia of traditional anti-Semitism.” [5]

Bat Ye’or’s assessment has tragically proven true in the last eight years. Christian Palestinianism is well on its way to de-judaize Yeshua–a job that the gentile branch of Christianity generously contributed to, out of ignorance and sometimes, pure hatred of the Jews over the centuries. Christian Palestinianism will also continue to invalidate much of the Jewish Scriptures as history gets re-written and Jewish references get replaced to accommodate the “Islamization” of the Bible.

Being well aware of the fact that anti-Semitism is the “irrational hatred” of the Jewish people, I see the obvious converging of many unlikely allies against Israel. Islam, Liberals and Evangelicals have many reasons to disagree ideologically and spiritually, yet they find it acceptable to go against Israel in one accord. Campus Intifada, BDS, media bias, historical revisionism, and Holocaust denial are different arrows in Satan’s quiver of hate.

An evangelical might not be as determined to destroy Israel as a radical Muslim is, but they have become co-conspirators and co- perpetrators. As such, they become guilty of the same crime in the eyes of the God of Israel.

God was the first Zionist but He also sent Yeshua for both Jews and Arabs. I am obviously pro-God and thus I am pro-Israel, but being pro- Israel doesn’t mean that one is anti-Palestinian, sadly, and I must say irrationally, the opposite is seldom true!