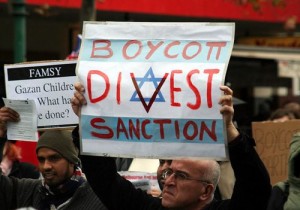 Rev. John Dorhauer has a problem. He just got elected president and general minister of the United Church of Christ (UCC), a liberal Protestant denomination with approximately 900,000 members and 5,000 churches in the United States. His election was part of the UCC’s 30th General Synod, which took place in Cleveland, Ohio – where the denomination is headquartered. Dorhauer, who was the sole nominee for the post, was a disappointing choice for some delegates at the synod who had hoped that […]