On Monday April, 20th 2009, was the worldwide Remembrance Day known as “Yom HaShoah” or “Holocaust Remembrance Day”. It is a time when people around the world (Jewish and non-Jewish) pause and remember the atrocities committed against humanity during the Nazi era of the Second World War. Six million innocent Jewish people disappeared in the smokestacks of Auschwitz-Birkenau and other many extermination camps.

The Jewish People vowed that such a catastrophe would “NEVER AGAIN” take place in human history.
Today, sixty-five years later, as the last camps survivors are well into their eighties and nineties, the world is at risk of forgetting the horrors of yesteryears. Holocaust deniers, Durban II and Islamists are working hard at minimizing the reality of the Holocaust while preparing for the anihilation of modern Israel and World Jewry.
Amongst a myriad of documents, letters and testimonies, is a sobering photo album, preserved from the hideous Auschwitz death machine. This album is the only one and last of its kind to document the systematic attempt at destroying European Jewry, with photographic details.

The Last Auschwitz Album
The danger we are faced with today is real. The New Anti-Semitism continues the age old diatribes against the Jews, hoping to rally people around the world “in the name of World Peace” to stop Israel (to destroy Israel, rather!). Discourses and sermons continue to be given weekly around the world like the following one in the middle east given on April 3, 2009 by a Hamas leader who once attended an interfaith peace conference, on the necessity to destroy all the Jews. Note the mentioning of the book “The Protocols of the Elders of Zion” (See my previous blog entry). 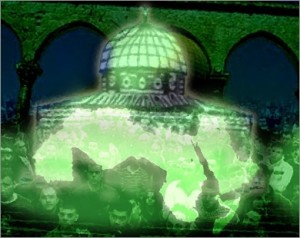 Jews Must Be Exterminated
We must continue to educate ourselves AND others. We must NEVER FORGET, lest history repeats itself! Our voices count because they can still be heard.
The Road to Auschwitz was built by hate
but paved with indifference.
Ian Kershaw, Historian
1,593