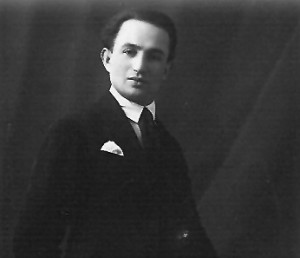 It was in 1953, only eight years after the close of World War Two that Yom HaShoah became an official national memorial day in Israel. Prime Minister David Ben-Gurion established that day as a yearly memorial of the six million Jewish victims of the Holocaust. Since then, every year and all over the world, Jewish people remember the Shoah or “Catastrophe” as they perpetuate the memory of their lost, loved ones. In Israel, on that day, a minute of silent reflection is observed at 10:00 AM as a siren is heard all over the country. It isn’t unusual to even see motorists stop in the middle of the road and get out of their cars to observe that solemn moment.

Historically speaking, the Shoah is a unique genocide for at least one reason. It is the only attempt at annihilating a people group–The Jews–by even going outside of the area where they resided to gather them and bring them back to a certain death. It was an orchestrated, organized attempt at the total destruction of European Jewry. With all other genocides, as brutal as they might have been, there was always a way for potential victims to escape and/or immigrate. This was rarely the case for the Jews during the Holocaust years.

General Dwight Eisenhower caught the importance of documenting and remembering the Holocaust the minute that he walked inside the camps. As he visited one of the sub-camps of Buchenwald with Generals Bradley and Patton, he started to realize the magnitude of what he was witnessing and immediately wrote a letter to the head of the Joint Chiefs of Staff, General George Marshall in which he said: …The things I saw beggar description. While I was touring the camp I encountered three men who had been inmates and by one ruse or another had made their escape. I interviewed them through an interpreter. The visual evidence and the verbal testimony of starvation, cruelty and bestiality were so overpowering as to leave me a bit sick….I made the visit deliberately, in order to be in a position to give first-hand evidence of these things if ever, in the future, there develops a tendency to charge these allegations merely to “propaganda.” And yet, despite the commendable efforts made by Eisenhower and others, the Holocaust currently runs the risk of being relegated into some obscure corner of history, even worse…Some will soon believe that it simply never happened.
How could we possibly go from NEVER AGAIN to NEVER HAPPENED in 70 years? Holocaust denial is gaining a lot of momentum globally. Consider this:

Unfortunately, I could keep adding to this list. The point is that in 2015, 70 years after the events of the Shoah, we run the great risk of forgetting it. The last remaining survivors are in their 80s and 90s, with some even over 100 years old. It will not be long before we will no longer be able to talk to anyone who lived through that era. That is one reason why it is crucial to repeat and repeat the story of the Holocaust. The dwindling number of survivors coupled with the sick desire of some to negate the whole tragedy is a very dangerous combination.

Of course, much of history remains recorded for us in numerous books, journals and pictures. But as it pertains to Israel and the Jewish people, once again the standards are different. I am convinced that with an evergrowing animosity for the Jewish state and the global Jewish community, many would feel no guilt if the Holocaust ceased to be remembered, commemorated or even acknowledged.

Iran is working around the clock to acquire a nuclear bomb, Hamas has the destruction of Israel as part of its charter, many liberals and academics are preaching anti-Semitic messages on university campuses and even extreme right-wingers are now resurfacing.

If you and I do not retell the story of the Holocaust to our peers and our children, history will repeat itself! Yom HaShoah might be one day a year, remembering the Shoah must remain an on-going daily effort.

In memory of my Grandfather Maurice Weinzveig, born 4 December 1898, Olikka, Russia
Who perished in Auschwitz. One in six million.