You are here: Home / Antisemitism / Why Did Palestine Really Joins Interpol?
Spread the love 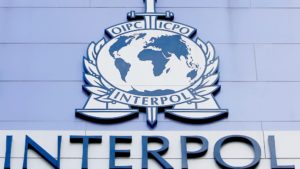 On Thursday, September 28, Palestine was accepted as the newest member of INTERPOL. INTERPOL is the “INTERrnational POLice” Agency that was started in 1923 with the goal of coordinating various world police forces and sharing intel across borders. In the second article of its constitution, INTERPOL states the reason for its existence:” To ensure and promote the widest possible mutual assistance between all criminal police authorities within the limits of the laws existing in the different countries and in the spirit of the ‘Universal Declaration of Human Rights’; To establish and develop all institutions likely to contribute effectively to the prevention and suppression of ordinary law crimes.

The creation of the INTERPOL Agency was needed and has resulted in the cooperation of worldwide police forces to fight international crime over the years, and that’s a good thing. But the recent addition of Palestine to the INTERPOL roster might be creating problems more than solving them. By admitting the State of Palestine, INTERPOL admits that Palestine exists as a state. That is its first mistake, and it creates a false premise for the rest of the process. The geographical area known to the world as Israel that was renamed Palestine never ceased to be Israel. Until the 1960’s the word “Palestine” was simply used to describe Israel, nothing more, nothing less. After the arrival on the Middle East scene of Yasir Arafat, Palestine took on a new meaning and became politically charged. A newly displaced people were created. A struggle was justified and terrorism popularized.

It took over fifty years of patient international nagging punctuated by regular acts of terrorism for Palestine to exist. Exist in the mind of those who cretaed it that is! But today, Palestine also exist in the politically correct, brainwashed minds of many people who would rather root for the fictional underdog instead of checking if that underdog has legitimate reasons to complain. So the question is no longer “Does Palestine exist?” but “How come Palestine isn’t recognized by more international agencies?”

Over the last few years, the Palestinian authority managed to get recognized by about fifty world organizations, including the United Nations, UNESCO and the ICC (International Criminal Court) only to name a few. The moment that the Nobel Peace Prize was given jointly to Yitzhak Rabin and Yasir Arafat, was a defining moment for all those who understand the concept of peace. It made the Nobel Organization look like a bunch of fools and tarnished their reputation for good. Then, the inclusion of Palestine as a “Non-Member Observer State” at the United Nations in 2012 solidified the obvious bias that the UN has had against Israel for several decades.

So it was only a matter of time before INTERPOL joined the others. Of the 192 countries belonging to Interpol, more than two-thirds voted in favor of the inclusion of Palestine. These were not only Arab countries. But to those who are interested in the facts, the integrity of the Palestinian Authority leaves a lot to be desired. Millions of donated funds have been used for the building of tunnels to infiltrate Israel illegally whenever possible and perform more acts of terrorism. Schools and hospitals in Gaza have been repeatedly used to hide and use weapons against Israel, not only ignoring the safety of Palestinian civilians but also using them as human shields.

By admitting Palestine as one of their new members, INTERPOL exposes itself to a corrupt body more interested in the complete destruction of Israel than in any international police cooperation. Sure, the Palestinian Authority might show good faith by sharing some intel that would lead to the arrest of a few Palestinians or other criminals, but that is most likely not their overall intention.  In the meantime, it also gives them access to other intel that could be used to hurt Israel. How many of us really believe that the Palestinian Authority will ” ensure and promote the widest possible mutual assistance between all criminal police authorities” as stated in INTERPOLS’s constitution. Instead, it will use its recent international vindication to further demonize Israel and the Jewish people.

It is ironic that INTERPOL’s inclusion of Palestine would ignore their repeated violations of human rights and in the same breath declare in their constitution that their cooperative work is always done “in the spirit of the ‘Universal Declaration of Human Rights’.” Seriously? By accepting Palestine as their newest member, INTERPOL will tarnish their reputation and further facilitate the Palestinian agenda of Israel’s annihilation. Now “Palestine” has the backing of an international body of police forces to fulfill that agenda, and don’t think for a minute that they won’t use it to their advantage!