Home » Blog » When fighting antisemitism, it is never too little or too late!
Spread the love 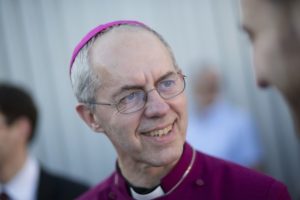 While they have the same source, roots and much of the same history, Christianity and Judaism have been at odds for as long as man can remember. To say that the two religions are at odds really is an understatement. The early Christian Church comprised mostly Jewish men and women who had found in Yeshua (Jesus) the long awaited Messiah of Israel. For over three centuries until the Council of Nicaea in 325 CE, the Jewish roots of the Christian faith were very much a part of early Christianity. To run the risk of oversimplification, it is around that time that life became difficult for Jewish people. Over a long period of time, being Jewish progressively went from challenging to complicated to dangerous to lethal.

Many of the Church Fathers such as Justin Martyr, Chrysostom, Augustine and others set the stage for Christianity to alienate Judaism by reinterpreting the Bible. Slowly, laws were passed and enforced. Jewish life became hard and often near impossible, but against all odds and because of God’s grace, the Jewish people are still here today. In spite of the Middle Ages Blood Libel, the Crusades, the Inquisition, the Pogroms and the Holocaust, we are still standing.

Christianity–in any of its denominations– has had a difficult relationship with the Jewish people, so much so that the default mechanism for most Jewish people today is to believe that all Christians are antisemitic. That is why, whenever a Christian figure makes a repentant statement in favor of the Jewish people, it should be noted.

It just so happened that the105th Archbishop of Canterbury, Justin Welby made such a statement. He recently stated “The fact that antisemitism has infected the body of the Church is something of which we as Christians must be deeply repentant.” This would appear to be a simple statement, but it isn’t. Welby contributed to a series of essays on what we can learn from the Holocaust. He wrote a powerful piece titled “Vigilance and resolution: Living antidotes to an ancient virus.” in which he says “It is a shameful truth that, through its theological teachings, the church, which should have offered an antidote, compounded the spread of this virus.” Welby appears to be trying to bridge the gap between Christians and Jews. This gap really is more like a great divide, a chasm , a canyon of hatred. Welby also wrote “All humans are made in the image of God. Antisemitism undermines and distorts this truth: it is the negation of God’s plan for his creation and is therefore a denial of God himself. There is no justification for the debasing and scapegoating of other people. Antisemitism is the antithesis of all that our scriptures call us to be and do, to work together for the common good and to seek the flourishing of all.

It wasn’t until 1965 that the Catholic Church officially announced that the Jewish people were exonerated of deicide (killing God.) This doesn’t prevent many people today from calling Jewish people “Christ Killers.” The Church of England–as a part of Christendom– also has an antisemitic reputation. Welby’s contribution to the new booklet for the Holocaust Educational Trust comes at the right time simply because when it comes to educate about and fight against the Holocaust and antisemitism, it is never too little and never too late. Let’s hope that his words of wisdom in favor of the Jewish people would truly lead many Christians around the world to repentance over their views of and actions against them and Israel.

The simplest antidote to antisemitism can be found on the pages of the entire Bible. Many of its readers have re-interpreted it to exclude and even damn the Jews and Israel. Many more chose to not even read it and buy into fabricated stories with no foundation on factual and/or biblical truth. Justin Welby’s statement was bold, necessary and hopefully will lead to more of the sort by other Christian figures around the world. The baggage that the Christian Church has carried for over 2,000 years is impossible to ignore. Like Justin Welby recently did, it must be acknowledged. Maybe I am hopelessly optimistic, but this could help in preventing further damage in Judeo/Christian relations. We certainly could use a little respite, and this is a good way to start the New Year… Shanah Tovah to everyone!