Home » Blog » We Are Handling Three Viruses, Not Just One!
Spread the love 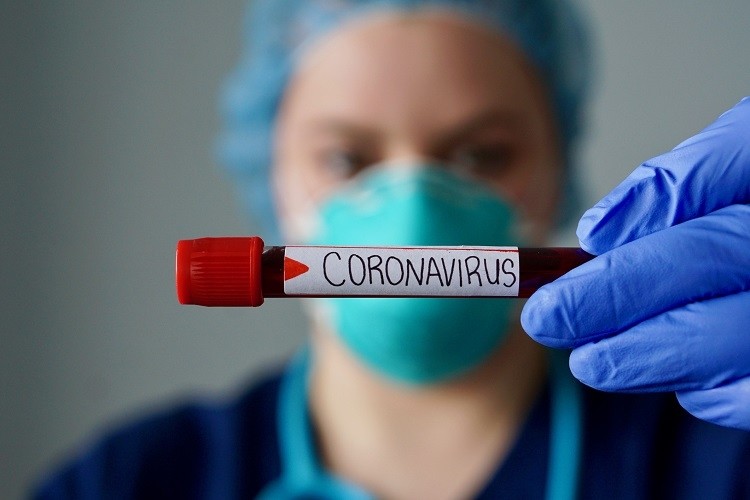 The whole planet is in total panic mode over the Coronavirus pandemic. Countries and states are struggling to mitigate and are working around the clock to develop a vaccine. We will eventually flatten the curve and manufacture a vaccine, bringing us back to normal, whatever the new normal is going to be, not to mention what it will do to our global economy. In the meantime, we are practicing social distancing, wearing masks and gloves when getting groceries and disinfecting just about anything coming into contact with our persons or homes. This is not the first virus plaguing humanity and it won’t be the last.

This being said, there are still quite a few inconsistencies with this pandemic, one of them being the sudden drop to almost no cases and no death in China (home to 1.4 billion people) for the last three weeks. There are also some very troubling reports about hot zones and hospitals being empty and deserted as opposed to being at full capacity. It is hard to know who to believe anymore, but the virus is real, lethal and very contagious…that we can all agree on. That’s the first virus!

Viruses infect people. They alter the normalcy of daily life and force people into making drastic changes to protect themselves until they find a cure if they find one. It can be argued that antisemitism is the longest-running virus in the history of mankind. It was started by Satan who chose to fight God by fighting and seeking to destroy the ones He [God] loved. The great enemy of God still wants to destroy the chosen people of God (Zechariah 2:8) but God promised otherwise (Jeremiah 31:35-37.) Nevertheless, he continues to infect the hearts and minds of men in ways that drive them virulently against Israel and the Jewish people.

The latest example being Rick Wiles, who recently claimed that the Coronavirus was killing Jews because they rejected Jesus. This man who claims to be a Christian pastor does not represent biblical Christianity and will have to account to the God of Israel for hating His people. This is wrong on so many levels! First, when Yeshua (Jesus) came, He was rejected by both Jews and Gentiles who happened to equally be falling short of God’s glory. He actually gave his own life for Jews and Gentiles (John 10:18.) Additionally, saying that the Jews are being punished is ignoring all the other people around the world, representing many other religions including Christians, who are also getting infected and dying from COVID-19.

The sad part about the virus of antisemitism is that we as a civilization have had a cure for it since its inception. Those who continue to spread that virus are willfully ignoring the existence of the cure because they want the virus to infect as many Jews as it can, and recently it has started to peak again. We are far from flattening the curve of antisemitism, and yet we could do it, through teaching biblical truth about Israel and the Jewish people and by promoting love and compassion instead of hatred.

Those who don’t see the Jews as being punished by COVID-19, might see them as being behind it. They see a conspiracy theory. This is nothing new. We were and continue to be accused of world takeover in a pamphlet published in the early 1900s and quickly uncovered as a hoax, known as The Protocols of the Learned Elders of Zion. Additionally, we were also accused of being behind the black plague of the Middle Ages, simply because far less Jewish people died than the rest of the world. That’s the second virus, more pervasive than the first!

But even before the virus of antisemitism was born, mankind was under the curse of a spiritual virus for which there is also a cure. This virus goes back to the Fall of man in Genesis 3. As we pressed forward, we, as a race continued to be born in sin and live in sin. To be sure, sin is not just breaking one of the Ten Commandments, but it is falling short of obeying God’s commands who by the way, gave 613 commandments to the Jewish people, not just ten. As a result, we are all infected by this spiritual virus and it always leads to death, as in “separation from God for all eternity in a state of perpetual torment.”

Yet, for this one, there is also a cure and it is received freely as a gift from God who gave His only son to take away the sins of the world (John 3:16). That is the third virus and it is the most lethal because it is not transmitted by body fluids, by contact or even airborne. It is carried in our DNA, and only God can alter our DNA through the atoning blood of His ultimate Passover lamb (Isaiah 52:13-53-12.)

Humanity through science, creativity, and resilience will conquer and survive the first virus, we can also conquer the second one through education and activism. As to the third, the most lethal one, it is actually the easiest one to cure, because all we need to do is believe that Yeshua is the Messiah of Israel and the Savior of the world who gave His own life as the ultimate cure for this spiritual virus.

We will survive COVID-19, we can survive antisemitism, but will you survive the spiritual virus of the Fall of man? I pray that you do!