Home » Blog » To the antisemite, we are all Jews!
Spread the love 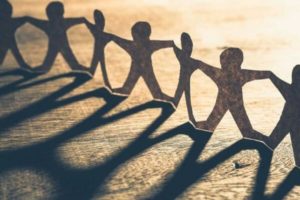 In the aftermath of the Pittsburgh Synagogue massacre, a lot of Jewish people are starting to ask themselves the same questions that European Jews have been grappling with for a couple of decades.
• Are Jewish people no longer safe in America?
• Do we all need to move to Israel?
• What can be done to fight the evil of antisemitism?

The Tree of Life Synagogue massacre might have appeared like the act of an isolated deranged person, but it was a symptom as much as it was a problem. The problem of evil in our postmodern world cannot be ignored. When we relegate the actions of an evil person to insanity, we exonerate personal responsibility. Evil is willful while insanity is often uncontrollable. Hitler was evil not insane!

There is a real danger today for Jewish people everywhere except in Israel because except for the Jewish State, all foreign governments approach antisemitism differently and they are not necessarily very efficient. Definitions of what constitutes antisemitism vary from country to country and sometimes even from various organizations within the same country. That is one reason why it is difficult to fight since acts against Jewish people are often under-reported, misreported or worse…not reported, especially if it involves a Muslim. The politically correct fear of insulting a particular group is so prevalent in the United States that an antisemitic crime might simply be categorized as a violent crime in fears of reprisals.

It is time for all Jews to unite against antisemitism, but unfortunately, we are far from being united, and it helps the enemy greatly. Jewish people define themselves in a variety of ways including religiosity, ethnic origins, and Zionism to name just a few. It can get confusing when one doesn’t differentiate between Jewishness (ethnic connection) and Judaism (religious affiliation). But really, one can be ethnically Jewish without practicing Judaism and one can practice Judaism without being born Jewish.

Then you have messianic Jews. Those of us who claim that you can be Jewish and believe that Yeshua (Jesus) is the Messiah. Truly if one can be Jewish (ethnically) independently from believing in anything, one can remain Jewish (ethnically) when they believe in anything, including that Yeshua of Nazareth is the Jewish Messiah (Isaiah 52:13-53:12). Unfortunately, the vast majority of the Jewish community who doesn’t recognize Yeshua as Messiah, also rejects the idea that once we follow His teaching we remain Jews. This 2000-year old debate is far from over, and it must be noted that Christian antisemitism hasn’t helped the matter.

Considering all the ways we can define who is a Jew, there is one fact that the antisemites are right about…We are all Jews, and as such we are a nuisance, and in some cases, as we witnessed during the Tree of Life bloody massacre “All Jews deserve to die”. My point is that to an antisemite if a Jew is Ultra-Orthodox, agnostic, Reconstructionist or even Messianic, he remains a Jew. The antisemite is an equal opportunity xenophobe. He does not discriminate. To that person…We are all Jews indeed!

Fighting the monster of the New Antisemitism is akin to fighting the mythological Hydra of Lerna. Whenever you cut one of its many heads, two more grew in its place. Mythology tells us that Heracles had to enroll the help of his cousin Lolaus to cut all the heads at once and cauterize the neck with fire so that they wouldn’t grow back. I don’t ever want to be seen as promoting mythology over biblical truth, but by analogy, this story teaches us that antisemitism is a regenerating monster that will grow exponentially until all Jews will put their differences aside. Now is the time to join forces and cut off all of antisemitism’s ugly heads such as Boycott, Divestment and Sanctions (BDS), Christian Palestinianism, Replacement Theology, Campus Intifada, and anti-Zionism.

Jesus will still be here tomorrow and we can debate His claims of being the Messiah of Israel and Savior of the world later. Yet, if we don’t fight antisemitism together NOW, there might not be enough Jews to hold hands tomorrow. Incidentally, there are still quite a few evangelical Christians who love Israel and the Jewish people, and their hands are also worth holding in solidarity against the monster of antisemitism.