You are here: Home / Antisemitism / The United Nations Against My People!
Spread the love 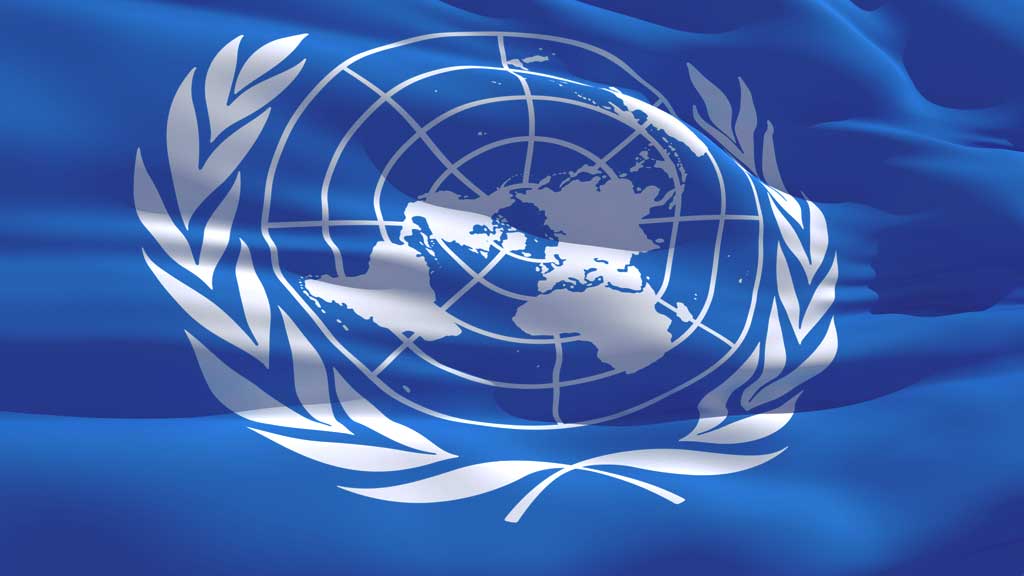 In 1920, only a couple of years after World War One, the League of Nations, headquartered in Geneva, Switzerland, was founded following the Paris Peace Conference. It operated for 26 years to keep the peace between nations and promote unity.  As is delineated in its covenant:  “The High Contracting parties, to promote international co-operation and to achieve international peace and security by the acceptance of obligations not to resort to war, by the prescription of open, just and honorable relations between nations, by the firm establishment of the understandings of international law as the actual rule of conduct among Governments, and by the maintenance of justice and a scrupulous respect for all treaty obligations in the dealings of organized peoples with one another, agree to this Covenant of the League of Nations.”

At its peak, the League of Nations had 58 members/countries. At the onset of World War Two, it was clear that the League had failed its purpose and remained inactive throughout the war and was completely dissolved in 1946, soon to be replaced by the United Nations headquartered in New York. Within a year of its inception, the United Nations voted for the partitioning of British Mandate Palestine on November 29, 1947. Within eleven minutes of Israel declaring its independence on May 14, 1948, President Truman was the first world leader to congratulate David Ben Gurion, the first Prime Minister of the newly formed country. Even though not all countries voted in favor of the partitioning of British Mandate Palestine, those were the good years of the United Nations. How quickly did things change!

One factor that we shouldn’t ignore is that several of the current countries represented at the United Nations (193 today from 51 at its foundation) are antagonistic towards the Jewish State and the Jewish people – and those nations have become very influential in the drafting and passing of UN resolutions over the years. Looking at 2021 only, we inevitably notice an incredible bias against Israel with an unjustifiable imbalance in the number of resolutions passed against the Jewish State. Seriously, if aliens would land on earth and look at the records of the United Nations resolutions for the past several decades, those aliens, concluding Israel to be the worst country on the planet, would solely be basing that assumption on those resolutions passed to serve an agenda – the demonization of the State of Israel!

According to UNWatch, 14 resolutions were passed against Israel (population 9.5 MM) in 2021, while five were passed against the rest of the world (population 7.9B), which shows the bias against Israel!  Israel represents only .012% of the world population. There was three times more resolution against a country the size of New Jersey than against the rest of the entire world.  This happened during the 76th session of the UN General Assembly for 2021-2022.

The five countries against whom resolutions were passed for human rights violations were–and rightfully so–Iran, Syria, North Korea, Myanmar, and Crimea. What about China, Russia, Sudan and so many more countries that abuse human rights, kill their own and rule with an iron fist? What about the Palestinian Hamas leadership, for that matter? They use their own civilians as human shields, and nobody says anything. It would be one thing if the resolutions against Israel were justified. We could argue that Israel’s foul play has led the UN to pass justified resolutions against the Jewish state, but that would be if Israel were guilty of foul play. Let’s consider some of these resolutions:

November 2021: Senegal and Yemen drafted a resolution titled “Peaceful Settlement of the Question of Palestine”.  In it, paragraph after paragraph, under the umbrella of the General Assembly, Israel was demonized. It was requested that Israel’s borders be brought back to pre-1967, which has become known as the “Auschwitz borders”, leaving Israel indefensible with only a nine-mile width at its narrowest point. It also asked for “The realization of the inalienable rights of the Palestinian people, primarily the right to self-determination and the right to their independent State“. This demand for the self-determination of the Palestinian people in their independent state would be honorable if the Palestinians were a real people group, but they are not. There is no question that Palestinians are real people and that from 1948 on they have been dealt with unfairly, but not by Israel. The people called “Palestinians” today descend from Jordanians, Syrians, Lebanese and other neighboring countries that exist around Israel. Most of these people were not allowed back into their countries of origin after Israel became a state. They were forced – by their respective governments – to stay in Israel and become “refugees” so that the “Palestinian narrative” could have a leg to stand on. Seventy years later, not only the narrative has a leg to stand on, but it has kicked the truth out of the equation altogether. Israel has become the “unlawful occupier” of a country created out of thin air. Incidentally, there is only one short line on page two of the resolution as follows,“Condemning the firing of rockets against Israeli civilian area“.  The rest of the five pages are all anti-Israel rhetoric.

December 2, 2021: UN erases all Jewish connections to the Jewish most holy site at the location of the Temple Mount/Western Wall.  The UN declared:  “the Council called, for the exercise of restraint, refraining from provocative actions and rhetoric and upholding unchanged the historic status quo at the Haram al-Sharif – in word and in practice, as well as for full respect for international law, including international human rights law and international humanitarian law, as may be applicable in Jerusalem“. The Haram al-Sharif is the Muslim name for the Temple Mount, but it is historically, biblically and archeologically well documented that it has been the site of the first Temple and subsequent ones since King Solomon who reigned from 970-931 BCE in the United Kingdom of Israel and Judah.

These are just two of the fourteen resolutions against Israel for 2021. If we were to go back a few years, we would see that the UN bias is very consistent. In 2017, the UN passed 20 resolutions against Israel and only 3 against the rest of the world. In 2018 21/6, in 2019, 18/7 and in 2020, 17/7. They all ignore entirely the terrorist actions of Hamas, Islamic Jihad and Fatah. So, this is wrong on at least two levels. First, the accusations made against Israel are based on lies and a fabricated antisemitic narrative. Second, much of the real issues are ignored or whitewashed. There has never been so much antagonism against one country in the entire history of mankind. One has to wonder what the driving force behind all this is. From a human perspective,  it is impossible to comprehend such hatred against Israel and the Jewish people. It is not until we look at this through a biblical lens that we understand that this is not a political battle, a geographical disagreement or even economic strife. No, it is 100% a spiritual battle between Satan and Israel.

God’s program recognizes the existence and activities of Satan as well as the existence and covenantal relationship that Israel has with her God. Satan is jealous and power-hungry and he hates what God loves. The United Nations has long departed from their original noble cause of world peace. Many within the organization are being manipulated by Satan to believe that the victim has become the perpetrator, and in turn, they present these lies as facts to the masses. The United Nations’ charter implies they are to unite all people in peace.  Certainly, they are united – but mostly against my Jewish people!