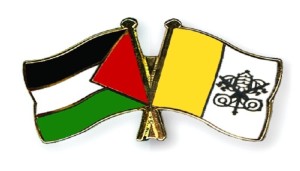 We are approaching the time of the year when the United Nations meet in New York at the end of September. This year, the General Assembly will meet from Sept 28-Oct 6. As in previous years, the Palestinian Authority will do anything in their power to push for recognition by the United Nations. Considering the plethora of resolutions against Israel–being accused of crimes against humanity towards the Palestinians–the vote should be a no brainer, right?

While it hasn’t happened yet, international recognition of Palestine is closer than ever before. Palestinian opportunism has a lot to do with that. But why are we closer in 2015 than we were in 2014? For this we have to review how much has happened since the last United Nations General Assembly of September 2014. Palestine currently holds a seat at the UN with a “non-member permanent observer” status.

Sweden was the first Western European country to officially recognize the State of Palestine in October of 2014. They joined the only two other EU countries that already had made that move; Malta and Cyprus. It is interesting to note that Sweden’s move took place only a few months after the end of the 2014 Gaza War, at a time that common sense should have dictated the opposite. Sweden has long been know for its near all inclusive tolerance of immigrants. This has of course not alleviated the current danger of extreme Islamism in the country.

On April 1, 2015 (no joke here), the Palestinian Authority became an official member of the International Criminal Court (ICC) in La Hague, Netherlands. They [The Palestinian Authority] expect the ICC to investigate Israeli war crimes during the 2014 Gaza War. If the ICC does its job ethically, this is a move that could eventually backfire for the PA.

Of course, the Vatican also made the news as they joined Sweden when a treaty was signed between the Palestinian Authority and the Vatican in June of 2015 leading the Holy See to officially recognized Palestine. The treaty took fifteen years and three popes to be ratified, but it is now official. So much so that the current pope used the expression “angel of peace” in a conversation about Mahmoud Abbas.

Additionally, France has been working very hard for a while, preparing a draft for a UN resolution to be passed this coming September. The same France whose Prime Minister Manuel Valls said after the January 2015 terrorist attack that “France without Jews is not France”, seems very interested in throwing Israel under the bus. If one was to look at the level of anti-Semitism in France alone, the push for the recognition of Palestine would come as no surprise.

So now, the PA is again on the threshold of pushing for a United Nation recognition. Yet, in their neverending opportunism, they have come-up with one more ploy to force the UN into compliance. This one involves the raising and flying of two flags. This seems so insignificant, yet I think it is devious at best.

Around the time of the United Nation Assembly, Pope Francis is scheduled to make his first visit to America. There are only two “entities” that have the status of a “non-member permanent observer” at the UN; the Vatican and the Palestinian Authority. The latter has chosen to make a clear statement by requesting that both flags be raised and flown at the time of the pope’s visit. I doubt that the pairing of the flags have anything to do with respect for the pope or Catholicism. Instead, the Palestinian Authority decided to “piggy back” on the pope’s visit to make it very difficult to say no to one and yes to the other or even worse, no to both and offend the pontiff. It would appear that yes to both is the only outcome possible. Time will tell.

This might not appear to be a major political move, yet it is just one more small step towards a (not so) forced recognition of the Palestinian State by the world. Frankly the more dangerous aspect of this year’s attempt at recognition is the French push. It includes a proposal for a divided Jerusalem capital and Israel boundaries going back to pre-1967. If Mr. Obama chooses to back France on their proposed resolution, most if not all of the rest of the non-supporting countries would change sides. This would give instant validation to a group of people run mostly by terrorists and funded by anti-Semitic, anti-American states like Iran. Not to mention the fact that it would squish Israel further into the current Middle East vise– its aim being the complete eradication of the Jewish State.

We are only a few weeks away and there is still time to pray for a reversal of the Iran deal as well as again, a veto on the Palestinian State recognition by the UN. In the meantime, I cannot help but remember God’s promise that He would punish all those who go after Israel. America might not be in the Bible by name but it is clearly in the Bible by deeds. Punishment awaits those who turn their back on Israel (Genesis 12:3, Joel 3:2, Zechariah 12:9).

I will gather all the nations And bring them down to the valley of Jehoshaphat. Then I will enter into judgment with them there On behalf of My people and My inheritance, Israel, Whom they have scattered among the nations; And they have divided up My land (Joel 3:2)