You are here: Home / Antisemitism / The Ninth of Av: Can anything good come out of a tragedy?
Spread the love 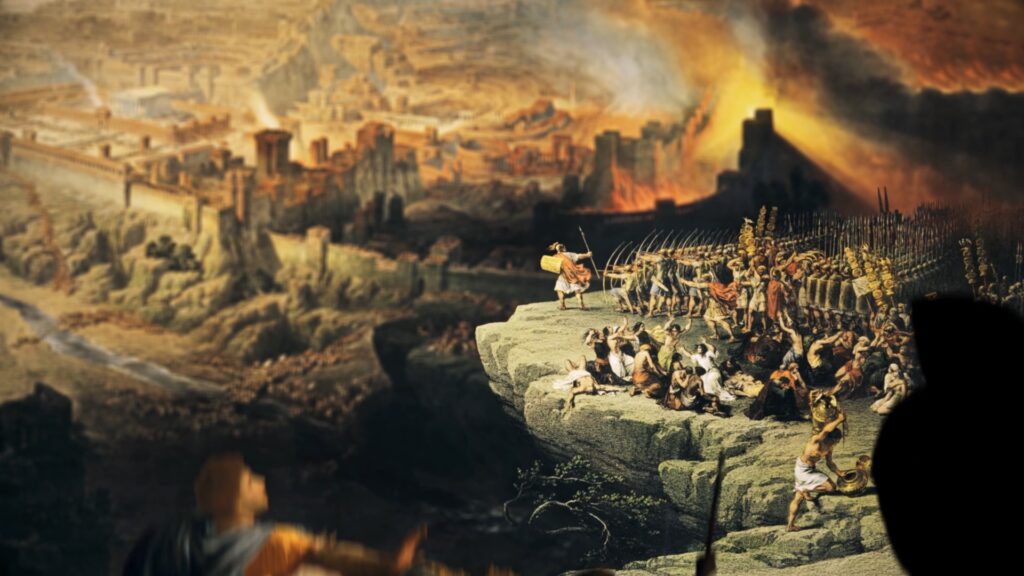 The Ninth of Av or Tish b’Av is the ninth day of the month of Av on the Jewish calendar (August 6, 2002). It is not part of the significant Levitical feasts listed in Leviticus 23, but it is an important date for Jewish people worldwide. It is important because it happens to be the date when several tragedies took place in the long history of the Jewish people.  Jewish people fast, pray and mourn on this day. The book of Lamentations is usually read in the synagogue as the Jewish people remember the destruction of the first Temple from Solomon’s era in 586 BC by neo-Babylonian king Nebuchadnezzar and the destruction of the Second Temple in A.D. 70 by the Roman empire.

Tish b’Av has become a day of remembrance for many other Jewish calamities such as various European expulsions, the Crusades and the Holocaust, as they all are connected to a day in the month of Av. So, there doesn’t seem to be anything good related to the month of Av. This leads to the question:  “Can anything good come out of a tragedy?”

In the book of Genesis, the story of Joseph is one of lies, deceit and abuse. Joseph’s brothers are jealous of his relationship with their father and decide to get rid of him by selling him to a passing caravan on its way to Egypt. Then, they tell their father that he was killed by a beast as they bring back his coat covered with blood. In the meantime, Joseph arrives in Egypt, is sold into slavery, and eventually lands in prison, but not for long. God had other plans for Joseph that would affect his whole family and eventually the Jewish people as a whole. Joseph ends up becoming Pharaoh’s second in command. This puts him in an unusual position of power that will play a very important part towards the end of the book of Genesis.

As a great famine comes into the land, the Jewish people are forced to go to Egypt and ask for help. Joseph recognizes his brothers and after playing a couple of tricks on them, he reveals his identity in one of the most poignant family reunions in the whole Bible. As the story ends in chapter 50, Joseph leaves us with this very powerful statement in Genesis 50:20, “As for you, you meant evil against me, but God meant it for good in order to bring about this present result, to preserve many people alive.” The rest is history…Literally!

If it were not for God’s intervention in the life of Joseph, the 70 people who came to Egypt would have never come and Israel, as we know her, might have never existed. Joseph’s family remained in Egypt. Eventually, the Pharaoh who knew Joseph passed away and another one took his place; but that one was not so friendly and the Jewish people ended up in slavery for 400 years until Moses came to the rescue. Even in slavery, the Jewish people were preserved and a number much greater than 70 left Egypt for the Promised Land. Sometimes when God closes a door, it is to keep us inside His protection. So, the Joseph story…God really meant it for good!

But the story doesn’t end there. It gets much better, and that is because of another much greater calamity. That calamity is connected to the Temple in Jerusalem, a few decades before its second destruction. It occurred a little over 2000 years ago when the Jewish people anticipated the coming of the Jewish Messiah to establish His messianic kingdom on earth. The Jewish people are still waiting for the Messiah because there is this expectation that He will conquer and reign out of Jerusalem. They are also expecting the Temple to be rebuilt, and that will actually happen, but it will be desecrated one more time before the Temple of Ezekiel 40-48 can finally be erected. I, along with other Jewish people and many Gentiles are not waiting for the Messiah to come but to return. Messiah Ben Joseph came the first time to suffer, be humiliated and die for the Jewish people and the rest of the world. Messiah Ben David will return to conquer, subdue and reign forever. Judaism has often been referring to two messiahs. What if it was only one Messiah coming twice? Did the Jewish Messiah die, rise again and ascend to Heaven to return at a later date? If this is true, His name is Yeshua of Nazareth and He died for Jews and Gentiles alike fulfilling the Feast of Passover as the Lamb of God who takes away the sins of the world.

How does that relate to Tish b’Av though? Where is the calamity? Well, I believe that the greatest tragedy in the history of mankind is the death of Yeshua of Nazareth. That would be the greatest tragedy if the story ended at His death.  But His death was only the beginning, and His resurrection is the only hope for all mankind. When Yeshua died, the curtain keeping the Holy of Holies separated was torn from top to bottom. Yeshua gave us access to God through His atoning sacrifice. The greatest tragedy of mankind became the best news for us all. God knew all along how good this was because He loves us so much and doesn’t wish for anyone to perish.

Tish b’Av reminds us of many Jewish calamities. It is important to commemorate the destruction of both temples and other tragedies. Yet, something really good came out of the greatest tragedy 2000 years ago. Yeshua might not have given His life on The 9th of Av, but out of his sacrificial death and resurrection came hope for all mankind. So, if you still wonder if something good can come out of a tragedy, wonder no more, and believe in Him!