Last week, we covered the first two centuries after the closing of the biblical record. As we will see in part two, the trend continued to pick up more momentum and become very lethal as we progress through history, culminating in the Holocaust. I am not saying that the Holocaust was caused by the Christian Church, but 2000 years of misconceptions, misinterpretation and bigotry have certainly helped pave the way to the greatest Jewish catastrophe. The Church Fathers have helped to make the faith stronger and have helped to protect Christianity from many heresies, and this is invaluable. We owe a great debt of gratitude to these pioneers of the faith who wrote so many volumes to erect theological and doctrinal protective fences around a young Christianity. This being said, let us look at the legacy of three more Church Fathers that to this day, remain key pillars of the defense of the faith, Origen, Chrysostom and Augustine. 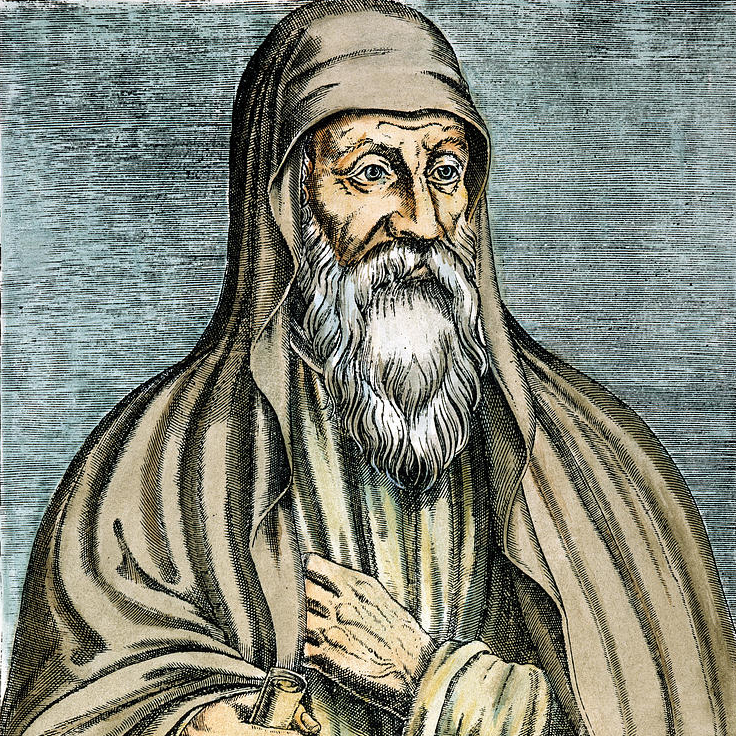 Origen was a Church Father who contributed to the early formation of Christian doctrines. He further developed the allegorical method of interpretation, always looking for a deeper, mysterious meaning in Scriptures that was not literal. As with other of the early Church Fathers, Origen also made major contributions, despite erring when it came to preaching hatred towards the Jewish people. He also wrote On First Principles, the first systematic theology, and contributed to the establishment of the biblical canon; which was a gradual process that reached into the fifth century.

Additionally, In his work Contra Celsus, “Against Celsus,” he paints the Jewish people as “Christ-killers” in an effort to present a rebuttal to the pagan philosopher Celsus, who had befriended Jewish rabbis: “We may thus assert in utter confidence that the Jews will not return to their earlier situation, for they have committed the most abominable of crimes, in forming this conspiracy against the Savior of the human race…hence the city where Jesus suffered was necessarily destroyed, the Jewish nation was driven from its country, and another people was called by God to the blessed election.”

Again, Origen had to ignore the Jewish nature of Yeshua, His followers, His Great Commission and His forgiveness to the Jewish leaders and others who were involved in His death. He had to ignore all the promises God made to Abraham, Isaac and Jacob (Genesis 12:1-3; 15; 17), as well as one-third of unfulfilled Scriptures regarding God’s promises to restore and save Israel as a nation and a people in the End Times (Ezekiel 36-37). He had to ignore all the New Testament teachings of Yeshua on loving others. He had to ignore Yeshua’s teaching on reaching out to “the least of these my brethren” when hard times would come and they would be thirsting, naked and in prison.

It is ironic that such an intelligent and educated man, who helped develop the field of theology, could overlook so much when the Word of God was available to him. However, it is relatively easy to make that mistake if the Jewish roots of God’s Words are forgotten and replaced with a culture devoid of Hebraic concepts. Without its roots, the tree is bound to shriveling down to nothing!

Utilizing the allegorical approach opened up a can of worms that allowed for subjective interpretations to creep into theology. The result is a disconnect from God’s Word and His salvation story from Genesis to Revelation regarding Jews and Gentiles. In this disconnect, the great blessings of love and kindness available to all the families of the earth are forgotten. In Genesis 12:3, God specifically promised blessings to all who bless the descendants of Abraham (as well as curses on all who curse the Jewish people), and that is not all. God promised to bless all the families of the earth because of Abraham’s faith, and we know that promise to be God’s unparalleled offer of salvation. Once again, the same allegorical approach towards the Scriptures in the hands of rabbis has blinded the eyes of many Jewish people to God’s literal plan for salvation for all. God instituted a literal sacrificial system which He ultimately fulfilled with Yeshua the Messiah as the Sacrificial Lamb of God. 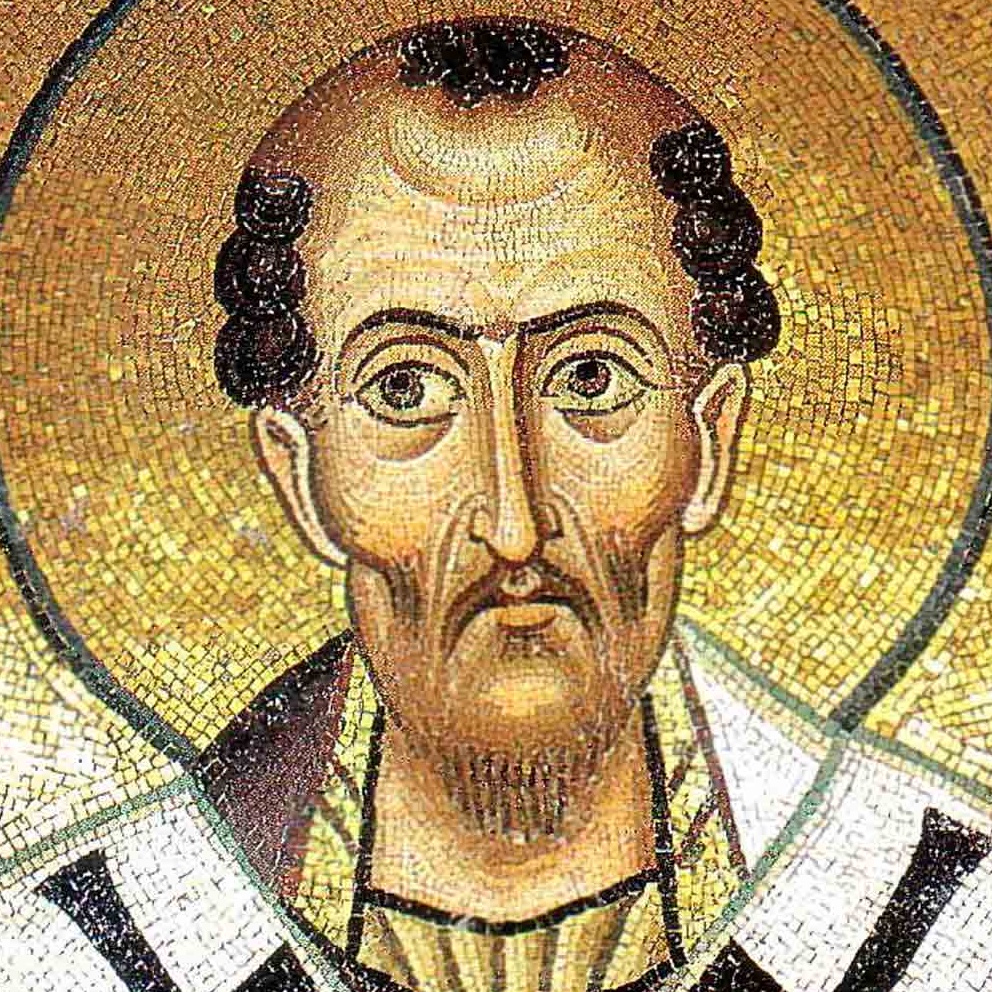 Chrysostom is still considered one of the greatest of all Church Fathers and is still known as “The Golden-Mouthed Orator.” Much of what was written against the Jews by previous Church Fathers is dwarfed by Chrysostom’s contribution. He hoped to show the Jews and the synagogue in their “true colors” to discourage Christians from engaging in relationships with Jewish people or even attending synagogue services. His descriptions of the Jewish people were very abrasive:

“The synagogue is worse than a brothel…it is the den of scoundrels and the repair of wild beasts…the temple of demons devoted to idolatrous cults…the refuge of brigands and debauchees, and the cavern of devils. It is a criminal assembly of Jews…a place of meeting for the assassins of Christ… a house worse than a drinking shop…a den of thieves, a house of ill fame, a dwelling of iniquity, the refuge of devils, a gulf and an abyss of perdition.… I would say the same things about their souls… As for me, I hate the synagogue…I hate the Jews for the same reason.… men who are lustful, rapacious, greedy, perfidious bandits…inveterate murderers, destroyers, men possessed by the devil,… they have surpassed the ferocity of wild beasts, for they murder their offspring and immolate them to the devil.”

This is obviously a baseless series of vicious accusations against the Jewish people, their customs and their practices. Chrysostom was trying to discourage Christians of his time from participating in anything Jewish, as he truly believed it was perverse. He actually called Jewish practices a disease.

“What is this disease? The festivals of the pitiful and miserable Jews are soon to march upon us one after the other and in quick succession: the feast of Trumpets, the feast of Tabernacles, the fasts…I wish to drive this perverse custom from the Church right…now that the Jewish festivals are close by and at the very door if I should fail to cure those who are sick with the Judaizing disease. I am afraid that, because of their ill-suited association and deep ignorance, some Christians may partake in the Jews’ transgressions; once they have done so, I fear my homilies on these transgressions will be in vain. For if they hear no word from me today, they will then join the Jews in their fasts; once they have committed this sin it will be useless for me to apply the remedy.”

Chrysostom had to forget that Yeshua, His family, His followers and those who came to faith in Acts 2 were all Jewish people celebrating Shavuot (the Feast of Weeks) in Jerusalem. For those who would accept it, the biblical Jewish holidays tell the story of God’s salvation plan for the Jewish people. Being grafted into the olive tree (God’s faithful remnant like those mentioned in Romans 11) means that Gentiles, as well as Jews, receive God’s many blessings:  His Word, His promises, His love, His grace and His salvation. Yet they are wise to be aware that they have been grafted into the 0live tree, and God has intended that those roots be part of how those blessings are passed on to them. (See Romans 11:17.) 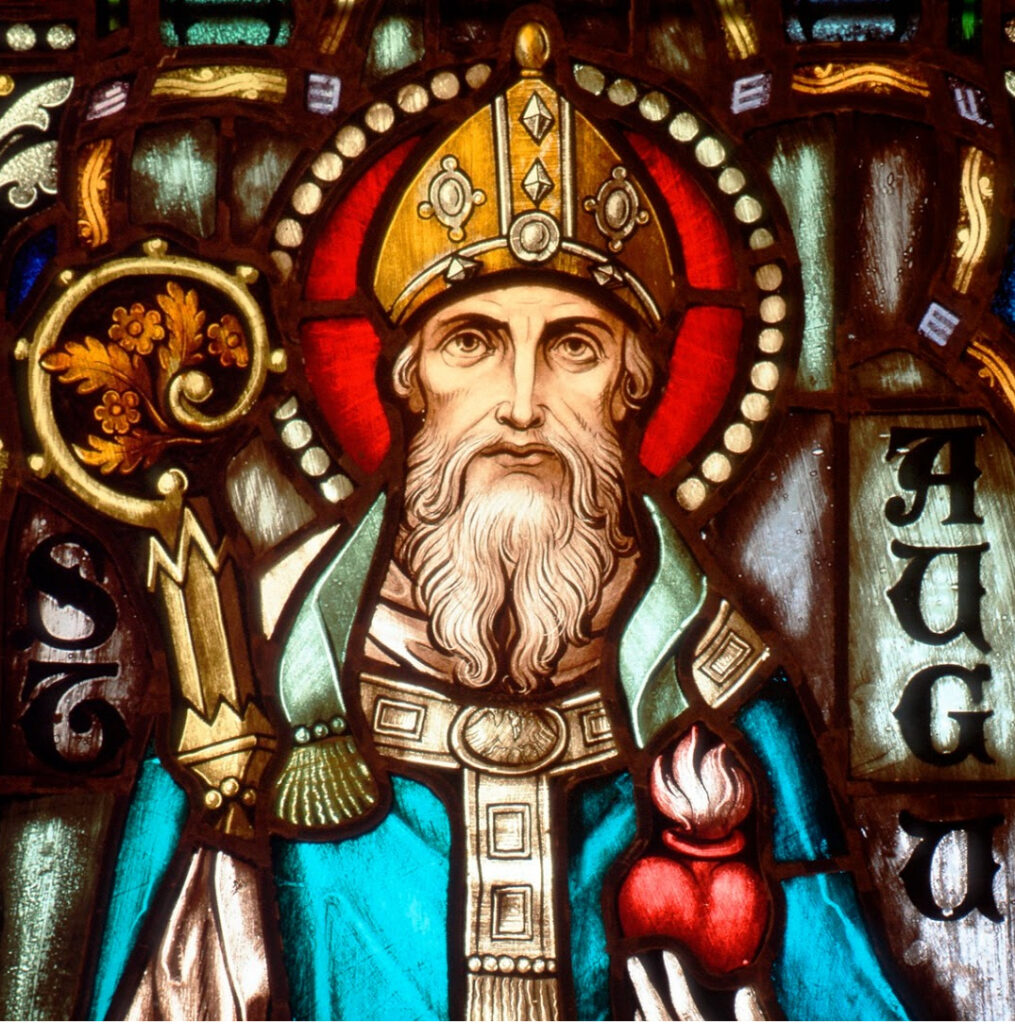 Augustine was a contemporary of John Chrysostom. He was a Christian theologian and philosopher who influenced Western Christianity in ways still felt today. He was unique in the fact that his treatment of the Jewish people reflected some ambivalence. He highly respected the writings of the Apostle Paul and often quoted Romans 9-11, yet he couldn’t understand, let alone accept, the Jewish people’s blindness and animosity towards Christianity. Of the Jewish people’s treatment of Yeshua, he wrote:
“The Jews held him, the Jews insulted him, the Jews bound him, they crowned him with thorns, dishonored him by spitting upon him, they scourged him, they heaped abuses upon him, they hung him upon a tree, they pierced him with a lance… because of the divine malediction they have called upon themselves, they are destined to be slaves.”

Furthermore, in “Confessions,” he claims:“How hateful to me are the enemies of your Scripture! How I wish that you would slay them (the Jews) with your two-edged sword, so that there should be none to oppose your word! Gladly would I have them die to themselves and live to you.”

Yet, paradoxically, he felt very strongly about Christians having an obligation to love Jewish people and share the Gospel with them. The result of his own dichotomy is that as much as he is remembered as a great contributor to the faith, he is also remembered as a profound anti-Semite.

Many Christians were killed if they held a view different from the newly adopted official view of the Empire on the Trinity. In a sense, Nicaea was connected to the compromising union of Church and State.

Additionally, the AD 325 Council of Nicaea decided to split off the celebration of the Jewish Passover by adding the celebration of Easter (most likely named after the fertility goddess Ishtar) and changing the timing of this celebration to a solar calendar event instead of keeping its place on the lunar Jewish calendar, according to the biblical direction.

Until that time, the Christian celebration of the death and resurrection of the Messiah was closely related to the Jewish Passover celebration, as it should be. After all, the Last Supper was Yeshua’s last Passover Seder of the three he performed in His public ministry (Matthew 26:1-5, 17-30; Mark 14:1-2, 12-26; Luke 22:1-2, 7-20; John 13:1-30). While the decision to no longer celebrate the Jewish Passover was made official in AD 325, it was not fully implemented until the Council of Antioch in 341. It was stated:

For it is unbecoming beyond measure that on this holiest of festivals we should follow the customs of the Jews. Henceforth let us have nothing in common with this odious people…We ought not, therefore, to have anything in common with the Jews…our worship follows a….more convenient course…we desire, dearest brethren, to separate ourselves from the detestable company of the Jews…How, then, could we follow these Jews, who are almost certainly blinded?…We further proclaim to you the good news of the agreement concerning the holy Easter; that this particular also has through your prayers been rightly settled; so that all our brethren in the East who formerly followed the custom of the Jews are henceforth to celebrate the said most sacred feast of Easter at the same time with the Romans and yourselves and all those who have observed Easter from the beginning.

We could fast forward to the 1500s and look at Martin Luther’s controversial legacy that was picked up and put on steroids by Adolph Hitler, but that will take us beyond the scope of this article. The difficulty when assessing the Church Fathers’ contribution to Christianity is to recognize the positive side of their legacy in light of the damaging writings they produced against the Jews. While they probably didn’t have destructive intentions such as the Crusades or the Holocaust, their diatribes still paved the way for much of the antisemitism of the centuries that followed.

Studying the Church Fathers is necessary to understanding how Christianity developed and how the divide between Jews and Christians widened over time. We must be informed about what helped antisemitism grow in a soil that was already fertile by virtue of the fallen human nature. This will greatly help us understand why the Jewish people are so Gospel resistant and are for the most part ignoring the promised Messiah who can be so easily found in the Bible (Isaiah 52:13-53-12).
1,469