Home » Blog » The Blood Libel: A Twenty-First Century “Medieval ” Myth Against the Jews
Spread the love 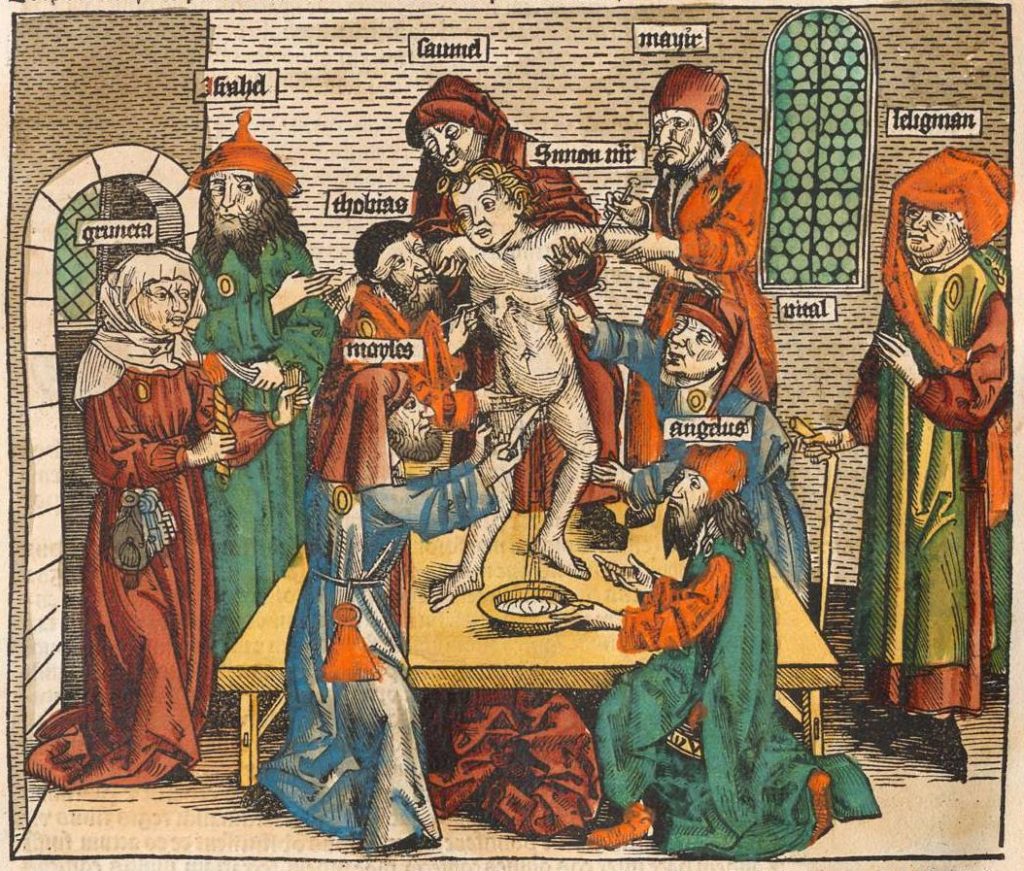 Blood has a very important role in the Bible. It was through the shedding of blood that the Levitical sacrificial system functioned (Leviticus 17:11, 2 Chronicles 30:16.) Animals had to be split or sacrificed and their blood poured on the altar throughout the year or the mercy seat of the Ark of the Covenant in the Holy of Holies on Yom Kippur. That is of course until AD 70, when the Jerusalem Temple was destroyed rendering any sacrifice impossible. Blood also plays an important part in the laws of kashrut (the kosher laws.) Jewish people are required to drain all the blood from the meat they consume. This is based on a biblical principle also found in the Bible (Genesis 9:4, Leviticus 17:12, Deuteronomy 15:23.) So as a result, religious Jewish people go to great lengths to make sure no blood is left.

In spite of all this, one of the oldest myths created against the Jewish people persists today. It is a myth that is almost 900 years old. The twelfth century introduced this new charge against the Jews that would be added to the list of reasons why they should be converted, ostracized, abused, or even killed. This new charge was fabricated from beginning to end for the sole purpose of stigmatizing Jewish people further into a demonized state. It is also known as the “Blood Libel” or “Blood Accusation.”

A broad definition of the Blood Libel is the following proposition: “The Jews would commit an official murder of a Christian, preferably a child, during Holy Week for ritual purposes.” More than 150 false charges of blood libel were recorded throughout history, resulting in the death of Jewish people (mostly during the Middle Ages). Some people even went as far as claiming that the collected blood of Christian children was used to make matzoh (the unleavened bread used for Passover.)

The first claim of the Blood Libel recorded came out of Norwich, England, in 1141 as recorded in the Catholic Encyclopedia.The dead body of a boy was found on Good Friday. The boy was later referred to as William of Norwich. The testimony of a monk (Thomas of Monmouth) was the only record of the event. No proof was ever found to substantiate the accusation.

The William murder was responsible for the crowd attacking a Jewish delegation coming to the coronation of Richard the Lionhearted in 1189. The following year, most of the Jews of Norwich were slaughtered in the village. More accusation of ritual murders and blood libels followed the first one throughout England. Jews were eventually expelled from England in 1290, and they were not allowed to return until 1655 under Oliver Cromwell.

The ritual murder libel claims picked up momentum across the Channel in France and then Germany. In France, in 1187, Jews were burned for failing the water test (the accused would either sank or remain afloat depending if they were lying or not while submerged in a tub of Holy Water).

The charge later re-emerged in Poland in the late eighteenth century, as well as the late nineteenth century in France, Germany, and Russia (1911). The same accusation has appeared more recently, in New York in 1928, in Nazi propaganda during WWII, and even in a booklet entitled “Jewish Ritual Murder” published in Birmingham, Alabama, in 1962.

While it is absolutely ludicrous and impossible to prove, it continues to be propagated today, mostly in the Middle East by anti-Semitic Muslims indoctrinated early to hate the Jews. Occasionally, it resurfaces in places where we less expect it, as is the case of the recent events that took place in Eastern Europe in November 2017. A Russian bishop close to President Putin re-introduced the idea that Csar Nicholas II and his family were killed by Jews in a ritual murder. It is a historical fact that the chief perpetrator of Czar Nicholas II was Yakov Mikhailovich Yurovsky, who was Jewish. Accusing Yurovsky of ritual murder is akin to holding all Jews responsible for the killing of Jesus when just a few within the leadership of Israel were involved along with the leadership of Rome and Roman soldiers. In reality, Jesus gave His own life for all (John 10:17-18.)

Yurovsky was a killer who happened to be Jewish and NOT a killer because he was Jewish. Additionally, there is no proof that the killing of Nicholas II and his family was a blood ritual any more than the very first accusation 876 years ago. Unfortunately, factual truth is not required when anti-semitism strikes, and it isn’t even required by those witnessing acts of anti-semitism.

The “Blood Libel” is one of the oldest and longest lasting lies against the Jewish people. It is sad that there would still be people to propagate it but even sadder that there are also people left to believe it. It is considered part of classic anti-semitism, culminating in racial Jew-hatred, which was believed to have ceased after the Holocaust. It was replaced by the New anti-semitism in the name of social justice and human rights. Who would have thought that the two branches of the same weed would intertwine and become stronger as “End-Times anti-semitism?”

For more, make sure to get a copy of my latest book: End-Times Antisemitism-A New Chapter In The Longest Hatred