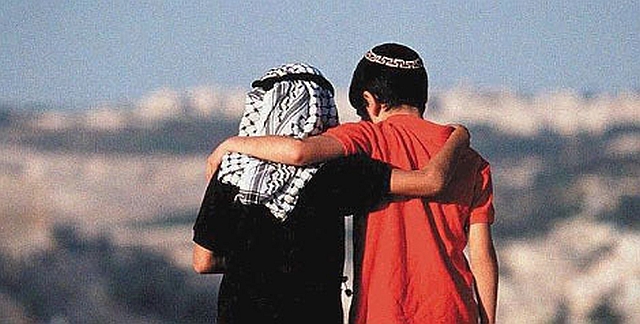 Anyone following what happens in Israel is aware that several terrorist attacks took place all over the country in the last couple of weeks: four to be exact. Asa result, thirteen Israelis have died, which is the most death by terrorism in several years, and many have been wounded. What you might not hear on the mainstream news is how many attacks were averted by the Israeli authorities. This is all happening in conjunction with the start of the month of Ramadan for Muslims. Some might say that the timing was carefully planned, but that is hard to prove.

Israel has pretty much been at war with its Arab neighbors since May 14, 1948. Terrorism is almost an expectation in the Israeli psyche, but that never prevents Israelis from conducting business as usual, day in, day out. Nothing will really stop Israel from its daily routine, not BDS, not terrorism, or even antisemitism. The accusations flow daily, “Israel is an apartheid state”, “The Jews are stealing Palestinian land”, “Israel is committing ethnic cleansing”, or even” the Jews are the new Nazis of the Middle East.” In reality, Israel is the only true democracy in the Middle East.

It is only in Israel that you can find Arabs members of the Knesset (Israeli Parliament) or even Arab triage nurses in Jewish hospitals. Israel is probably the country with the most freedoms given to Arabs in all of the Arab world. Israel truly is a melting pot where several world religions converge, especially in Jerusalem. The old city of Jerusalem is divided into four quarters: The Jewish Quarter, the Christian Quarter, the Muslim Quarter and the Armenian Quarter. For the most part, different faiths coexist peacefully within the walls of the old city and even beyond its borders. Once in a while, an incident is reported, but soon after, life resumes.

The area known as Bnei Brak is found east of Tel Aviv and is the home of the Haredi (ultra-Orthodox Jewish community.) Bnei Brak has a population of over 200,000 and is one of the most densely populated cities in the world. The reality is that there are never that many Arabs in Bnei Brak. Not because it is unsafe, but simply because this is not where their community resides.

On March 29, 2022, the Bnei Brak community was attacked by a terrorist. The Arab gunman killed five Israelis before he was shot. The victims were 4 civilians and 1 officer.  Since then, a fourth attack took place in central Tel Aviv, taking the lives of four more people and wounding a dozen more. This resurgence of apparently random terrorist attacks all over Israel could be the start of a third Intifada (uprising).  There will probably be more, and most of the “civilized” world will either ignore, downplay or flip the narrative to paint the Palestinians as victims defending themselves.

In the midst of all this terror in Israel, is a story that also got very little coverage on mainstream media. The Bnei Brak terrorist could have claimed a lot more lives, but the terrorist was shot to prevent that. One police officer, Amir Khoury, an Arab Christian, rushed to the scene with another police officer on their motorcycles. They caught up with the terrorist and shot him. Unfortunately, before the terrorist was stopped, he shot and killed Amir Khoury. Mr. Khoury gave his life up as a hero, to protect others. It was a selfless act that cost him his life, but it prevented the loss of other lives. CBN reported, “Khoury, 32, was called to the scene of a terror attack on Tuesday in the Orthodox Israeli city of Bnei Brak, near Tel Aviv. He and another cop directly engaged with the Palestinian gunman and he was mortally wounded, making him one of the five victims who were killed in Tuesday’s attack. Israeli officials say his action prevented more deaths.”

It is ironic that an Arab Christian saved Jewish people, but that is exactly what he did, and as a result, myriads of Orthodox Jews came to his funeral. They truly saw him as a hero.

It is not often that we witness Arabs and Jews getting along, although–and this is sad to say– there are always better opportunities for them to coexist, get along and even have respect for each other, in Israel, more than in the disputed territories. But Mr. Khouri was different. He was an Arab Christian. He was an Arab who might have been indoctrinated by family and/or schoolteachers against Israel and the Jewish people, but he was different. He was different because he had placed his trust by faith in the Jewish Messiah Yeshua (Jesus). Only when we are reborn in Yeshua as it was advised to Rabbi Nicodemus in John 3:1-15 by Yeshua, can we see people from a different perspective.

When we commit our life to the Messiah of Israel and Savior of the world, we truly understand and are able to apply in our own life the difficult verse spoken by Yeshua in Matthew 5:43-44, You have heard that it was said, You shall love your neighbor and hate your enemy.’ But I say to you, Love your enemies and pray for those who persecute you.

Yeshua understood what it meant to sacrifice oneself for others. He was the epitome of self-sacrifice unto death. He gave us the model for Christian living, a model that Mr. Khoury understood and was willing to accept all the way as his actions showed us recently. 1 John 3:16 is clear, “By this we know love, that he laid down his life for us, and we ought to lay down our lives for the brothers.”

Mr. Khoury wasn’t just a hero to his community, but he was a reborn creature who set aside any differences he might have had in the flesh, to serve God as one of his children. I look forward to seeing my brother Amir Khoury in heaven and in the meantime, I express my gratitude to his mourning family.

Behold, how good and how pleasant it is for brothers to dwell together in unity! – Psalm 133:1