Home » Blog » So, The Jews Didn’t Kill Christ After All! Really?
Spread the love 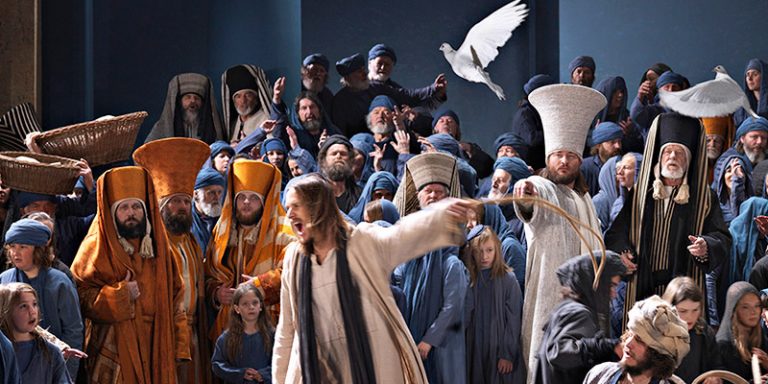 One of the oldest lies used against the Jewish people is that of deicide. We have been collectively accused of killing Christ pretty much from His death forward. This accusation is probably the number one reason for Jewish persecution, expulsion and murder across the centuries. It can be traced back to early Christian apologist Justin Martyr (A.D. 103-165) and Melito of Sardis (Died A.D. 180). They were two of the pioneers of the accusation of deicide and they paved the way for many more Church Fathers, theologians, Christian apologists and others to reinforce the idea that not only the Jews were “Christ killers”, but that the accusation was universal, corporate and eternal. In other words, the stigma of deicide is apparently here to stay.

Many of these Church Fathers became members of the Roman Catholic Church theology and doctrine “Hall of Fame” and helped one of the oldest tropes get very deeply rooted in the Catholic faith. So much so, that it wasn’t until 1965 that Pope Paul VI declared in Nostra Aetaete that the Jews were no longer responsible for the killing of Christ. So, were we collectively responsible for His death until 1965? Did the Pope wake up one morning and decide that the accusation wasn’t valid anymore? Could it be that the Bible was completely taken out of context to arrive at such a gross accusation?

Yeshua (Jesus) gives us a very clear answer in the Gospel of John in the parable of the good shepherd. It appears that His death was planned as part of God’s plan from eternity past. Yeshua says in John 10:17-18:  “For this reason the Father loves Me, because I lay down My life so that I may take it again. No one has taken it away from Me, but I lay it down on My own initiative. I have authority to lay it down, and I have authority to take it up again. This commandment I received from My Father.” So, the facts are in, Yeshua gave His own life as a sacrifice for all people; Jews and Gentiles. It was a voluntary sacrifice of the innocent for the guilty. We all killed Him, but the myth of deicide has been so persistent and pervasive that to this day, it is a hard one to fight, but there is hope against all odds.

I found hope in a recent turn of events that took place in Germany in the little town of Oberammergau in Bavaria, the southern part of Germany. But first, a little background history. That little town has been hosting a Passion play for almost 400 years now. It was first performed in 1634 after the villagers vowed to perform the play every ten years into perpetuity if God spared them from the bubonic plague. Legend has it that a man came to the village with the plague and died from it, but miraculously, all the villagers survived and never got the plague. The promise had to be kept, so every ten years, a massive Passion Play is organized that utilizes only villagers (up to 2,000 of them) for staging, lighting, decor, directing, music and performing. People come from all over the world to view the famous Oberammergau Passion Play which lasts for about six months.

Unfortunately, the play has been laced with antisemitism pretty much from its inception. It has continually portrayed the Jewish people very negatively, feeding the age-old canard of deicide without any apparent remorse. It went on pretty much uninterrupted. But,  In 1966, a group of personalities from the entertainment industry along with some intellectuals and academics complained about the anti-Jewish sentiment displayed all throughout the play. One of the personalities, Holocaust survivor and author Elie Wiesel stated, “The artist cannot be silent when the arts are used to exalt hatred. If the people of Oberammergau feel that they cannot faithfully represent their vision except through an explicitly anti-Semitic text, then others have no choice but to denounce that vision and urge that all who share our view join with us in condemning the performance.” The battle continued well into the twenty-first century. The latest performance year was supposed to be 2020, but because of the pandemic, it was pushed to 2022. This is where I become hopeful.

The current director of the Passion Play is Christian Stückl, and he has worked closely with Jewish organizations such as the Anti-Defamation League and the American Jewish Committee to eradicate the antisemitic overtones that the play has been pushing since the 17th century. As Christian Stückl took on the direction of the play, he said that his number one concern was ” to eliminate its anti-Judaism.” This is a very commendable task going against the flow of almost 400 years of antisemitism intertwined with biblical teaching about the death and resurrection of the Messiah.

Even before the play would start, Stückl organized a trip to Israel for the main characters in the play to help sensitize them to the truth of the Bible in its Jewish context and to the fact that Yeshua was not killed by Jews at all. He wanted his actors to try to put themselves in the shoes of a Jewish audience. He also invited Jewish people to help him in assessing his changes. I am not sure that the play would ever attract a substantial Jewish audience, but just the fact that they are becoming sensitive to the Jewish community speaks very highly of Christian Stückl’s desire to right a wrong of 400 years.

Will this end all antisemitism? Certainly not, but when we see the bully in the schoolyard, we should do all we can to stop him, even though we know he most likely will return soon after. Antisemitism comes from so many sources and has been the longest hatred. Considering that many people hate the Jews even though they have never met anybody Jewish in their lifetime says it all! Christian Stückl is a great example of one person making a difference. His decision has actually affected a lot of people in the 2020 play. Not only has he helped reshape the preconceived ideas that some of the inhabitants of Oberammergau had for decades if not centuries, but his new adaptation of the Passion Play will help much since the average attendance from around the world is about 500,000 over the whole season.

One voice can count. May God honor Oberammergau’s Passion Play director for his courage and desire to set the record straight against the flow of accepted Jew-hatred around the world.